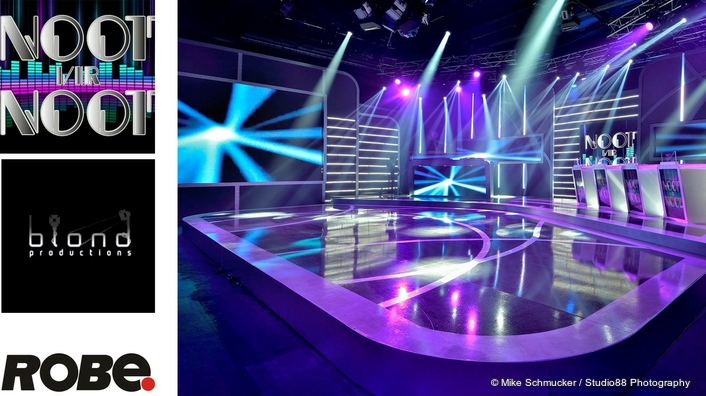 Robe moving lights were all over the rig designed by Ryan Lombard, H.O.D of show lighting for lighting suppliers Blond Productions, for the latest series of popular Afrikaans language music quiz “Noot vir Noot” which is broadcast on South Africa’s SABC2 channel. It’s the longest continually-running TV game show in the country – first broadcast in 1991 and presented for the last 28 years by Johan Stemmet. He finally stepped down in January this year to focus on other projects including producing “Noot vir Noot” through his company Stemmburg Television. Popular actor and singer Emo Adams was revealed as the fresh new face of the perennially popular show in the latest series.

Ryan himself and Blond Productions, who delivered lighting, audio and LED screen, had already clocked up at least 10 years on the series.

Ryan started as a follow spot operator in 2008 / 09, when he remembers even back then there was a Robe connection, with 12 x Robe ColorSpot 250s and six ColorWash 700E ATs in the mix. “The production has just continued growing organically with more lighting each series,” he commented. 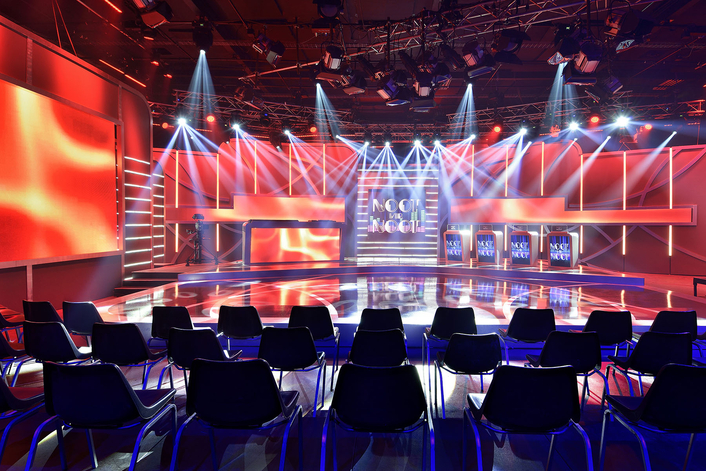 For this series, with all the changes, the producers wanted a complete revamp for the show that was recorded at the Urban Brew Studios in Randburg! Blond Productions’ owner and founder Christiaan Ballot and Ryan designed a new set concept, and with the new flavour came a new vitality and vibe, all beginning with the visuals!

The whole series was shot in a week, so it was an intense process – and for that reason, Ryan wanted a lighting rig that was hugely flexible and very versatile, quick and easy to programme … and that looked amazing.

The LEDWash 300s were located all around the studio at the back, and used as primary rear lighting on the band – the shows also all included live performance – and on the contestants, of which there were four per episode. A live DJ was also present in the studio doing all the musical stings and bumpers. Positioned as they were, the LEDWashes could also illuminate the audience nicely.

The MMXs Spots were ensconced in the set walls and used for beam work and some gobo texturing and distinctive gobo looks.

The miniPointes were also rigged towards the back of the set playing to the front with beams and effects. Ryan continues to be impressed with these which he calls “fantastic for the small size and what they do.”

The CycFX 4s were in the roof above the set panels just behind the contestant booths and the 600E Beams were also in the roof, supporting the MMX Spots and miniPointes with more beams and lively colourful effects. 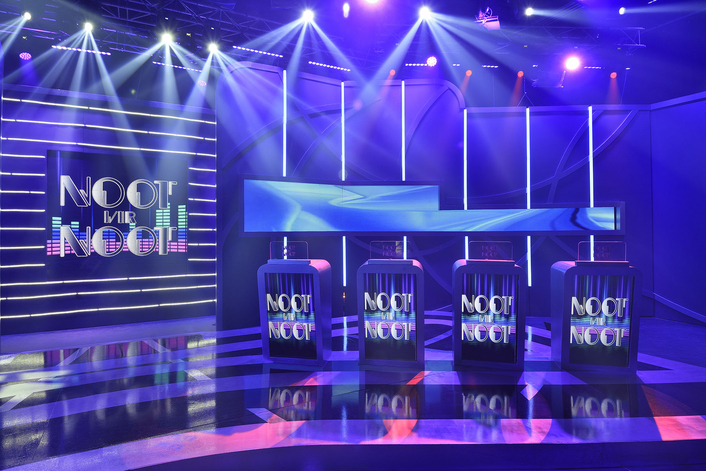 There were no lights on the floor as the intention was to keep it clean and clear of clutter … which was a departure from the previous series, where floor lighting was very prominent.

Ryan used lighting to build the looks and create colours that matched with and related to the graphics appearing on the LED wall, working in conjunction with Alistair Richards who took care of all the white light elements, while Ryan added the moving light razzamatazz.

Ryan ran the show on a grandMA2 light console while Alistair ran the white lights on an onPC. 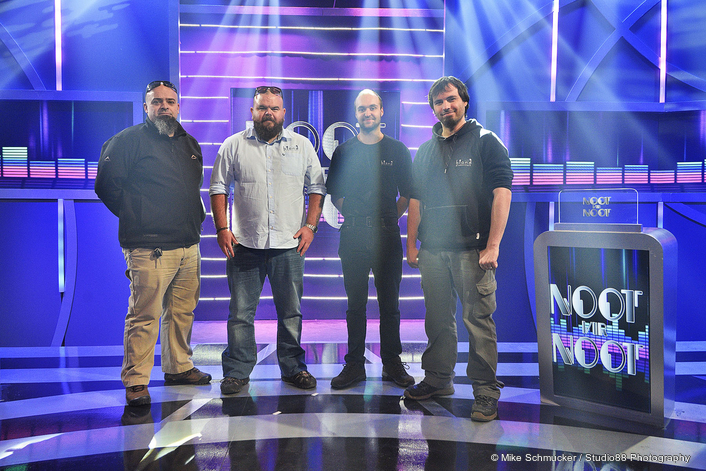