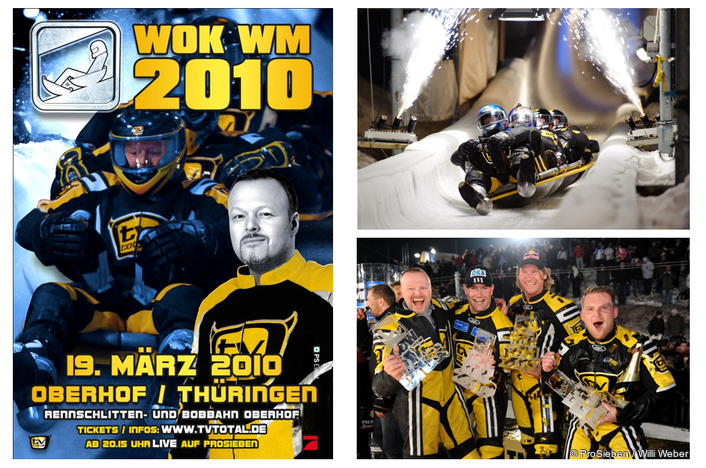 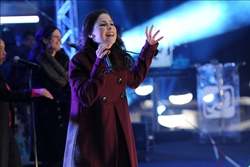 A premiere took place on the music stage where "Our star for Oslo" Lena Meyer-Landrut performed her winning song "Satellite" live for the first time following Stefan Raab's Grand Prix-casting. Amy McDonald was also on stage presenting her song "Do not tell me that it's over" and the Hip-hop-Group "Fettes Brot" sang the 2010-version of their hit "Jein". Matthias Opdenhövel hosted the "TV total WOK World Cup 2010". Carolin Kebekus and Sonya Kraus were interviewing the ‘drivers’ at the start and finish lines.

There was a huge rush for the 6,000 available tickets as they sold out after 48 hours and additional tickets were made available due to the high demand. 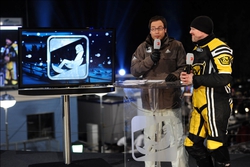 The "TV total WOK WORLD CUP 2010" was the most successful programme on that night: 20.1 percent of 14 - to 49 year olds watched the event on ProSieben. Overall, an average of 2.58 million viewers was in front of their screens. They saw the veterans triumph - the reigning World Champions Stefan Raab and Georg Hackl defended their titles and Joey Kelly won his tenth medal. For the fourth consecutive time, Georg Hackl won the 1-Man Wok World Cup – his time was 10 seconds ahead of the competition. In the 4-man Wok category Stefan Raab defended his title along with Olympic champion André Lange, actor Axel Stein and Surfer Björn Dunkerbeck.

The final and qualifying heats were broadcast by nobeo on behalf of Brainpool. Nobeo’s OB1 & Cinevideogroup’s OB14 deployed a total of 35 cameras including two super slo-mo’s between bobsleigh run and show stage. In addition On-board cameras and a "Spidercam" were used. Eight kilometres of cable and 80 crew made up the technical complement for this huge event.