No Sound Without Adlib … for The Script

Danny O’Donoghue from The Script
In a busy year where some seriously talented and influential artists are hitting the road, Adlib is delighted to be audio supplier for The Script’s new ‘No Sound Without Silence’ world tour which has kicked off in the UK and Europe in great style!

It’s the fourth album campaign on which the Liverpool based company has worked with the popular Irish rock band, alongside Production Manager Bob O’Brien and Tour Manager Quinner, supplying another great sounding audio system and an A-Team crew to work with engineers Richy Nicholson (FOH) and Paul ‘Mini’ Moore on monitors.

Adlib’s crew is led by Crew Chief Marc Peers who is also co-ordinating Monitor World, with Tony Szabo KSE as the Systems Engineer, charged with the dextrous task of fine tuning a perfect system every day whatever the venue or surroundings, delivering continuity and sonic confidence to Richy’s rich animated mix.

They are joined by Adlib’s Michael Flaherty and Simon Lawson. 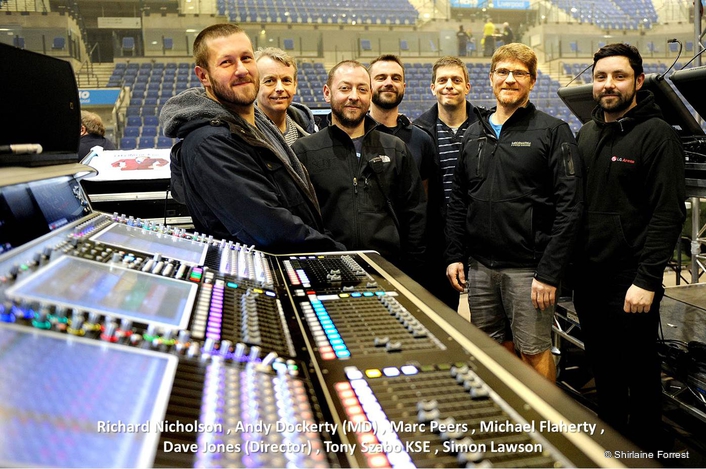 They are joined by Adlib’s Michael Flaherty and Simon Lawson.

The system is L-ACOUSTICS, with main hangs of 14 x K1 speakers a side with 4 KARA-downs, with 8 x K1SB subs flown directly upstage to give that rock solid studio monitor like punch to the low end. These are augmented with side hangs of 12 x K2 a side with upstage hangs of 9 x KARA per side.

On the ground, full advantage is taken of the curved stage front to facilitate an innovative sub bass configuration comprising 19 x SB28s which ensures that a very even sub low rumble is distributed throughout the venue. 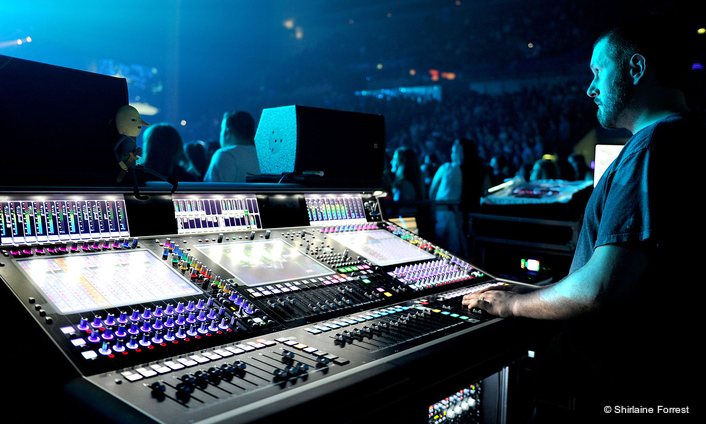 Richard Nicholson FOH for the Script mixing on a DiGiCo SD7

The 19th sub cabinet is positioned dead centre under the stage, pointing backwards to reduce the rattling of the folding stage system. 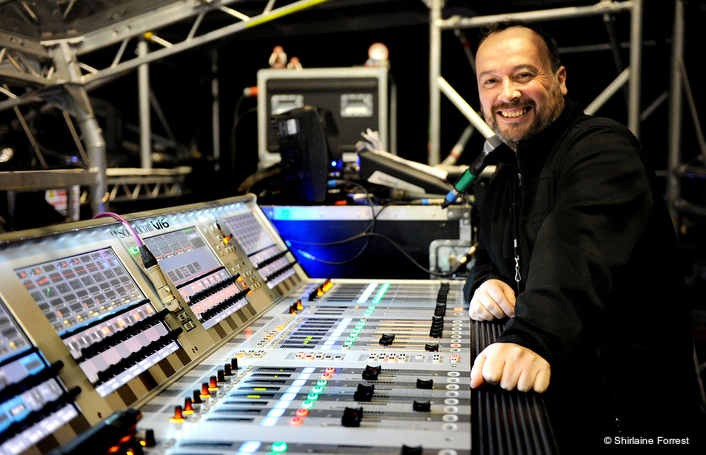 Beneath the B Stage – which is 10ft high and located behind the FOH position – speakers are hidden under the stage to fill an ‘audio void’ for the parts of the show when the space around the B Stage gets filled up with fans wanting to get up close to the band.

The system is powered throughout by L-ACOUSTICS LA8 amps running AES, with a standard Adlib Lake rack for system processing, running Dante over fibre.

Richy’s console of choice for this tour is the DiGiCo SD7. He started using it when they opened for One Republic in the US at the beginning of the year, after which it was added to his spec. Adlib is supplying an SD11 that was originally for the opening act, but is now for backup as the openers are also using his SD7.

All the inputs are run via a DiGiCo SD rack and two additional 16 channel DiGiCo SD-Nano racks – the latter handles all the B Stage inputs. An Apogee Big Ben clocks the DiGiCo Optocore system and Lake systems, everything running on Dante and the L-Acoustic LA8 amps, all of which are synchronised and running at 96 kHz.

One of the biggest challenges is the fact that all the technical elements – rigging, stage, set, lighting, video and audio – making up this ambitious and highly visual production fit together like a giant jigsaw.

So … all parts of the production are constructed / wired up in other parts of the venue and then guided into the rolling-riser based stage masterplan according to key timeslots when they are ready to be physically moved into place. 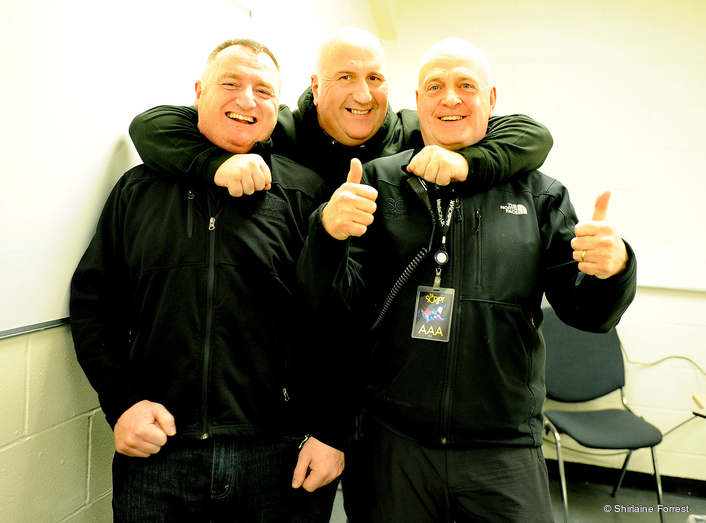 To ensure that all their get-in time is efficiently utilized, Adlib’s crew has devised ways to ensure their get-in work flows continuously, even while they might waiting for a slot e.g. the monitors are all cabled up on the arena floor and then rolled into position, with the set pieces all ready to go in behind.

Marc Peers – working on this third Script tour - comments that most of the crew have been with the band for a long time, so it’s like reuniting with familiar friends again.

Mini uses a Soundcraft Vi6 console & Sennheiser 2000 series microphones. The band have their own Sennheiser IEM systems for this tour, which are “Great, reliable and by far the best radio systems currently available,” states Marc. 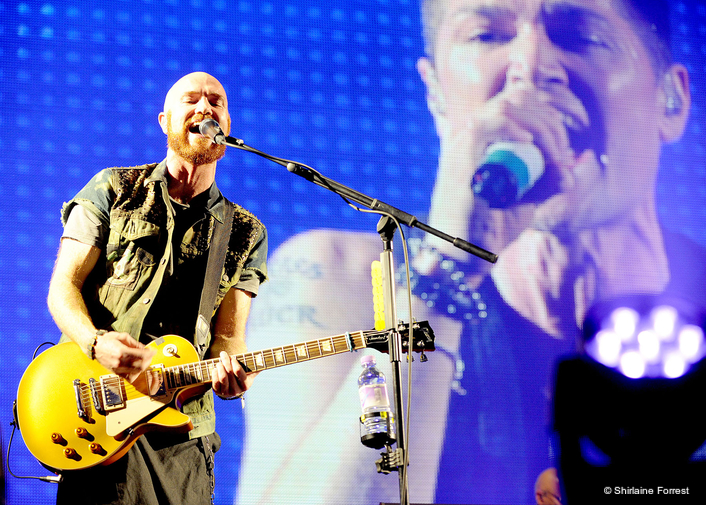 Mark Sheehan from The Script.

There are eight IEM mixes for the band, drummer Glen Power has an Adlib MP4 sub behind him and there are four L-Acoustic SB28s dotted along the back of stage for atmosphere and air movement.

Mini is utilising all the Vi6s on-board effects & dynamics, so his side-stage footprint is extremely expedient, with just the console and a rack of IEMs.

Marc and Tony both comment that everyone on the tour – band and crew - are “Top notch” and great to work with. They are looking forward to a busy summer with lots of fabulous show-stopping performances ahead.

Adlib Director & account handler Dave Jones said “we have been lucky to work with such a great team of people around the band, it definitely has a unique family vibe on tour. The band & their live show itself has grown so much over the years, it is a real pleasure to be involved.”