NEP UK Powers Up ‘The Circle’

NEP UK, the leading provider of outside broadcasting, fixed rig, remote production and media workflow solutions, reveals that is has played a critical role as key technical partner for a second year for the largescale production of Studio Lambert’s social media reality TV series, The Circle, for Channel 4.

Over 135 cameras cover a total of 18 apartments and breakout rooms, the largest number of cameras NEP has deployed on a single production to date, allowing up to 36 video streams to be recorded simultaneously, and editing is undertaken on an EVS backbone with a 25-minute turnaround. One of NEP’s key workflow innovations, and one that distinguishes it from previous reality show successes for the company, such as its long running support of Big Brother, is the use of 10 mini galleries in the production each using a bespoke NEP camera control platform and router setup Each of these galleries in turn feeds into a Master Gallery which stitches all the elements together.

“At NEP, we adapt our technology solutions accordingly to our clients’ needs and proactively take our existing technology knowledge and extensive experience to create new and original ideas,” comments Jason Spencer, Creative and Commercial Director at NEP UK. “When preparing for the second run of The Circle, we asked [Studio Lambert/Channel 4] if there was anything that we could improve on the workflow design and material handling from Series One, their answer was simply nothing – which is a great vote of confidence in what we do and how we understand the creative requirements, but yet we still strive to further refine our production offering.” 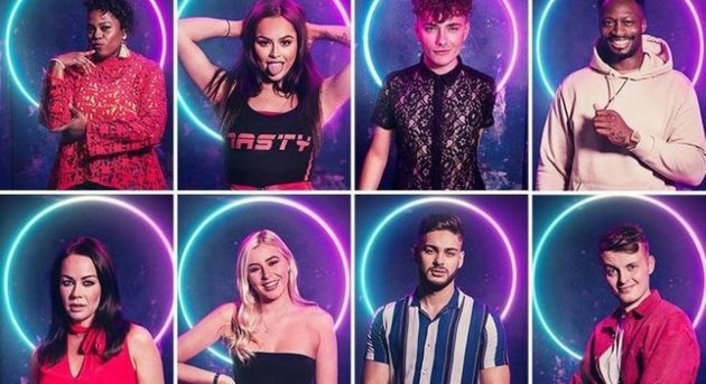 The Circle has a complicated technical set up, involving 24/7 monitoring by multiple teams across three interlinked sites which demands a rigorous production plan that was first put in place by NEP UK for the original series in 2018. With The Circle in control, there are games, surprises, twists and turns, with NEP facilitating the combination of new experiences for the players, additional live shows and the extension of transmissions, the 2019 production has followed an evolving production workflow to the first series of the popular late-night show.

“The Circle is a complicated build because it has to cover three large technical sites; the apartment block, the studio for the live programme, and the production building,” explains Jason. "The apartments are in fact on the other side of a busy road from the other two areas and are connected by over 130km of fibre. We also have to balance the ongoing 24/7 demands of the production, with the requirements of producing a massive live show from the middle of it, especially as any of the live sources can be put through to the live programme at a moment’s notice.”

The Circle sees players isolated and moved into individual apartments within a dedicated building in Salford, only able to communicate with each other via a bespoke voice-activated social media platform, called ‘The Circle’. Over the course of a three week series, thirteen contestants play a game of words, creating alliances either as themselves or by assuming an alternative identity as a tactic to win. Contestants build up their ‘ratings’ each day to become ‘social influencers’, whilst trying to figure out who is genuine and who is the catfish, with a goal of eliminating each other by ‘blocking’ other players from The Circle. With a £100k prize up for grabs for the most popular at the end of the competition, a winner is eventually chosen by the public in a live finale, hosted by TV’s Emma Willis.

Following on from its success in the Entertainment, Documentary and Reality TV genre earlier in the year with ITV Studios Entertainment for the summer’s biggest reality show, Love Island, NEP’s work on The Circle confirms its status as the go to provider of cutting edge rigs for the very largest, fast turnaround reality projects, as part of the NEP Worldwide Network.

The Circle completes its second series on Channel 4 on October 18.

To discuss any programme ideas, from a pilot to a largescale show, feel free to contact Jason Spencer at jspencer@nepgroup.com

For over 30 years, NEP has been a worldwide outsourced technical production partner supporting premier content producers of live sports, entertainment, music and corporate events. Our services include remote production, specialty capture, RF and wireless video/audio, studio production, audio visual solutions, host broadcast support, post production, connectivity and transmission, premium playout and innovative software-based media management solutions. NEP’s 4,000+ employees are driven by a passion for superior service and a focus on technical innovation. Together, we have supported productions in 87 countries on all seven continents.

NEP is headquartered in the United States and has operations in 24 countries.