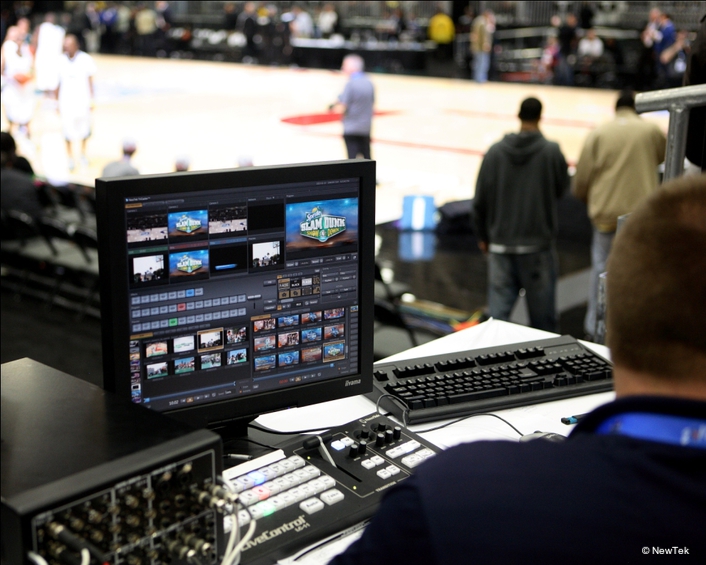 TriCaster at NBA All-Star Jam Session
NewTek will host “Stream or Die: How to Capitalize on Portable Live Production,” an event bringing together top broadcast minds as they reveal the art and science of next-generation live production. The event will be held Tuesday, April 13 beginning with a cocktail reception at 5:30 p.m. PT, followed by the presentation from 6:30 to 7:30 p.m. PT at the Renaissance Hotel (adjacent to the Las Vegas Convention Center).

"NewTek TriCaster has enabled MTV to develop innovative production workflows and affordable multi-camera live streaming; it will be fun to share our applications and learn new ones from peers,” said Jeff Jacobs, vice president, production planning and strategies, MTV.

To register to attend, please follow the link at the bottom of the page. Cocktails, wine, beer and delicious treats will be served. Two free drink tickets will be provided to the first 200 guests. 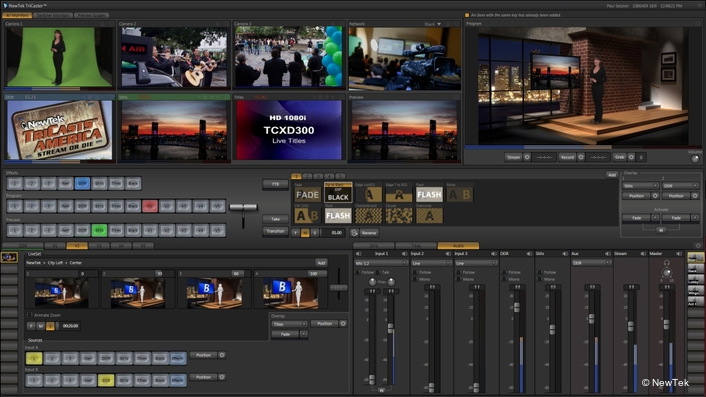 With TriCaster™, anyone can simultaneously produce, live stream, broadcast and project HD and SD network-style productions. A single operator or small team can create sophisticated productions while switching between multiple cameras, virtual inputs and live virtual sets, while automatically inserting clips, titles and motion graphics with multi-channel effects. In addition to MTV, NBA D-League, New York Giants and “Furious World,” TriCaster is used by broadcasters, sports organizations, schools, houses of worship, government agencies and others to provide a new level of extended programming and content to their audiences.

At NAB, NewTek will be awarding over $60,000 in prizes with the TriCaster-A-Day Giveaway. The company is also encoring its TriCaster NAB Upgrade Guarantee. Customers can trade-up any TriCaster portable live production system purchased between January 15 and April 12, 2010, for full purchase price credit towards any new TriCaster product introduced at the 2010 NAB Show in Las Vegas from April 12 to 15.

Stream or Die
NewTek at NAB