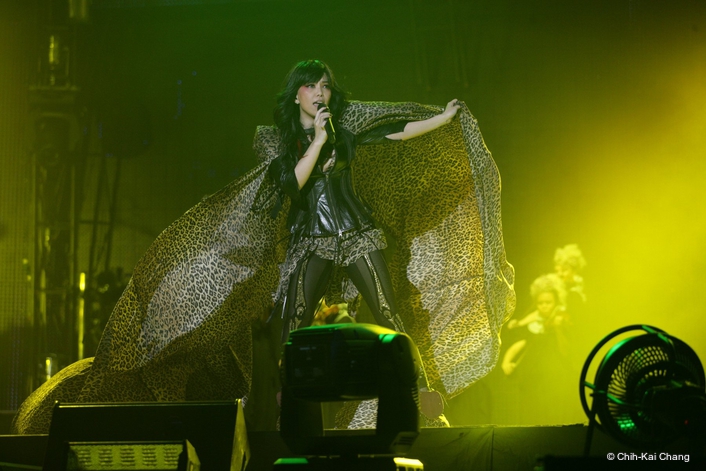 Released in June 2009, the AMIT album contains hits such as Open Your Eyes and OK. AMIT is derived from A-mei’s original name, Gulilai Amit. The ongoing AMIT Live First World Tour, which boasts neither elaborate costumes nor fancy effects, takes A-mei’s performing and music career to a new high.

The thrill of delivering a world-class act aside, A-mei is also relishing the company of longtime supporters and partners, her manager Isaac Chen revealed.

As Chen puts it, Sennheiser is like the diva’s longtime friend. “They may not be around each other all the time, but place a Sennheiser microphone into A-mei’s hands and she knows how to use it to sound really good. It’s a familiarity and comfort level that cannot be easily replaced.”

The 200-minute concert, which has made its rounds in several cities in China, Singapore, Malaysia, Tokyo, Taipei and Kaohsiung, has its challenges, he added. 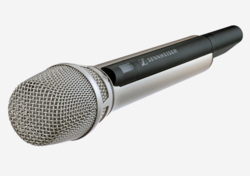 “The number of lighting specialists has tripled from the usual two, while the band comprises talented Japanese musicians on top of new faces in backup vocals,” explained Chen. “It was a relief having Sennheiser on board as we knew we would have one less area to worry about!”

For A-mei’s rock edge in the AMIT Live First World Tour, Sennheiser availed a black SKM 5200 paired with dynamic capsule MD 5235. According to Vince Tan, Sennheiser’s relations manager for the Asia-Pacific region, the combination is ideal for the acclaimed artiste as the MD 5235 is highly sensitive and produces a rich overall sound that complements and reflects A-mei’s powerful vocals in a quick tempo setting.

A-mei and Sennheiser will continue on to other Chinese cities, Canada and the United States – no doubt forging an even stronger alliance for years to come.