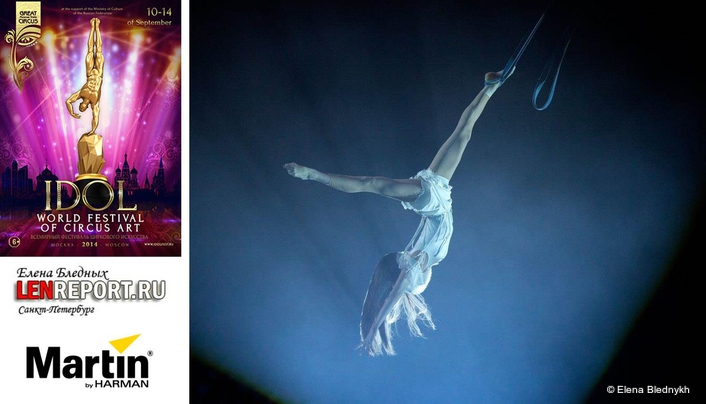 .
With a unique style of its own that miraculously intertwined the best traditions of Russian and Soviet culture as well as new trends of the modern entertainment industry, the World Circus Festival “IDOL 2014” took place at The Great Moscow Circus from September 10th through 14th. HARMAN’s Martin Professional fixtures played the main role in creating exciting lighting effects in accordance with the vision of the event.

“The fixture park of The Great Moscow Circus has all the necessary creative instruments to implement my ideas,” said Roman Vakulyuk, Lighting Director. “I really like the MAC III Wash. It is a very powerful fixture with an excellent CMY color-mixing system. Thanks to its superior optics I can express all my ideas in lighting without any technical limits. In my mind, each big venue must have this kind of fixture as it can make a high-quality background for any light show.”

The lighting installation for “IDOL” at the circus was arranged in a special way. The main part was a large ring with MAC III Washes, MAC Viper Profiles, Atomic 3000 DMX strobes + Atomic Colors as well as MAC Auras. “It gave us an opportunity to make lighting compositions for the arena itself and the audience. The colors of those fixtures were not violent but soft and ‘lifelike’,” said Vakulyuk. 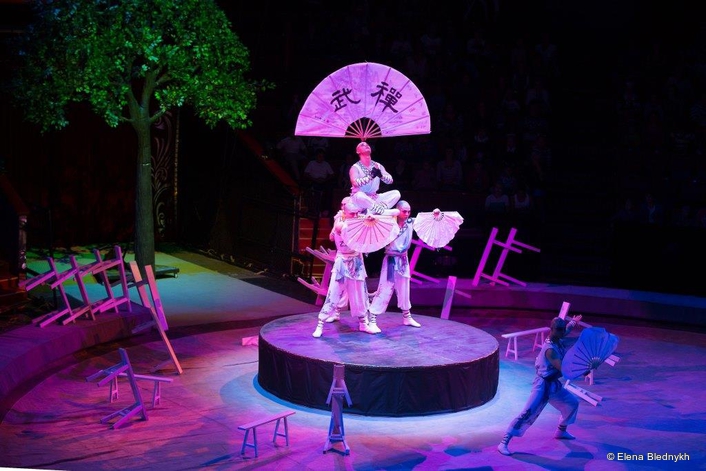 The second part of the installation was a top round truss with MAC III AirFXs, MAC III Performances and MAC Viper Profiles in several circles. Each circle is a rig with lighting fixtures - 360 degrees - which makes it possible to cover each section with effects inside and outside of the arena as well, as the action can take place in the spectator zone or in the space below the roof. “This 360° approach to the rig allowed us to work on the entire space of a huge arena, ” said Vakulyuk.

The third part was located in the audience area with Compact MACs 101 as the workhorse creating a necessary volume effects from the audience during the show and their compact size was an advantage, as they did not make any obstacles for spectators.

“Currently, I work with the MAC III AirFX and MAC III Performance,” said Vakulyuk. “They are wonderful fixtures to create a beautiful scenography. I can easily make different animation effects - water, fire, and others. I like the set of features of those fixtures in comparison with traditional spots that offer colors and gobos only.”

During the five days of the festival, the lighting fixtures were never turned off. There was a continuous working process that included rehearsals, preprogramming and then shows in the evening.

“The festival was a tough schedule for us,” said Vakulyuk. “The lamps were on all the time and we never needed to reboot the fixtures. Martin’s gear really can work non-stop and it never fails.”