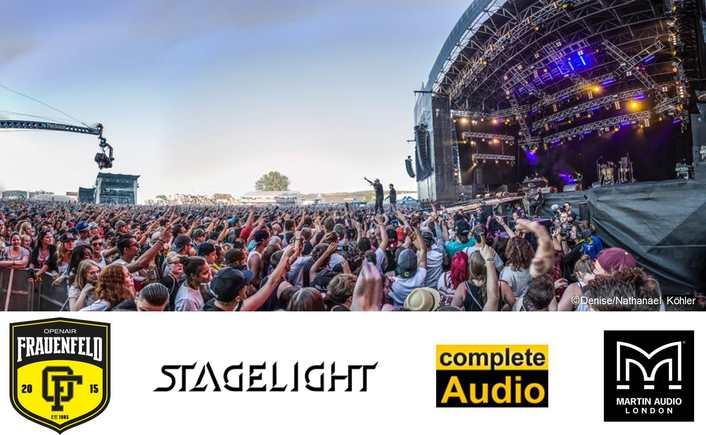 Crowds of up to 130,000 attending OpenAir Frauenfeld in Switzerland were treated to music from leading exponents of the dance genre pumping through their high profile rigs across the three main stages.

These were equipped exclusively with Martin Audio components by Stagelight AG Showtechnik Switzerland, a long time user of Martin Audio systems, as part of a complete technical infrastructure that included lighting, video, audio and power. All Martin Audio components were sourced from their own inventory with the exception of the main stage, where Berlin based Complete Audio, the first company to invest in the British manufacturer’s new generation MLA series, supplied this award winning system. 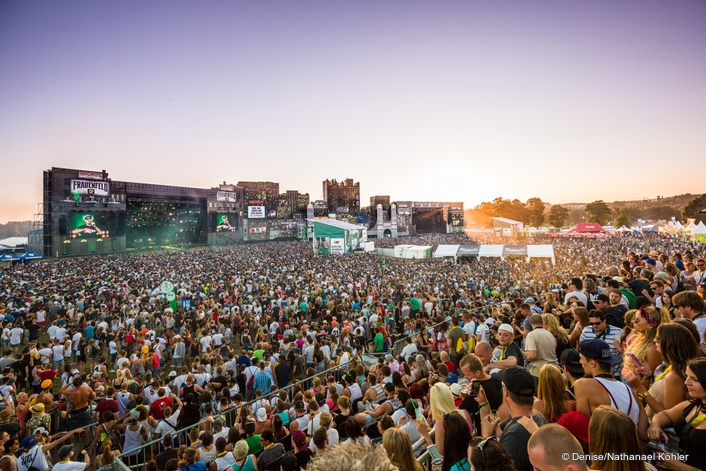 Stagelight audio project manager, Michael Dünki confirms that the premier stage featured hangs of 12 MLA + 1 MLD Downfill on each side of the stage, plus 24 MLX for the low end in a broadside cardioid array, which was particularly appreciated by the TV and radio production teams. “With this set-up we could easily reach the permitted maximum SPL of 100dBA (Leq 60) over the full coverage length of 90m, and registered 0dB decrease between the loudest point in front of the stage and the FOH position,” he reports.

Meanwhile, the B-Stage was equipped with eight Martin Audio W8L Longbows plus two W8LC Compact line arrays on each hang, with 28 WSX subwoofers for LF extension. 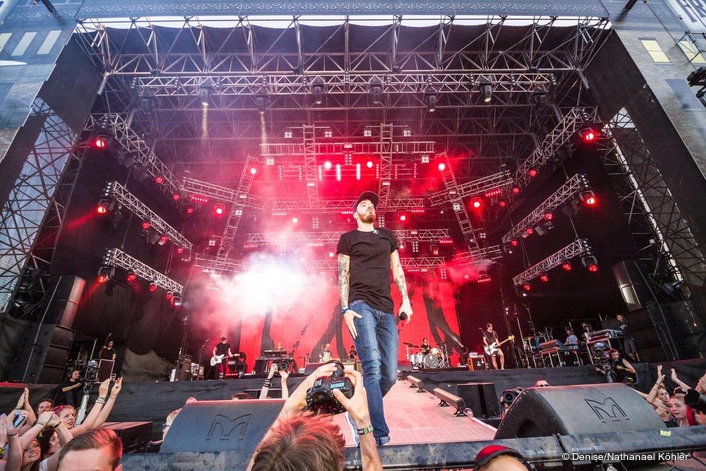 As for the C-Stage, known as ‘La Fabrik’ this was a cross between a live sound stage and a club and set in two huge tents. Here Stagelight installed 16 Martin Audio W8LM Mini Line Arrays with nine WS218X subs in one tent, which was open on two sides. Meanwhile, in the closed Club tent 10 of the company’s flown, high output XD12’s, and six WS218X proved ideal for this set-up. “In these locations it was also important to install the subs in a cardioid array, because otherwise the live stage would have disrupted the lounge-feeling on the other side and vice-versa,” added Dünki.

The audio planning for the two main stages was undertaken by Michael Dünki and Benjamin Riggenbach while Complete Audio’s Niels Uhthoff, oversaw set-up of the MLA and MLX system. 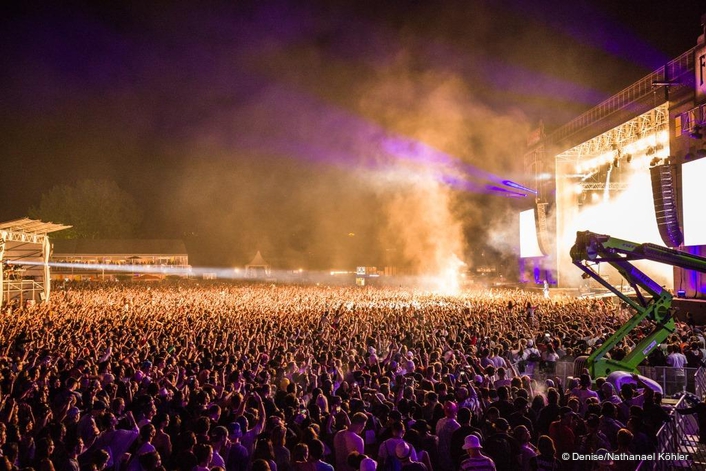 Stagelight, meanwhile, own the biggest Martin Audio fleet of any rental company in Switzerland — and since the Swiss summer festival season represents a large part of the company’s work roster, they frequently need to draw on all of that resource. For in addition to OpenAir Frauenfeld, these include Blues'n'Jazz Rapperswil (35,000 visitors); OpenAir Lumnezia (20,000 visitors); Heitere OpenAir (35,000 visitors) and Summerdays Festival (20,000 visitors).

All Martin Audio loudspeakers are supplied to the Swiss market via their territorial distributor, Go Wild AG.