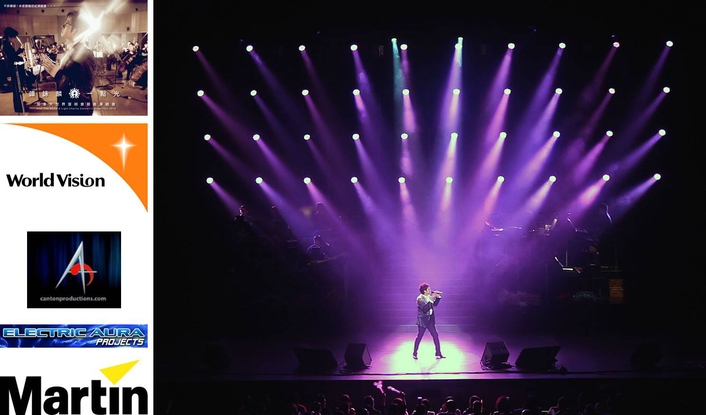 Lighting by Electric Aura Projects
One way that World Vision raises funds for its African relief programs each year is to stage a tour across Canada with an international pop star from Hong Kong.  This year’s headliner was Alan Tam who performed shows beneath a Martin rig of MAC 101™ and MAC 700 series moving heads.

Vancouver-based Canton Productions has extensive experience in this market and once again called upon Jason McKinnon from Electric Aura Projects (EAP) to design the lighting for the tour.

Jason describes the event: “Being a charity event, I need to squeeze every penny out of the budget with so many factors to consider. The show is in theatres with very limited setup time and there is no possibility of travelling with equipment due to distances between show and the turnaround times. This means I need to maximize each theatre’s existing inventory and use local rentals for the tour lighting, keeping in mind it will all be a clean start each day with only 4 hours of setup. Having used the MAC 101’s many times, I felt these would be an ideal solution to achieve a unique look.”

Jason developed some renders early on for Michael Wong of Canton Productions who was also familiar with the MAC 101’s. “He added some great ideas and we eventually came up with a fast and great solution using the theatre’s fly systems,” Jason says. “By using 4 line sets at different heights with masking in between them, I was able to create a wall of light behind the band with 40 MAC 101’s. This provided a very dynamic background to the show.” 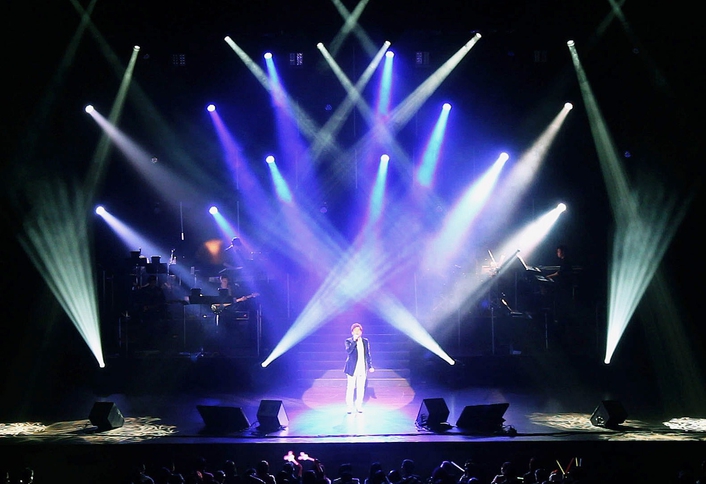 What really made the 101 a great choice, says Jason, was the lack of power consumption and ability to daisy chain the cabling. Each pipe had a draw of only 1220 watts so it was just a single power and data cable to each pipe.

“This enabled me to drastically cut down the installation time while creating a great look for the show. The versatility, size and features of the MAC 101 proved again their incredible value to our show.  Each venue was quite concerned that the specification was for 40 moving lights to be setup in under 4 hours. Once the first pipe was hung, the crew really was amazed at how simple it was and that gave me time to concentrate on integrating the theatre’s lighting into the show,” Jason commented.