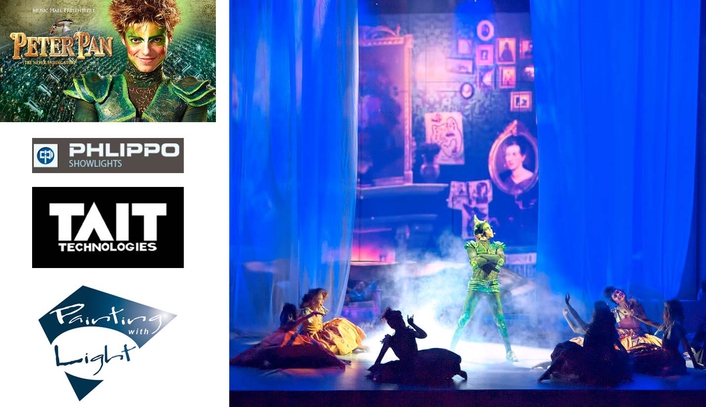 Peumans has worked on many previous projects for the producers, and once again he has imagineered a careful mix of spectacle and visual style to match the vibe, energy and magic of the show.

The concept for this version Peter Pan was developed by Creative Director Luc Petit and Music Hall’s Geert Allaert. Peuman’s brief was to provide epic arena style lighting to suit and highlight the action within the fast flowing video montages, slick choreography and contemporary staging. 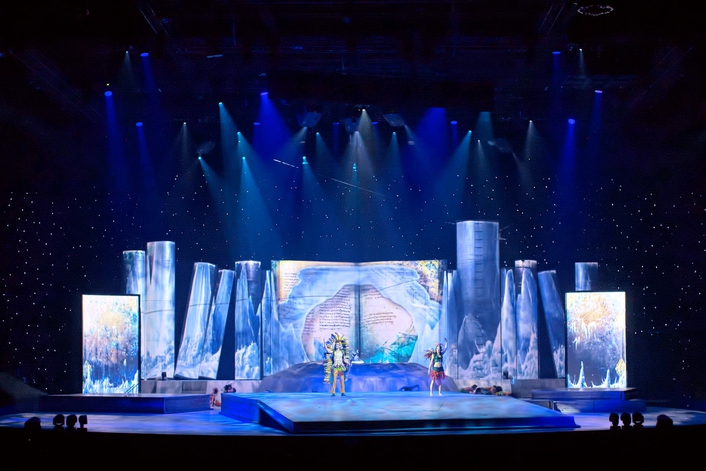 With this starting point Peumans' adopted several special techniques including that of 'sharp focusing' to complement and work harmoniously with all the other visual elements.

One challenge was the sheer scale and size of the set – the main piece on which most of the forestage action takes place is 25 metres in diameter - and because the set shifts so rapidly and there is a lot of simultaneous movement, correct lighting is absolutely fundamental in drawing the audience’s attention to where it needs to be focused.

"I basically try and sculpt the light onto the actors without interfering with the impact of the video or the flying," explains Peumans. While the set projections will dictate the mood and coloration of the scenes, from there action and detail has to be pinpointed very precisely. 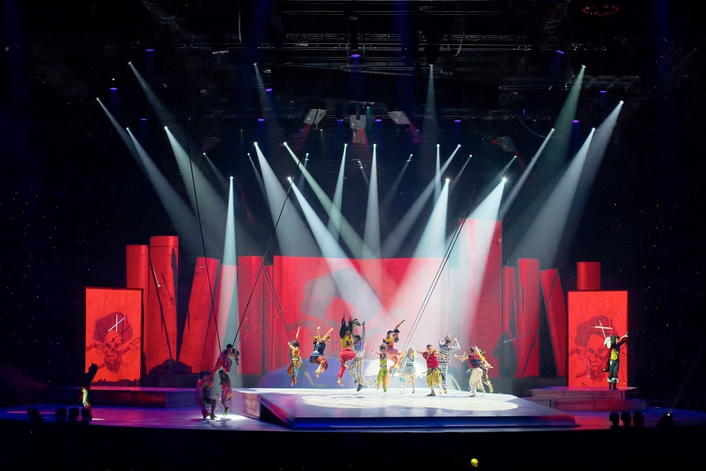 With 140 moving fixtures, the lighting rig is expedient for the size and complexity of the show, but Peumans is a master of making every instrument work and be properly ‘multi-functional’.

Thirty-eight  Clay Paky Alpha Profile 1500s are used for all the main key-lighting. He comments these are ideal for tight framing and those powerful ‘sharp focuses’ that are his trademark here.

Forty Five Vari*Lite VL3000 Spots are utilized for gobo projections, texturing the floor and other semi-scenic tasks, while 20 x Robe ROBIN LEDWash 1200s and 36 x Robe ROBIN LEDWash 600s are used generally to wash the floor and other performance areas, extending the colours and hues of the video projections across the performance space as well as providing dynamic lighting for the actors. 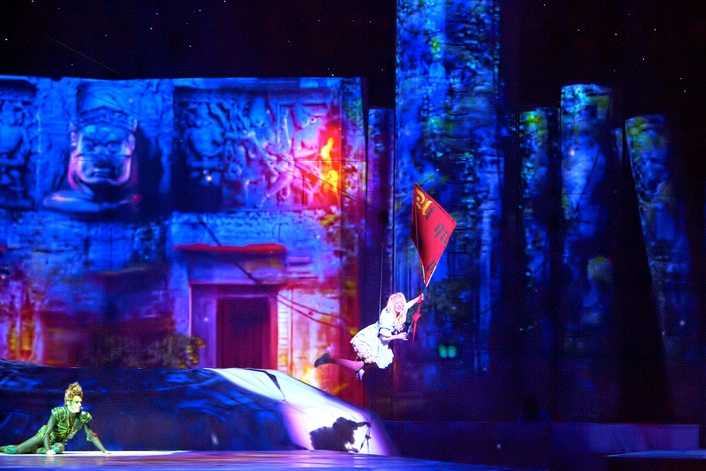 He is using the top-hat attachment on both sets of LEDWashes to reduce the glare and diffuse the lightsource further.

TourLED 42 LED PARs are strategically positioned for up-lighting below the various floor traps together with two ADB ALC4-2 LED floods.

Four specially modified Clay Paky Alpha Spot 1500s are the follow spots – a special invention by Peumans that he finds ideal for controlling the intensity in conjunction with the beam size for maximum accuracy.

Another challenge was making the lighting rig fully tourable, practical, quick and straightforward to rig, so the most lighting units are fitted into pre-rigged trussing sections in which they also travel. 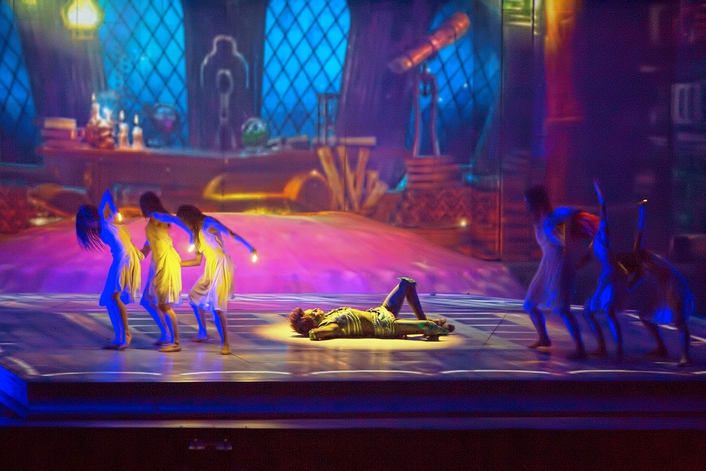 Painting With Light’s Paco Mispelters worked with Peumans on programming the show onto the GrandMA2 full size console, initially during production rehearsals at the Forest National in Brussels and also during pre-production at the NEC Arena prior to the show opening in the UK.

Lighting is operated on the tour by Cedric Estermans.

Lighting and sound equipment is being supplied by Phlippo Showlights from Herentals Lier in Belgium.
The video – including 18 Barco 22K projectors are supplied by Line from Germany and the 2D and 3D flying systems and automation has been engineered by TAIT.

The show finished up in the UK and is next scheduled to play Dubai followed by Turkey.