Ligabue Gets Lucky with Robe

.
Multi-talented Italian superstar Luciano Ligabue – a prolific singer-songwriter, film director and award winning author - played a series of intimate concerts at the start of his 2014 “Mondovisione” tour which builds up to stadium shows in the summer, with Lighting Designer Jo Campana including 20 x Robe ROBIN Pointe moving lights on his rig.

Campana, who has worked with the artist since 2009, first saw the Pointes in action at this year’s Sanremo Music Festival in March – where he was also working for the artist. The fixtures immediately caught her attention, so much so, that he decided to include the 20 Pointes for the initial show on the tour. 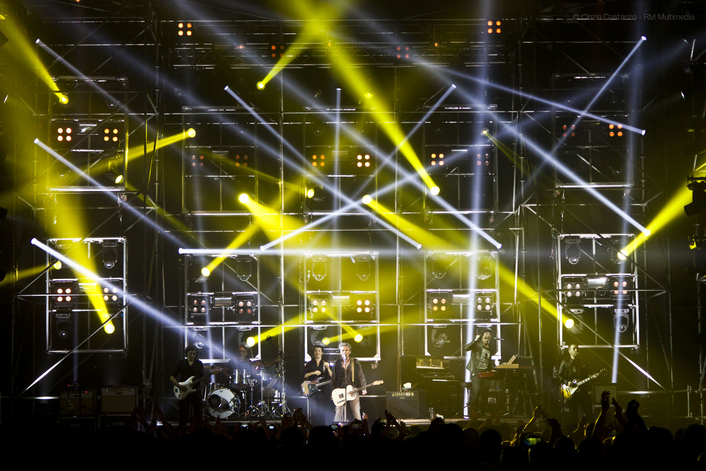 The gigs for this leg of the tour primarily visited smaller towns, and the whole vibe of the production was to present a ‘back-to-the-roots’ style of show where the singer could communicate in a close and personal way with his fans. This is a talent that has been present throughout his entire career however big or small the venue!

The staging concept also needed to be simple and direct. It featured 10 scaffolding cages upstage, bringing a slightly industrial and raw feel to the performance space and these housed the 20 x Pointes. 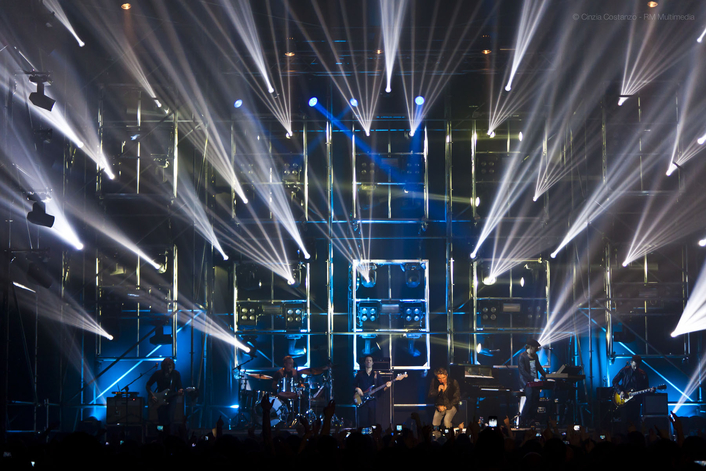 Campana really likes Robe’s Pointe for its sheet versatility and because it brings so many possibilities to a stage – even with a relative modest number of fixtures.

“A key element with concerts like these was to be able to make less lights go a long way,” he explained, “and having the Pointes on-board certainly enabled me do this. Right now there is no other luminary on the market that can do this in the same way”.

The Pointes were worked extremely hard throughout Ligabue’s set. Campana used them for solid, boldly coloured fat and thin beams one moment and the next for bathing the whole stage and band with a rich all-encompassing glow. 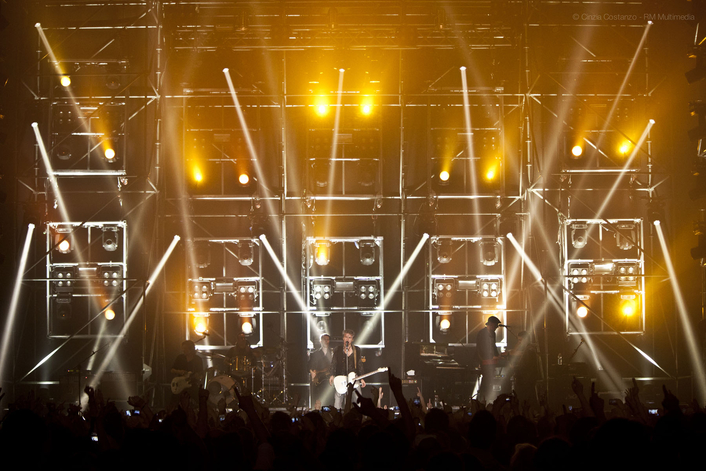 He also made the most of the circular and linear prism effects and the gobo wheel, which were great for helping to getting the energy being created onstage out into the audience, allowing all of Ligabue’s fans to become immersed in the atmosphere.

The Pointes were also used extensively for the ballads and slower numbers, especially in Spot mode, where clever programming helped close down the stage space.

“The zoom is excellent,” he highlights, adding that the Pointe’s projection capabilities are also definitely “A useful design tool.” 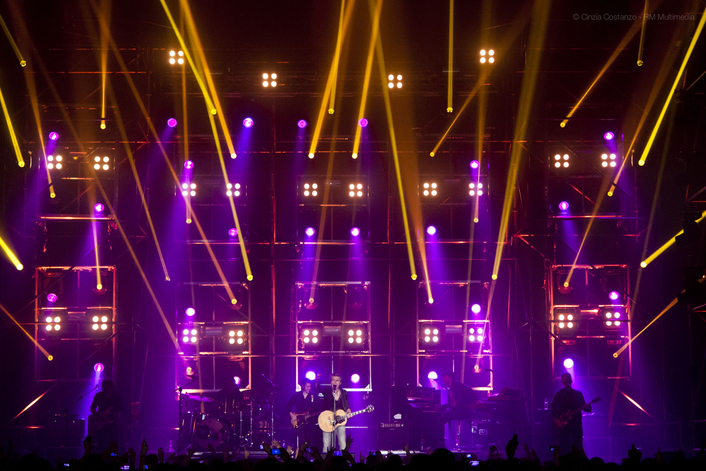 He comments that as the main work-horse effects lighting of the show, they completed the tour with no technical problems, proving themselves once again as reliable as all Robe products.

The Pointe, launched in April 2013, has been Robe’s biggest and fasted selling product to date and the worldwide demand for this innovative multi-functional fixture continues to be meteoric!