"Let's Spend the Night Together" for Charity 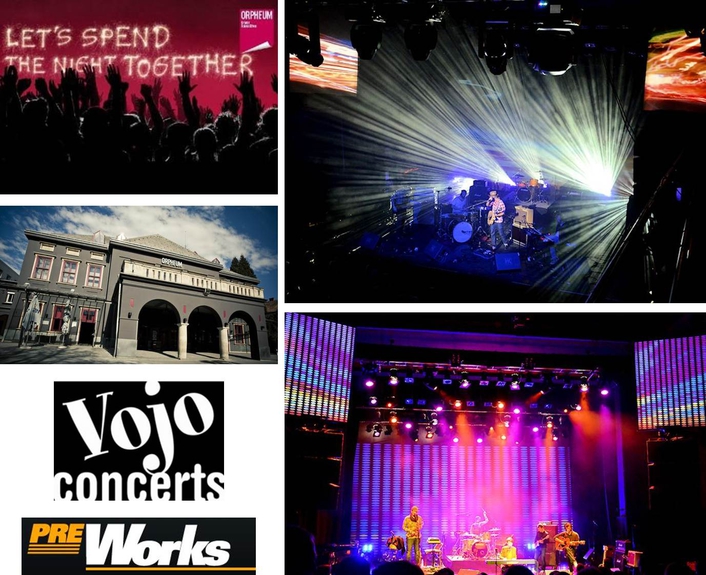 Each year the event sells out, a chief attraction being that the audience doesn’t know in advance which act is performing
Digital and automated lighting pioneer High End Systems equipment aided an annual event in Austria that kept the artists and the audience alike up much of the night. The benefit concert, “Let’s Spend the Night Together,” was held just days before Christmas in the town of Graz. It featured the coming together of the theatre, Orpheum Graz, promoter Vojo Concerts and event supplier Preworks to financially help those organizations in need with donations from the show.

Preworks has over the years supplied High End Systems equipment, and because they are an HES Authorized Reseller, they usually can provide the newest technology in the HES line of luminaires and control products available.

Schreiber has used the DL.3s before with the same success that he had on this show. “It is always so simple to program the DL3s. When you know how to handle the digital lights, you have always quick, bright looks,” he said.

Preworks’ Video Director Andy Fink supported the show, helping to program the DL.3s and operating some parts of the event. Artists took the stage from 7 pm until 2:30 am. So to keep up with the varied talent, Fink counted on his projection from the DL.3s and Axon media servers as the focal point of the set. He created 4:1 collages, using the two DL.3s and two Axons to merge his content into single, seamless images.

As the Axon is the same media server inside the DL.3, Fink found it easy to use the two products together. “I love how easy it is to use the Collage Mode,” he said. “For the Axons and the DL.3s, I used just stock content - but with effects and coloring. The stock content is a great base for creativity for each show.”

Schreiber was using the Technospot for the first time and was “surprised about the enormous output, superb colors and crisp, sharpness of the Lithopatterns,” he said. “The output of the Technospot is incredible. The color mixing system is superb and the sharpness looks like spot lights in a much higher price range.”

He particularly liked the Indigo Highlighter, a Technspot feature that includes four 1-watt indigo LEDs. It offers more layering of light opportunities and can add an indigo ambiance when used alone. “I think the Indigo Highlighter is now a trademark of HES products and I am lucky for it.”

Each year the event sells out, a chief attraction being that the audience doesn’t know in advance which act is performing, said Preworks’ Andreas Reinbacher. ”All total proceeds will be given to charitable organizations. That is what we can do for people adversity,” he said.