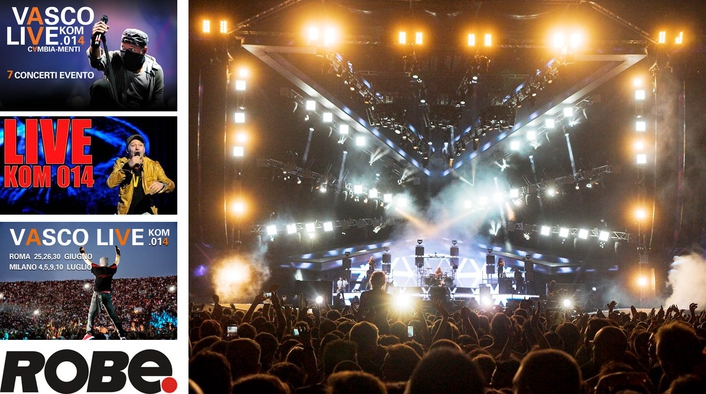 Pinna used 68 Robe ROBIN LEDBeam 100s which were used as specials and for highlighting the ebullient audiences that flocked to see Rossi whose controversial and hugely successful career has spanned four decades, spawned 27 albums and several spats with authority!. He is one of the great Italian showmen who is passionate about his performances and famous for his live interaction and very strong bonds with the crowds when onstage. 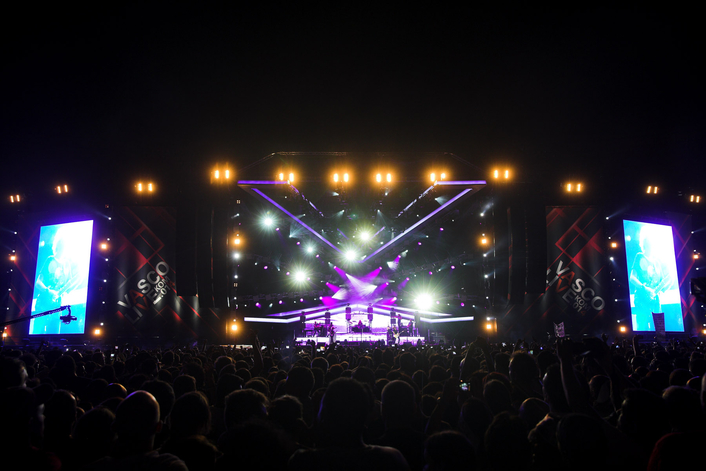 For these shows Pinna took the set design by Gioforma based on the album artwork as his starting point for lighting. The stage was custom designed for the show and he crammed every available centimetre with lighting fixtures – around 650 in total!

The LEDBeam 100s were chosen for two very specific tasks, 20 of them were positioned on the floor of the stage wings shooting up the Vasco logo scenic drops at the sides. The other 48 were divided between four trussing columns either side of the PA wings so they could beam right into the audience. 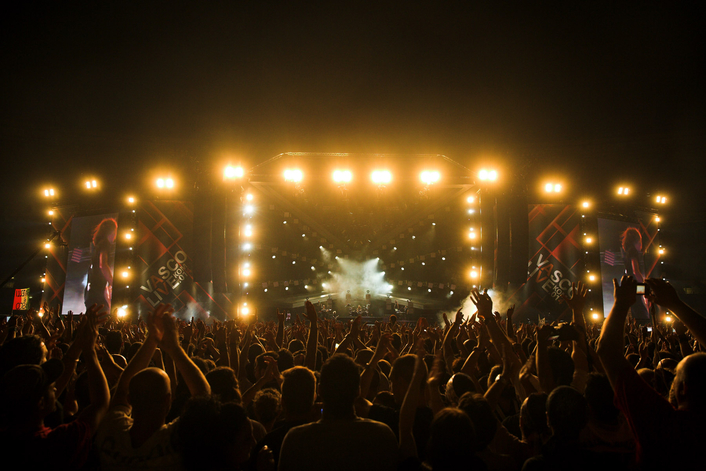 “They were absolutely vital to the show, I used them in every song and they were programmed into 90% of my cues and all the special audience looks,” he explains.

He chose to use LEDBeams for this task because “They are small, very powerful and perfect for the job”. They produced a natural breakup and also became more like a wash effect over a long throw which is more subtle and sophisticated than standard wash lights.

The show was full of big audience looks and moves, and Pinna commented that although he also had 700 series wash fixtures on the towers (from another brand) … it was the LEDBeams that were the most visible! 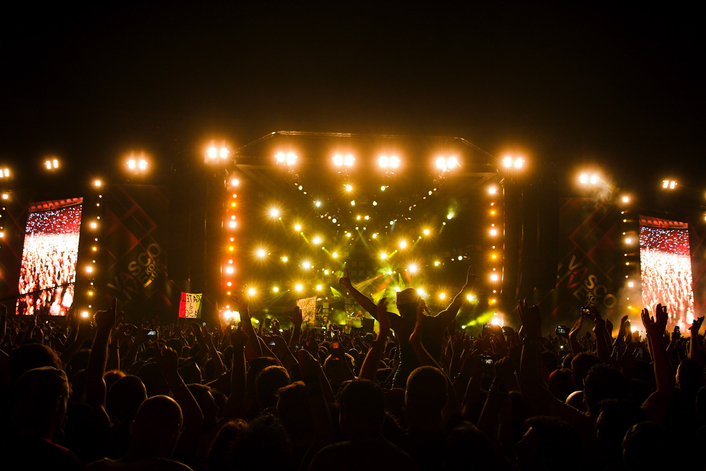 Pinna has worked with Vasco Rossi for an amazing 23 years, and also been a Robe user for some time. The 2013 Vasco stadium tour was the first time he had used the little LEDBeam 100s and there are usually some Robe elements in his live designs.

He ran lighting from a grandMA full size console, with video playback operated by Marco Piva on a grandMA2 full size, all supplied by lighting vendor BOTW from Rome.

He comments, “Robe is an excellent brand, they have some great ideas, some really good people and I love the way they are always coming up with fixtures that are properly innovative. I know there is something big in the pipeline, so I am really looking forward to seeing this in the coming months!” 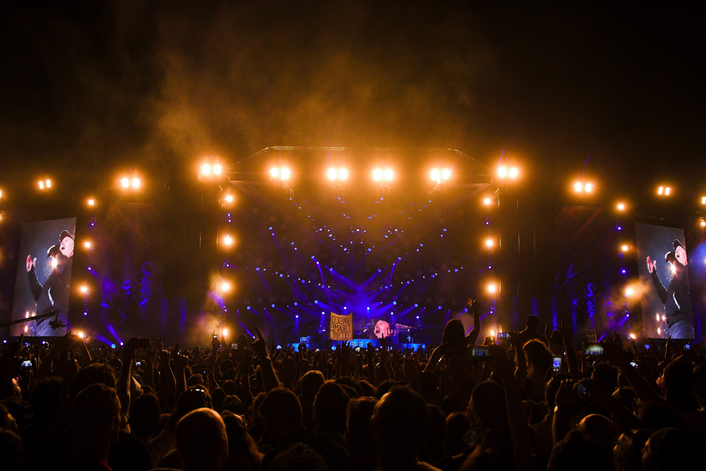 Pinna has recently designed and specified lighting for the main theatre at the just opened high profile amusement and theme park Cinecitta World in Rome, which features nearly 50 Robe moving lights - a mix of Pointes, LEDWash 600s, DLFs and DLXs – all from the ROBIN series.