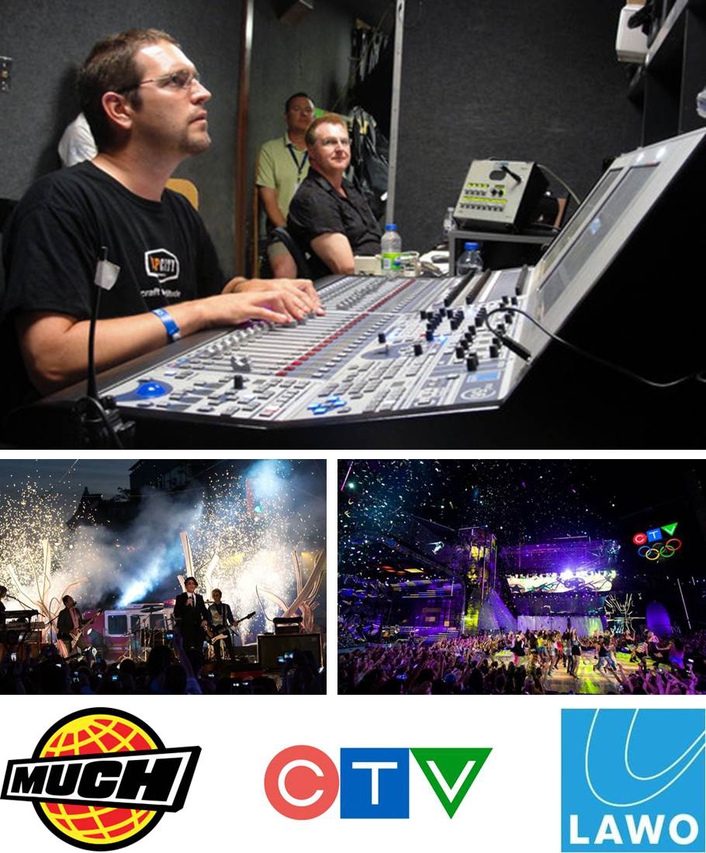 mc²56 console and Nova73 HD router deployed for popular awards program
A division of CTV Limited, MuchMusic is Canada’s music station—dedicated to providing an entertaining, informative, and engaging look at popular music as it happens. Broadcast across North America and around the world, MuchMusic provides a platform for the voices of several generations of music makers and their fans.

The 2010 MuchMusic Video Awards (MMVA), which aired live on Sunday, June 20th at 9 p.m. ET, was a star-packed red carpet show that included appearances by Justin Bieber, Katy Perry, Adam Lambert, Miley Cyrus, and others. For a music show of this magnitude, sound quality is critical, and to ensure the very best production quality, many of the show’s numerous audio signals were routed and mixed using equipment from Rastatt, Germany-based Lawo.

Andrew Roberts, a well known Production Audio Mixer, was contracted by CTV Inc, Toronto, Ontario to mix the broadcast portion of this year’s show. An industry veteran, who over the past twenty years has mixed post production audio for television, film, and IMAX, has spent the past ten years in broadcast—both live and pre-taped. He’s worked the MMVA’s for the past nine years and, each year, is in charge of mixing a 5.1 audience mix to the main mix board, using the main dry mix as his reference. This year, Roberts worked his magic using a Lawo mc²56 production console in tandem with a Lawo Nova73 HD router. He discussed the setup and the challenges of the event.

“I mixed this year’s show using a mc²56 console with a 16 plus 16 (channel / main) configuration and three DSP cards capable of handling 192 channels,” Roberts explained. “We were running 585 input and output signals routed in real time and the Lawo Nova73 HD router handled all production and record paths.”

“There were some significant signal distribution challenges on this event,” Roberts continued. “There were three music stages being mixed in 5.1 by two rooms. Those outputs, along with my ambience mix (from a third location) went to the main mix desk in a nearby truck. The Nova73 HD router was more than capable of managing the task. The interface was easy to use and, most importantly, it was reliable. Had there been any technical issues with the 73HD, the show would have been in real jeopardy. The Lawo router was chosen because of its flexibility and reliability, and it came through in a big way.”

While Roberts found the operation of both the Lawo mc²56 console and Nova73 HD router to be intuitive, it’s not the least bit uncommon to require technical assistance during the setup and configuration stages for an event where literally hundreds of channels must be accurately managed. Here, too, Roberts had nothing but praise for Lawo North America’s technical support services. Doug Smith, Lawo’s field support technician, was fantastic,” Roberts reports. “He was very knowledgeable about the products we were using, had all the basics of my console configuration covered before I arrived on site, and was tirelessly applying himself to our show and its constantly changing demands. I was very impressed.”

With the 2010 MuchMusic Video Awards in his rear view mirror, Roberts reflected on the success he encountered using the Lawo equipment. “I had never worked on a Lawo mc²56 before,” he confided. “Initially, I was a little skeptical of the console’s touch screen interface and what seemed like layers and layers of menus and sub-menus. My apprehension disappeared very quickly. I came to realize the mc²56 is, in fact, amazingly intuitive and user friendly. As with any piece of gear, once you adapt to its interface, you’re good to go. It took me about an hour to get comfortable and after that, it was a breeze.”

“The mc²56’s multiple color displays and naming conventions helped me identify my sources quickly,” he added, “and it’s wide variety of monitoring options made listening to fold downs and multiple sources very easy. The console’s mic pre-amps were very clean and the dynamics and EQ algorithms were also very natural. The console’s Input / Output structure (combined with the Nova 73 HD router) made receiving and sending multiple mixes and mix-minuses a snap. The bottom line is that this was an excellent system to work on.”