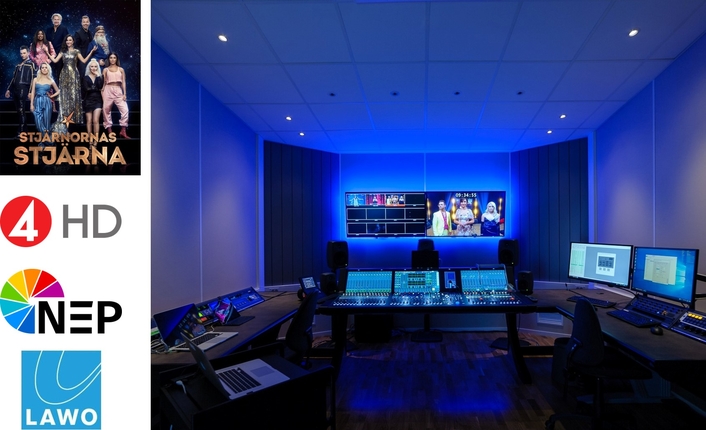 Having served the audio requirements of major TV entertainment and music shows in conjunction with an OB vehicle for a considerable time, NEP Sweden provided their three Stockholm studios with a permanent Studio Control Room in readiness for the new Stjärnornas Stjärna live music show of Sweden’s TV4 that premiered in March. At the center of this Studio Control Room (SCR) is a suite of products and systems from German broadcast innovator, Lawo.

The main focus of the 1,600m², 800m² and 167m² studios is NEP Sweden’s live broadcast production of Friday and Saturday TV entertainment and music shows. Consistent requests from clients prompted NEP Sweden to build a fixed SCR. The aim was to retain the flexible use of the studios through efficient technology and intuitive operation. Key to achieving this was the choice of a Lawo mc²56 console – the same model used in NEP’s OB vans – VSM Control and Monitoring System and an upgrade of the room acoustics.

The SCR concept and technical planning of the 26m² SCR were handled in-house by NEP Sweden, with Broadcast Solution serving as the system integrator and managing the installation. The room acoustics were designed by Per Sörlin of Kista-based company, Tonteknik Engineering.

The project got fully underway in December 2017, when the order was placed with Lawo, and was completed in early March in time for the debut of Swedish TV4’s new Stjärnornas Stjärna (Star of Stars) live music show. Presented by Swedish comedian, dancer, actress, television personality and now “star wizard”, Petra Mede, the show is a competition between established artists to perform live interpretations of songs from styles other than their own – such as country, Latin, hard rock, soul, opera, synth pop, musical, Svenska visor (traditional Swedish songs) and disco. Each week, the show has a “genre expert” who coaches the performers, then viewers vote to determine the best performer in each round – and ultimately to select the “star of stars” at the end of the season. 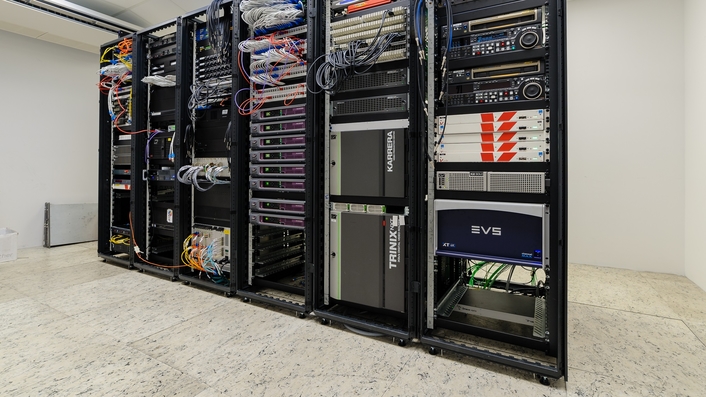 The installation includes two Lawo VSM (Virtual Studio Manager) system servers with accompanying vsmLBP-16e, vsmLBP-17 and vsmLBP-50e hardware control and monitoring panels. There are also five multi-purpose touchscreen panels used in a wireless network for mobile control of VSM – making it easy to set monitor walls and change the content on the show’s video screens from across the studios. Five Lawo V__pro8 video processors were chosen for embedding/de-embedding, and for lip-sync and Dolby-E encoding.

The installation provides NEP Sweden Studios with future-proof and open-standard Lawo IP-based technology and independent VSM control of all the installed equipment through the hardware-panels and mobile touchscreen devices, giving fast operation via a single platform. The settings used for different shows can be easily stored, recalled and adapted.

NEP Sweden’s present OB vans – as well as a new UHD OB van that will be ready for the road very shortly – are all equipped with Lawo mc²56 production consoles, making it easy for the sound engineers to settle into the new SCR. 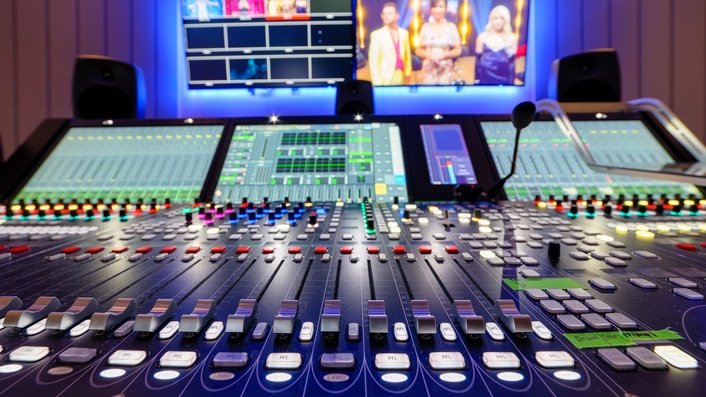 “The engineers are used to operating Lawo consoles and have an acoustic environment designed by Per Sörlin, who has delivered another masterpiece, that makes listening a pleasure,” confirms NEP Sweden Senior Audio Engineer, Mats Bengtsson. “After thorough evaluation – taking into account that NEP has very positive experiences with Lawo and has equipped all its OB vans with mc² consoles – the decision was made to go with Lawo was based on the amazing sound quality, flexibility and expandability.

“The engineers feel very comfortable in the new studio control room because of the ergonomic and intuitive operation of the console, as well as its huge feature set and clear sound,” he adds. “Support was also big consideration for us, and Lawo has been great to work with also in this regard.”

“We were looking for a system that provided excellent sound quality and reliability and gave us the flexibility and efficiency in the use of our studios we needed for our productions to the benefit of our customers,” says NEP Sweden Technical Director, Jens Envall. “We have found that with Lawo.”

Jarle Felin, VP Northern Europe operations adds: “We’re grateful that NEP SE again showed us their trust in choosing Lawo gear and that they are happy with the services we’re providing them both pre- and post sales.”