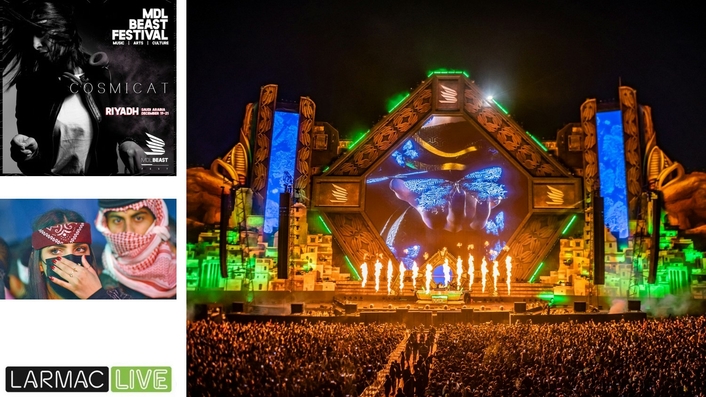 Technical event production specialist LarMac LIVE recently delivered its largest ever project when MDL Beast welcomed over 130,000 festivalgoers to the outskirts of Riyadh, Saudi Arabia, for three-days of electronic music

With a depth of production knowledge and experience acquired over 15 years in business, including a host of projects in the UAE, LarMac LIVE answered the call from LemonX in late September 2019. Only 10-weeks later, it was showtime. Company co-founder Ian Greenway explained: “The backbone to our business is multi-artist, multi-stage shows - largescale festivals and TV shows. We like to think that we know how to keep multiple artists and stakeholders happy, usually in very changeable environments, and all of these skills were used like never before here.”

Spread over five stages – ranging from the 2,000-capacity Saudi Beast to the 45,000-capacity Big Beast – the festival was held on a piece of ‘blank canvas’ land just outside the capital city. The country has very limited technical entertainment resources, so LarMac LIVE coordinated the site-wide production and artist management effort with a streamlined pool of trusted suppliers.

“We actually ended up simplifying our supply chain as much as possible in partnership with Sela, locally assisting with procurement,” revealed Greenway. “PRG very quickly became the go-to company for lights and video, with audio equipment coming out of their German office. This was a real no brainer, primarily because we were using a lot of very few fixtures - it’s EDM after all - and so sourcing the assets was a huge factor in this decision. PRG also comes with a support structure and a special projects team like no other.”

Auditoria was then well-placed within the production as the event’s audio design vendor, working in close partnership with LarMac LIVE.

BPM SFX was selected as the special effects supplier, due to a solid working relationship and the company being “uniquely placed in the dance world.” Lighting and video design came from High Scream, Phixion was brought onboard for scenic design, and staging was supplied by various local companies. 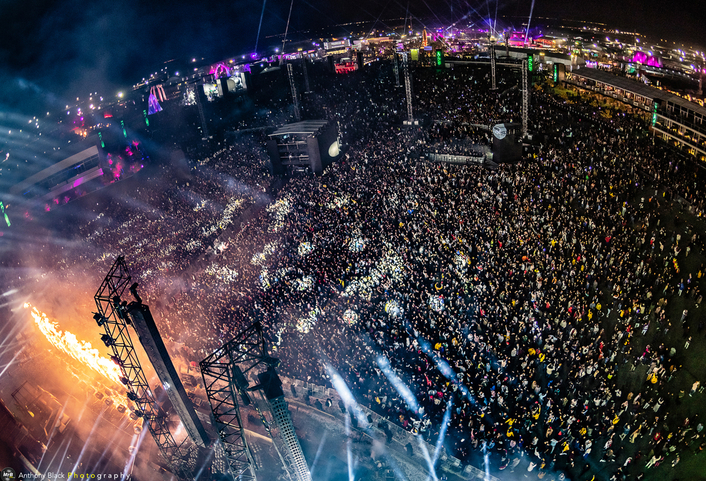 The LarMac LIVE team faced some significant challenges; the entire site had to be created from scratch, meaning a standard workflow was off the cards. Greenway said: “Going from A to B to C just wasn’t possible here but using our usual pool of world-class talent, from design through to delivery, makes these jobs possible. Everyone knows how each other works and were able to fast track the process.” 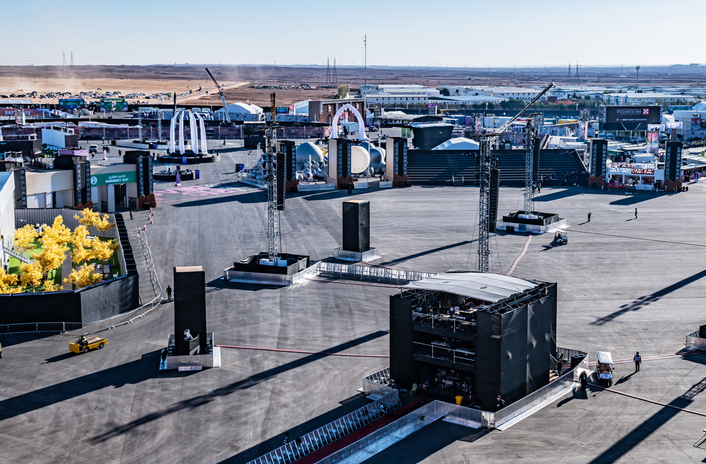 There was also the small task of everything being flown (apart from staging) in the weeks before Christmas. “We were up to four 747s of freight, plus all of our dangerous goods - there was one plane of pyro explosives alone,” recalled Greenway. “Time did beat us here to start with, we just couldn’t find commercial cargo space due to the holidays, but with the support of the Royal Saudi Airforce we did a convoy of gear out of East Midlands Airport and were able to beat all of our deadlines.” 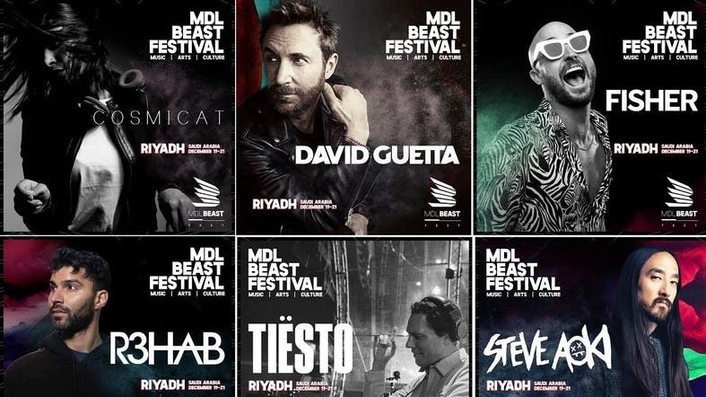 When the festival opened on 19th December, attendees were treated to three days of music, arts and culture – a mix of local and international talent that added up to the largest event of its kind to be held in the country. Greenway reflected: “It simply wouldn’t have got off the ground anywhere else in the world or without the passion of LemonX and Lutma, the Saudi-based promoter, or indeed the incredible levels of finish from the local delivery partner Sela. What we all collectively achieved still amazes me. 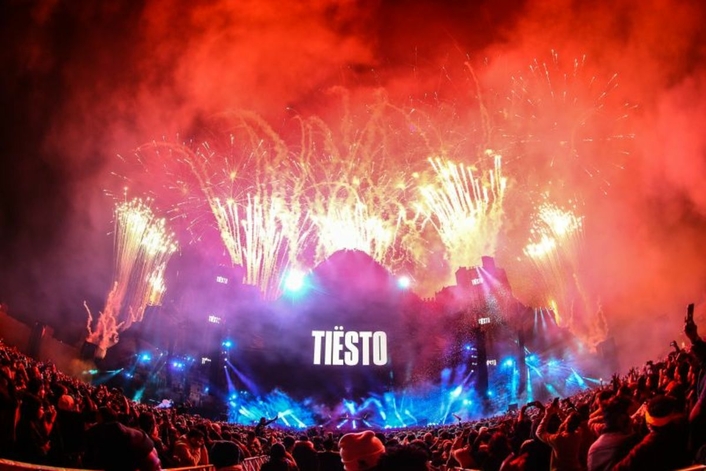 “This is, we hope, the first of many Beasts – it definitely takes more than one show to develop a scene, especially in dance, but Saudi is so hungry for this kind of culture that we’re really excited about their world-stage growth. In my three months experience of the country, I’m genuinely impressed by what they’re delivering and the talent they’re enticing over. Of course, it comes at a premium, but with the right knowledge a maturing market like Saudi could become a huge world hub for entertainment in practically no time at all.”