Powerful K System used in 6 of the globe’s 10 leading festivals, chosen by NoizBoyz for top electronic music festival in Belgium
Tomorrowland is undoubtedly one of the world’s most important dance festivals, attracting over 400,000 to this year’s 10th Anniversary edition.  Spread out over two three-day weekends in the town of Boom in Belgium, Tomorrowland headliners included David Guetta, Steve Aoki, Armin van Buuren and Aviici.  Tomorrowland’s success and influence now extend around the globe, with new editions being created in Brazil and the USA.

With such an amazing roster of world-renowned acts, good sound is clearly a top priority and Tomorrowland has called on the audio pros at NoizBoyz and Phlippo Productions for the last four years.  The sound crew’s task is complicated as the Tomorrowland site encompasses multiple stages that are not only in close proximity, but also constantly run simultaneous acts.  Reduced sound spillover from stage to stage is a key factor to festival-goers’ enjoyment, but the local authorities also impose restrictions on noise levels.  NoizBoyz chose multiple L-ACOUSTICS K Systems to successfully tread the fine line between delivering big sound and eliminating spill-over, all while hitting the needed sound measurements. 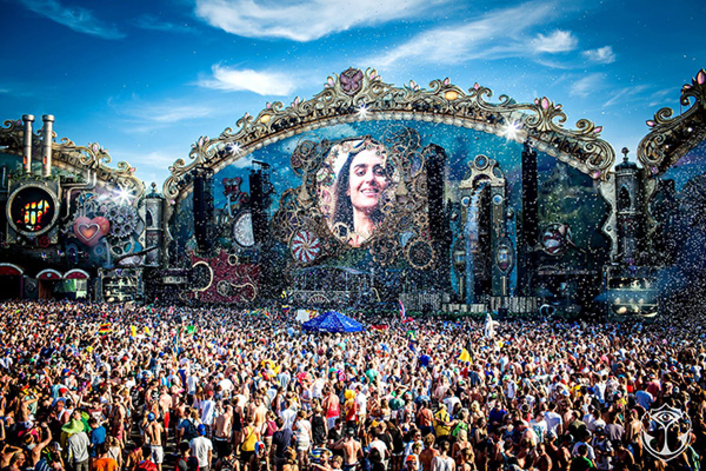 The Noizboyz technical team explained: “While the main and secondary stages were at opposite points of the grounds, the problem always lies in those areas in the middle where you need the best sound possible, but you are dealing with significant bleed and that makes it pretty tricky.  In these cases, isolation is critical and where we know we can rely on the K2 and the cardio sub to really come into play.  The K2 has exceptional directivity control, both horizontally and vertically. In fact, the control is so good, you can almost stop the beams where you want them to, so we didn’t have any audio going out to places where we didn’t want it.”

And since Belgian law enforces strict sound limits for outdoor live events, meticulous planning was required to ensure sound would measure up – literally, as measurements were taken by independent consultants DB Control in areas surrounding the festival and at FOH for every stage.  NoizBoyz relied heavily on L-ACOUSTICS Soundvision to model the festival grounds in 3D and simulate the perfect acoustical solution with real-time mapping on both Coverage and Delay.

“Working with Soundvision is ‘what you see is what you get,’ and the difference between our prediction and our real time measurements was absolutely zero,” enthuses Noizboyz. “Our main stage faces a steep hill, and Tomorrowland is known for its elaborate décor.  Not many system design programs can generate a correct shoot for those kinds of obstacles that are so crucial to good sound design, the fact that Soundvision handles that kind of mapping with ease ensures that we have a nice clear throw for the arrays.” 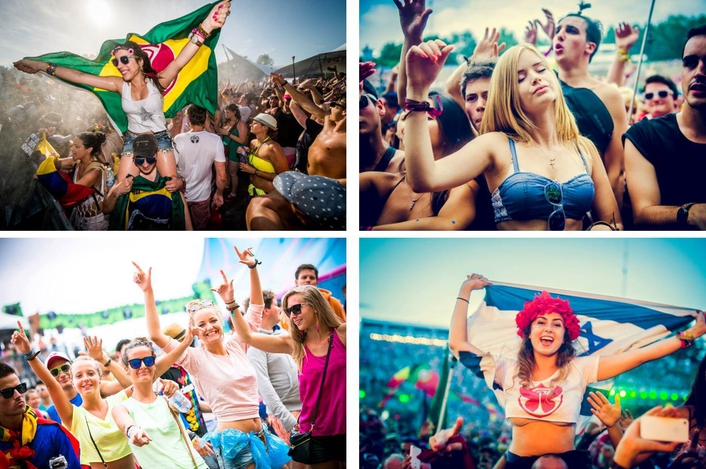 From the main stage, which lies at the bottom of a valley, the festival producers wanted to avoid ruining sight lines with delay towers.  NoizBoyz therefore achieved an impressive 160 meters throw using two hangs of 14 K1 reinforced by four K1-SB. Two further hangs of 16 K1 with four K1-SB were deployed for side fills, KARA catered for both the fills, whilst low end reinforcement was achieved via 40 SB28 subs. The second ‘Opera’ stage was equipped with two hangs of 12 K1, accompanied by four stacks of KARA for fills, plus 30 SB28 subs.

Because each of the eight stages featured a different style of dance music, NoizBoyz needed to provide systems that sounded as natural as possible, in order to best represent the various styles of the star DJs.  Festival patrons who particularly enjoy the harder style of dance music gather at “Frames” stage. “For this area, a sub with great performance in the low end is essential, and the combination of K1, K1-SB and SB28 delivers impeccably,” said Noizboyz. “For ‘Candy Arena,’ which is a techno area, we used K2, as we feel that its low end is really tight. K2 gives us exceptional horizontal control which allows us to minimise reflections from the sides of the tents, so we used them in all of the indoor areas.”  Candy Arena boasted a system of 18 K2, four KARA and 20 SB28 subs.

An especially tricky stage was built on a floating platform known, appropriately as ‘The Garden of Madness,’ where weight had to be kept to a minimum. “K2 is not only light, which of course was a bonus here, but it's easy to control the horizontal directivity; and the fact that it offers a maximum inter-box angle of 10 degrees made it possible to cover a bigger area with a smaller array,” adds Noizboyz.  Here the lightweight system with heavyweight performance consisted of 20 K2 with six KARA and 20 SB28 subs. 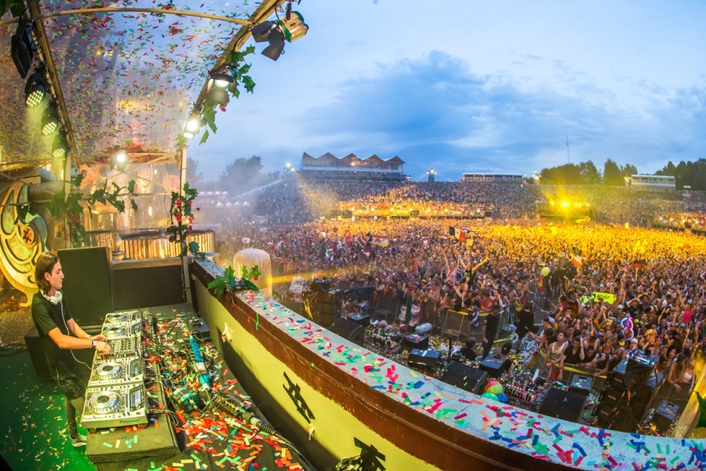 Phlippo Productions are constantly called on to provide big sound for elaborate productions like Tomorrowland.  Since L-ACOUSTICS systems are used in six out of the world’s top-ten outdoor festivals, Product Manager Jonas Gyssens is adamant that the brand outperforms its competition: “The quality of sound coupled with the great ergonomics and flexibility of the L-ACOUSTICS K system makes it very easy to work with.  The K2 with its 10-degree hook and the K1-SB’s extended low-end give us a lot of options. The K2 combines an open and clear sound with a ton of power and the fact that it's so lightweight and easy to rig, means it's the ultimate multifunctional cabinet. And the more multifunctional a loudspeaker is, the more it fits the needs of our productions.”