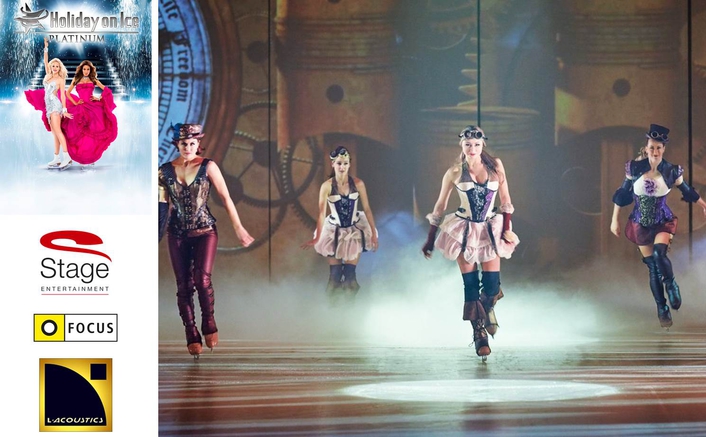 .
Global production company Stage Entertainment’s Holiday On Ice has an illustrious 70-year history and is, to date, the most visited ice show in the world. This ever-evolving visual spectacular took to the road in November for a three-month tour of Europe. Focus Advanced Event Technology, part of the Netherlands’ Rent-All Group, is providing a full technical package for the tour, including a substantial L-Acoustics ARCS Wide and ARCS Focus loudspeaker system.

Designed by Jeroen ten Brinke - arguably Dutch theatre’s best-known sound designer, having been involved in large-scale theatre productions including Soldier of Orange and Anne, and European partner for international sound design group ADI - the L-Acoustics solution was chosen for its audio quality and flexibility. 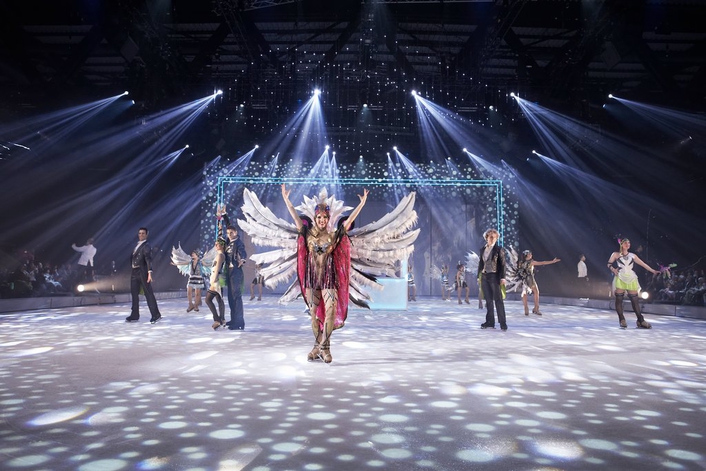 “The position of the lighting rig changes from time to time and, as a result, the position of the audio grid can also change,” says Jeroen. “We needed to have a system that could cope with this and the ARCS Wide and Focus solution offers us maximum flexibility. Additionally, the very accurate dispersion helped us to aim the system precisely and avoid reflections from the ice floor.

“Truck space was also at a premium, so the more compact size was an additional advantage, as is the fact that ARCS Wide and Focus are passive loudspeakers, so each cabinet has its own amplification channel, allowing us to easily adjust levels and hi shelves.” 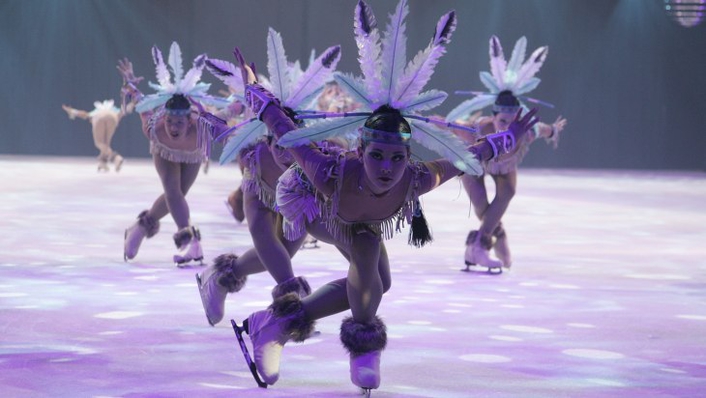 “The bottom Focus faces almost straight down, with the Wide closest to the audience,” explains Jeroen, “whilst the top two Focus cabinets have the most distance to overcome.”

Focus Advanced Event Technology designed and manufactured custom dollies for the tour, which means the loudspeaker clusters are hung in exactly the right position to be flown at each venue, further aiding the fast set up of the system.

Having worked with the system for several months, Jeroen feels he has chosen the best possible solution.

“The system is light, quick to set up and compact,” he concludes. “And I believe it has the highest possible SPL to budget ratio in the world.”

About L-Acoustics
Founded in 1984 near Paris, France, L-Acoustics is a leading manufacturer of turnkey solutions for the professional sound industry. With 250 team members, 20 percent of whom are dedicated to R&D, L-Acoustics is present in over 60 countries either through subsidiaries or via a network of certified distributors or providers.
Recognized throughout the industry for pioneering the modern line array, L-Acoustics offers a total system approach for both the touring and fixed installation markets, and a product line responding to the needs of venues from the most intimate club to the grandest arena. L-Acoustics sound systems can be heard in places like the Hollywood Bowl, the NBA Houston Rockets Toyota Center, or the Philharmonie de Paris. L-Acoustics solutions have been used at six of the world’s ten top-grossing festivals, the London and Sochi Olympics, and on the Justin Timberlake 20/20 Experience World Tour, among others.