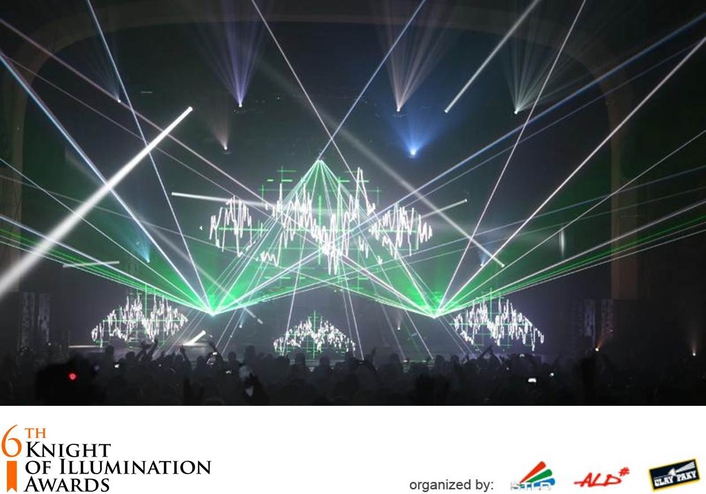 .
The Knight of Illumination Awards' Concert Touring and Events category recognising excellence in lighting design in Concert Touring Stage and Arena, Live Events and Video Electronic Content is buzzing with more entries than ever only one month after launch.

Four weeks in to this year's Awards submissions an incredible array of exciting and diverse nominations have been received via the www.knight-of-illumination.com website celebrating LDs pushing the boundaries of lighting design.

"So far we have had an inspiring range of entries from LDs touring with the bigger arena shows," says Concert Touring and Events chairwoman Sarah Rushton-Read. "This has really boosted the build up to this year's Awards ceremony, which is growing and evolving at a rapid rate. We are still keen to hear from lighting designers or their colleagues working on the smaller theatre and club tours, however, as this is an important part of this category, and as deserving of nomination as the larger events. As we've launched the first lighting and video design awards for Events this year we are also very keen to hear from LDs working in the event industry - the often unsung creatives who are delivering exciting visual experiences for exhibitions, sports events, corporate events, product launches and more."

Now in its sixth year, KOI is organised by the STLD, ALD and Clay Paky, and enthusiasm for the awards has increased year on year. KOI remains the only industry event that celebrates the outstanding creative achievements of lighting designers working in the sectors of Television, Theatre, and Rock in one phenomenal event. At the same time it continues to forge ever-closer ties between the world of lighting design and the lighting industry as a whole. This year marks the initiation of a new award celebrating the creative integration of video and all that it entails across all sector awards including, Concert Touring and Events, Television and Theatre.

"Lighting designers, service providers, production managers, technicians and gig-goers have all been quick off the mark to get involved this year, but of course there's always room for more!" continues Rushton-Read. "So if you've seen a live touring show or event that you feel 'trips the light fantastic' for its lighting and / or video then get on over to the KOI Website - www.knight-of-illumination.com - and make your submission now.

"And if you want to see who has been nominated so far, would like to check out show photography or hear about the latest news from behind the scenes then 'Like' the KOI Facebook, 'follow' our tweets  and join the KOI LinkedIn group!"