Kinesys New LibraRIG for the Kings of Leon Tour 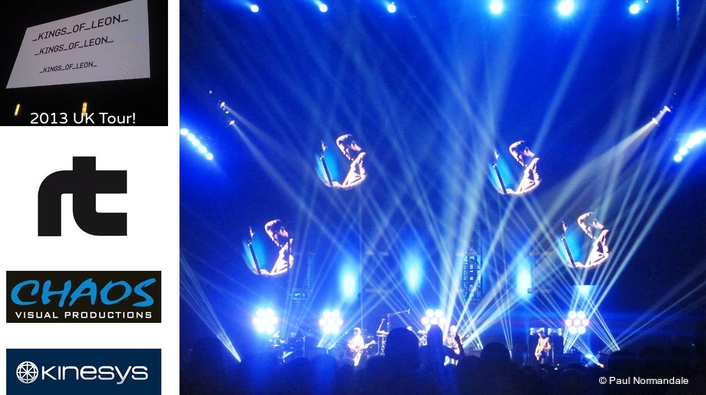 .
Kinesys motion control and a Kinesys LibraCELL load monitoring system are both in action on the current Kings of Leon tour which has just finished its UK leg.

Imaginative Automation
The automation elements are an integral part of the eye-catching set, lighting and production design created by Show Director Paul Normandale, while the load monitoring – including the new LibraRIG product - has been provided by Rigorous Technology to the tour’s Head Rigger, Yose Lawson.

Normandale is known for his innovative and imaginative designs and stage environments and the design incorporates eight irregularly sized panels of 7mm LED screen upstage which move in and out to different positions and formats during the show.

The design concept is ‘festival friendly as well as looking quirky and interesting … and the moving screens in particular help boost the dynamics and creative scope of the performance space. 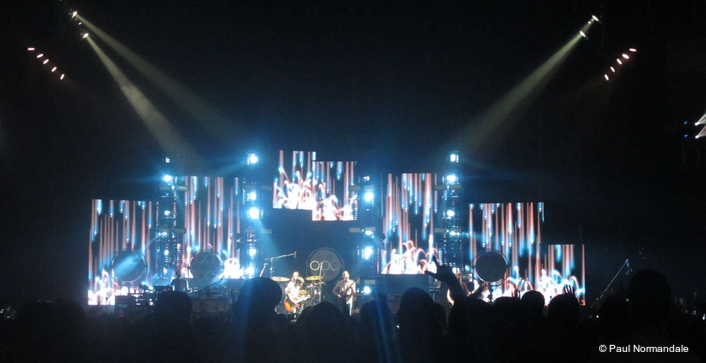 The Kinesys Vector control system and the Catalyst media server used to store and play-back the pre-recorded video content have been linked, so the Catalyst receives positional information from the Vector computer allowing it to accurately align the video footage to the screens in real time as they are moving. This adds yet more flexibility to the visual equation.

Normandale always specs Kinesys when there is motion control involved in his shows – “Anything that provides the potential for visual variety is a great aid to the design,” he comments.

Other recent Normandale designs to include Kinesys are Coldplay, Depeche Mode, Shakira et al - and Blackburn based Lite Alt has invested steadily in Kinesys products over the last 10 years.

On the road the automation is being co-ordinated and operated by Chief Production Motionologist Mike Coryell, who has worked with Kings of Leon for the last five years.

Innovative Monitoring
The LibraCELL system which ensures that the mother grid is not being overloaded at any time and that all the hoists are running correctly - is being supplied to the tour by UK based rigging company Rigorous Technology. Yose Lawson runs the company with co-Director Dave Jolly.

The LibraCELL – load measuring shackle - is used to monitor two elements of the rig.

Twelve are fitted with the new Kinesys LibraRIG product and these are monitoring the ‘mother grid’ during load in, throughout the gig and during the load out.

LibraRIG is a new Kinesys product developed in conjunction with LibraCELL hire specialists Rigorous Technology, which allows the connection of a 4750Kg LibraCELL to a standard 3250Kg shackle commonly used for truss pickups.

Using LibraRIG the LibraCELLs do not have to be disassembled during load in/load out. LibraRIG can travel on the LibraCELL and loses less "hook height" than an O Ring. This saves time and increases the efficiency of the rigging process at each venue.

The LibraCELL system is especially useful on KOL when the grid is used to erect four large lighting towers, a scenario where overloading could potentially occur.

Sixteen LibraCELLs are also used to monitor the Liftkets moving the eight LED screens which are sub-hung from the mother grid. 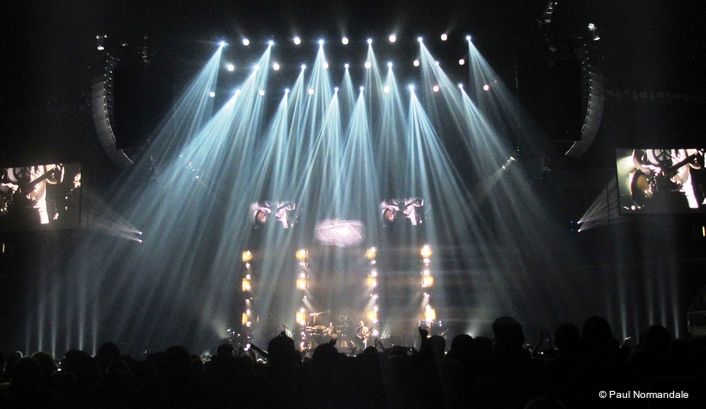 This was particularly important when in Germany, where the BGV C1 standard requires “Overload Monitoring-Shut down at 120% of Safe Working Load” for any Dynamic/Moving loads without a secondary suspension/safety.

The latest Kinesys Vector and LibraWATCH software also allows the LibraPRO power supply to be networked to Lite Alternative’s Vector control system via Ethernet, allowing a digital read-out of the LibraCELLs.

Coryell can therefore view the system loadings in real time onscreen within his Vector showfile and set up Vector to auto-halt in the event of overload / underload situations. Simultaneously, Lawson can view the loads across all the LibraCELLs either on the iPad or at the system rack position.

Polecam Proves its Live-S...rency with Kings of Leon
A majestic show: grandMA for Kings of Leon
First Ever 3D Music Festi...the Skquattro for Support