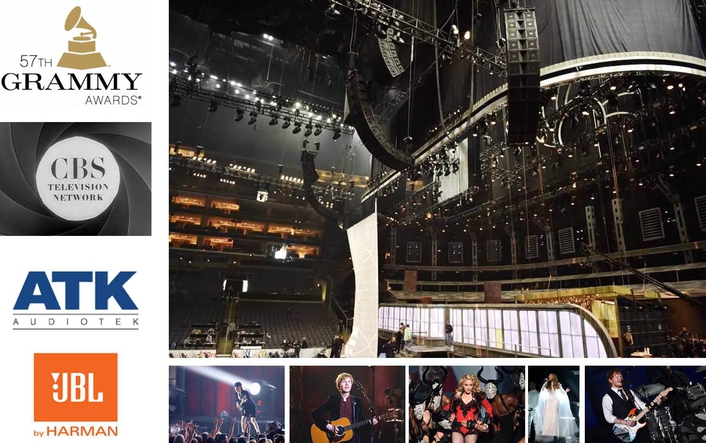 ATK Audiotek provided a JBL VERTEC line array system for the live awards ceremony at the STAPLES Center in Los Angeles
For the 57th Annual GRAMMY® Awards, HARMAN’s JBL loudspeakers were once again a major part of the live sound and broadcast elements of the event, with ATK Audiotek providing a JBL VERTEC® line array system at the STAPLES Center, and JBL’s brand-new studio monitors used in the Television Committee Room and Audio Post Studio.

Known as Music’s Biggest Night®, the GRAMMY Awards telecast is presented by The Recording Academy® to honor outstanding achievements in the production and performance of recorded music. The GRAMMY Awards were broadcast live in HDTV and 5.1 surround sound on the CBS Television Network. More than 28 million viewers watched this year’s Awards telecast.

This year’s Awards were hosted by LL Cool J and featured performances by AC/DC, Tony Bennett and Lady Gaga, John Legend and more. Sam Smith earned Best New Artist, while Smith also won Song of the Year for “Stay With Me.” The Album of the Year was awarded to Beck’s Morning Phase.

In the Audio Post Studio, Josh Morton and Paul Sandweiss designed and mixed the sound for all the video playback packages for the live broadcast at Sound Design Corporation. The studios are all equipped with JBL LSR28P studio monitors and LSR6312SP subwoofers.

In the Television Committee Room, committee members listened to the mix of the show in real time through five JBL LSR708i Master Reference Monitors and two LSR6312SP Powered Studio Subwoofers. 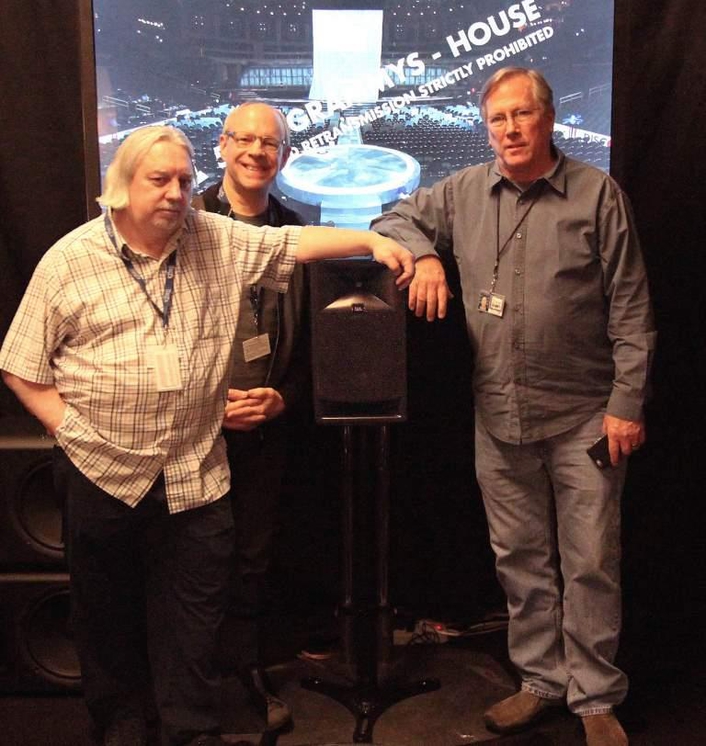 “I was invited to hear JBL’s new 7 Series system late last year and was very impressed with its sonic capabilities along with the system DSP and amplification, and the demo impressed me so much that I recommended the 7 Series monitors be used at the GRAMMY telecast,” said Michael Abbott, Audio Coordinator for the GRAMMY Awards. “The detail and accuracy of these speakers gave Television Committee members a crystal-clear representation of the mix.”