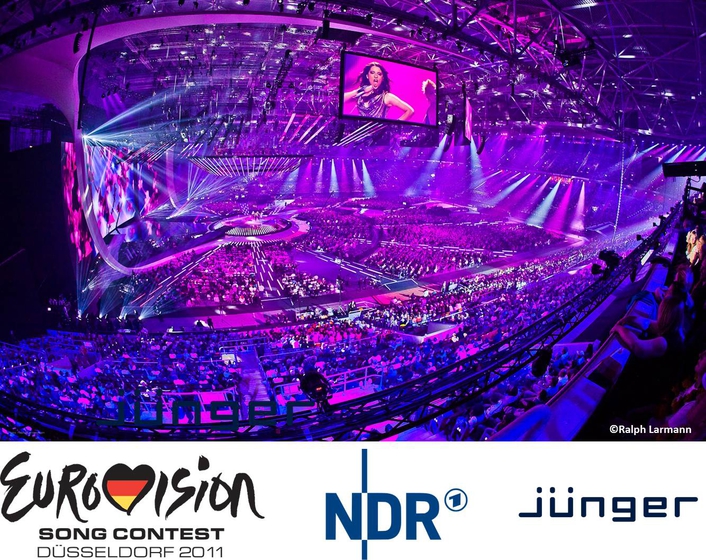 More than 100 million people worldwide tuned in to watch the contest, which took place in the Arena in Düsseldorf and was won by Azerbaijan contestants Nigar Jamal and Eldat Gasimov. Traditionally, the national public broadcaster of the country hosting the competition is responsible for the broadcast. This year the task fell to NDR, which handled the production in close cooperation with the EBU and over 40 participating Member Broadcasters from across Europe. 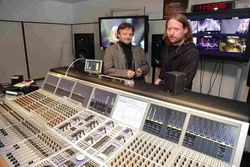 Based in Hamburg, Norddeutscher Rundfunk (NDR) is a public radio and television broadcaster that transmits to audiences in Hamburg, Lower Saxony, Mecklenburg-Vorpommern and Schleswig-Holstein. NDR is also a member of the ARD consortium.

Ulli Fricke, sound engineer from NDR and Head of Sound at the Eurovision Song Contest 2011, who was responsible for the audio output, says four of Jünger Audio’s T*AP Television Audio Processors were used for the international broadcast where they performed dynamics control across both the stereo and 5.1 surround sound mixes. Two were deployed for the music mix and two for the final mix and in all cases they were used in conjunction with Stagetec Aurus consoles. NDR also used a fifth unit for national German transmission out of Hamburg.

Ulli Fricke says: “We created separate but simultaneous mixes for stereo and 5.1 surround sound and we also had a full "hot" backup system.”

Jünger Audio’s T*AP Television Audio Processor is a wide band 8 channel processor (8x1, 4x2, or 6+2) that focuses on automatic and adaptive loudness control using Jünger Audio’s renowned LEVEL MAGIC™ algorithm. It is fully compliant with ATSC, ITU and EBU R128 loudness recommendations and is primarily designed for TV playout facilities, where is can provide Loudness control, Upmix and surround sound processing. Optional Dolby Decoding and Encoding (D, D+, or Pulse), as well as metadata management, are provided along with 5.1 Downmix and Jünger Audio’s 5.1 UPMIX circuit, which has recently been upgraded to deliver greatly improved performance and a range of new settings.

Prior to the Eurovision Song Contest, Jünger Audio worked closely with NDR’s technical team to ensure that the T*AP units delivered exactly what the broadcaster needed. This meant incorporating some customisations.

Fricke explains: “We wanted the ability to easily and simultaneously control limiting and compression for stereo and 5.1 surround sound.”

Peter Poers, Managing Director of Jünger Audio adds: “NDR has used Jünger Audio’s dynamics control units for many years and has always been happy with their audio processing performance. On this occasion, NDR came to us with a special request – for surround dynamics processing in combination with sophisticated loudness control. This was something we had not tackled before but we rose to the challenge and were able to meet their request by making some small customisations to our new, flagship T*AP television audio processor. This enabled us to meet their expectations with regard to sound quality and timeframe. The Eurovision Song Contest is a very well respected live production and we were delighted that it acted as a launch event for our new T*AP. It was a success story for all those who participated.”

Fricke adds that being part of the Eurovision Song Contest was a fantastic experience.

“This was something that I will probably only do once in my lifetime,” he says. “We had so much fun with all of the 43 broadcasters involved and I feel very lucky to have had the opportunity to work on such a prestigious event. It was a logistical challenge because we had very little time between each act to change the whole stage situation, including mikes, stands, instruments and props etc. But everyone played their part and it was like lots of small gears working in one big machine. The end result was a huge success.”