It’s a Beautiful Thing for grandMA 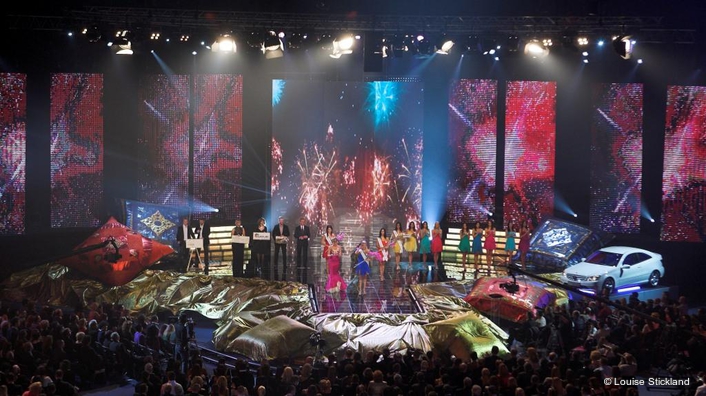 The show’s visuals were designed by Martin Kubanka. He worked closely with lighting and video programmers and operators Michal Schmid and Tomas Lecky, who each used a grandMA full-size console for their respective departments.

Says Kubanka, “I have been using grandMA for at least 10 years on all my shows and I would not even think about using another brand, and especially not now, for shows like this which are seeing the increasing integration of video and digital light sources with the medium of lighting”.

Even after all this time, he says he’s “still discovering” new features and ways of achieving things and coming up with fresh programming ideas – “The grandMA is an exceptionally dynamic control platform,” he concludes.

Slovakia’s leading lighting & sound production company Q-99, also based in Bratislava, supplied the equipment for Miss Universe Slovenskej Republiky 2010. It was one of the first ever companies to invest in the new generation of grandMA consoles soon after they launched in the late 1990s, and the serial number for their first grandMA is 36! 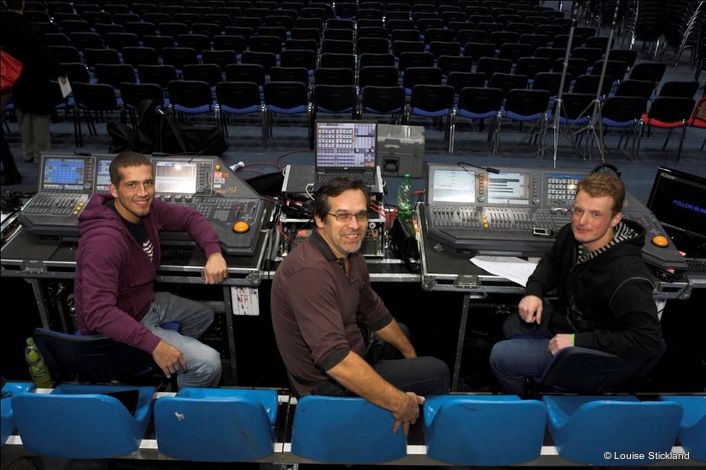 Content for all the LED surfaces was stored on and played back from the video stations, triggered via Tomas Lecky’s grandMA console. They also took in some STV camera feeds so IMAG footage could be output to the hi-res screens via the video stations.

The show was hailed as among the most visually exciting yet seen on Slovakian TV, and was a resounding success both critically and commercially, as a live telecast and for all gathered at the SIBAMAC Arena. Kubanka comments, “Only using MA could I really unite this many visual elements so easily and seamlessly in a tight timeframe.”

The show was directed by Thomas Eibner. The set was designed by Michael Klang, and the DoP was Vladimir Durcansky.

Miss Universe Slovenskej Republiky 2010 was won by Anna Amenova, who will represent her country at the final of Miss Universe 2010 in August.

Today, MA Lighting is respected for its technical knowledge and has achieved a unique international reputation for its operational philosophy. The company offers 25 years experience and strictly follows a professional user-centric approach, getting as close as possible to the market via its own international offices and support centres in the UK, North America, Latin America, the Middle East/India, Asia Pacific and Scandinavia/Eastern Europe/Russia – supported by a world-wide distribution and service network.