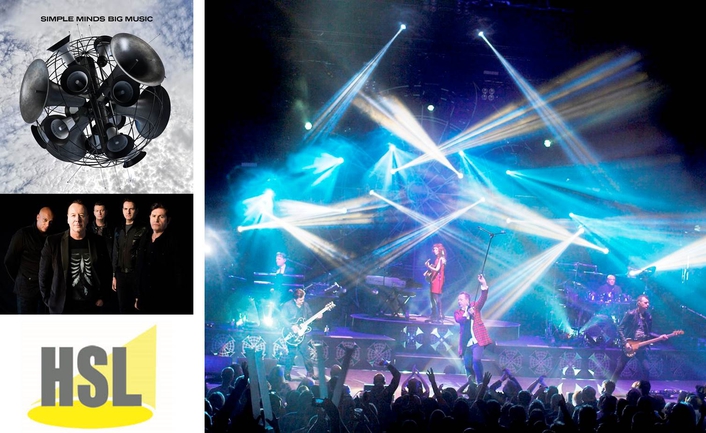 .
Scottish rock band Simple Minds - renowned for numerous memorable and anthemic hits, particularly during the 1980s and 90s often tinted with gritty political resonance together with a hyperactive 35 year touring career – are back on the road with the first new album in five years “Big Music”.

Simple Minds live have also been known for their spectacular and audacious lightshows, and this tour features another impressive creation by long term Lighting Designer Steve Pollard, whose working relationship with Simple Minds dates back to 1981. In fact, along with founder members Jim Kerr (vocals & song writing) and Charlie Burchill (guitars, keyboards and song writing), he’s the only remaining member of the original team!

Blackburn based lighting and visual rental specialist HSL has been supplying lighting kit for all Simple Minds touring work for the last three years and are currently engaged on a lengthy UK and European leg of “Big Music” which is delighting at least two generations of fans. 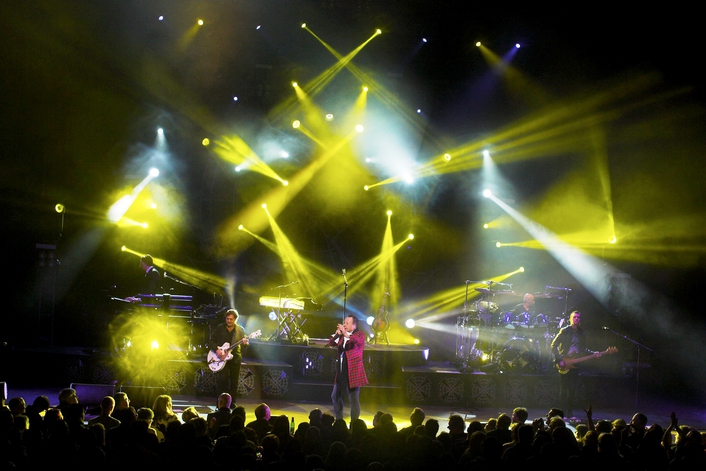 Steve created a completely new design for this tour based around 60 moving lights, for which he chose two types of profile, beam and wash luminaires. There’s much emphasis on back lighting and the accompanying vibe and starkness of this approach influences  many of  the show’s signature looks.

A combination of Martin MAC 3 and Robe 600E Spots make up the profile fixture quota; Robe ColorBeam 700E ATs and Clay Paky Sharpies are the beamers and the washes are a mix of Robe LEDWash 600s and Philips 350 SL LED washes. 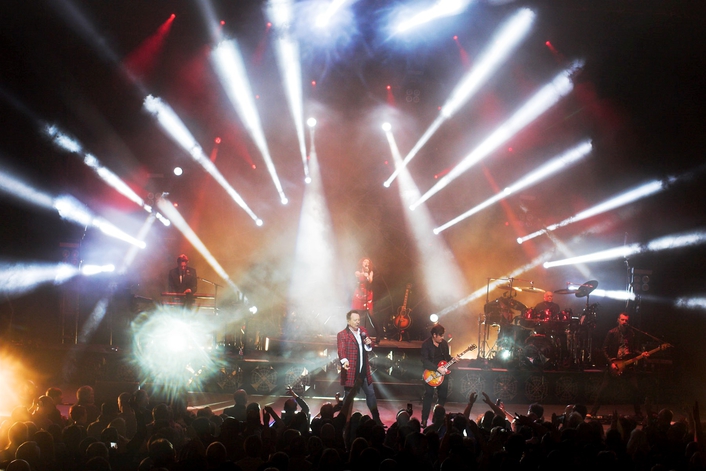 “I like playing with the dynamics and differences of using similar types of fixture made by a range of manufactures” he explains, “This can bring subtle qualities to the look and feel of the lighting scenes”. 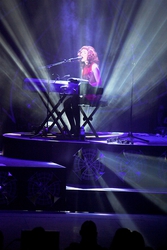 In addition to these, he has a selection of ETC Source Fours for key lighting and specials, Molefeys, picked for their soft tungsten influence which he also likes as a contrast to the precision of the LED outputs, and there are 10 x Philips Nitro strobes on the rig, together with a serious amount of fog and haze.

Steve designed a series of custom frames - fabricated by HSL – which are sub-hung from the upstage truss to provide staggered lighting positions at various depths and angles. This adds massive depth to the performance space that would have not happened using conventional truss positions.

The tour also features a new set, part of Steve’s overall show design with an eye-catching geometrically patterned backdrop evoking an eastern flavour. This was also sourced by HSL and graces the back wall, augmented with three matching decorated fabric cloth drops swoosh down from the roof a metre or so in front. The riser fronts are decorated with similar shapes repeating themselves, giving the whole stage a visual harmony.

Steve is known for his eye for detail, something that he has been keen on since working in the theatre at the very start of his career in lighting and stage design.

On the floor are 12 bespoke Sharpy stands enabling an array of different heights for the singly placed beamers.

All the lighting fixtures are used extensively throughout the show, which is full throttle from the moment the band hits the first chord.

With a massive back catalogue of songs to choose from straddling 16 studio albums and a slew of hits, there are some numbers which over the years have evolved their own distinctive lighting / presentation look. “These songs do vary from tour-to-tour as the designs are different” he explains, ”but the treatment and approach to some core songs remains essentially the same”. 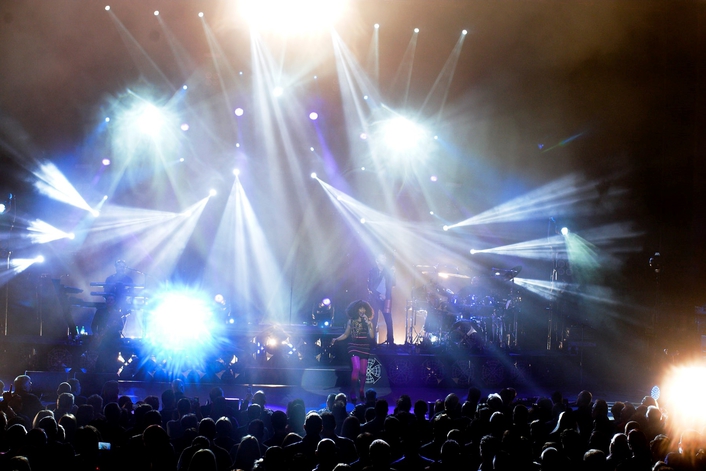 Steve is joined on the road by two of HSL’s top crew – Andy “Paris” Hilton and David “The Colonel” Sulch.

HSL’s MD Simon Stuart comments, “We always enjoying working with Steve, we share his enthusiasm and it’s great to see an LD who has been working with an artist for such a long time still keep coming up with new and inventive ideas … and simply love working on every show!”

Steve reveals that Simple Minds have pretty much toured the world constantly since he came on-board back in 1981, including a ‘Greatest Hits Tour” in 2012 that lasted three years!

The “Big Music” tour is scheduled to play for the rest of the year and will ramp up to a UK arena leg in the autumn … to keep pace with the remarkable demand of the band’s very loyal fanbase. 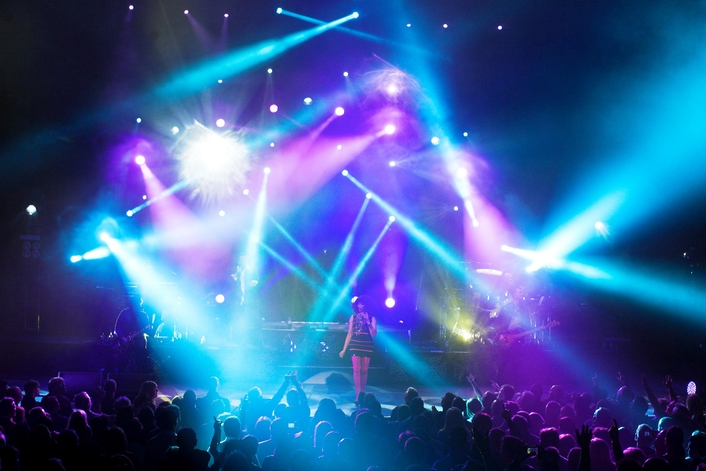