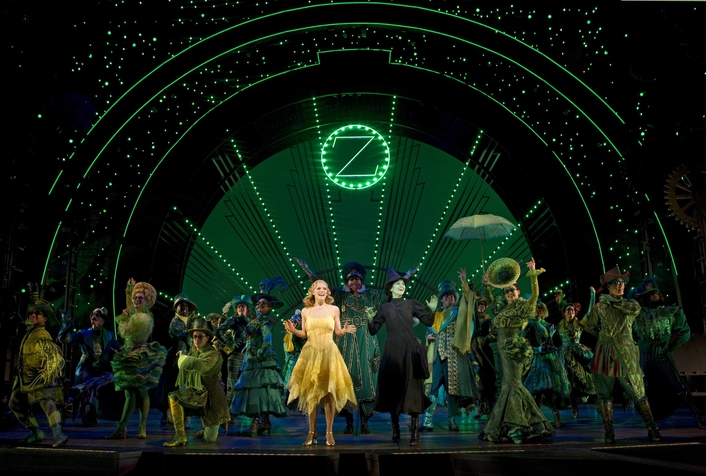 .
There’s a grandMA2 in the house for “Wicked”, the  Broadway musical about the untold story of the Witches of Oz. The long-running show at the Gershwin Theatre recently switched to a grandMA2 full-size console for lighting and special effects control.

“It was time to replace our previous system due to its age, and it made sense to update to a grandMA2,” says Brendan Quigley, show electrician. “All of the ‘Wicked’ shows worldwide are on the grandMA platform, so it was our turn to move up. The grandMA2 is proving to be both agile and rock solid.”

Quigley notes that reliability is critical for a production that does eight shows a week and more than 400 performances a year, not counting rehearsals. “The previous control platforms were approaching 20 years old, so it was time to ensure that we had a stable system moving forward. We need a desk we can call on day after day to deliver the show our audience expects and wants to see.”

Even with all that gear, “we really aren’t pushing the limits of the grandMA2,” he reports.  “We’ve only replicated the original show that was programmed on other systems. The grandMA2 has far more power than we will ever need or want. We’re very happy with it and know it will be state-of-the-art for the remainder of the run of ‘Wicked.’ It’s a stable desk that will serve our needs for years to come.”