grandMA2 has the X-Factor 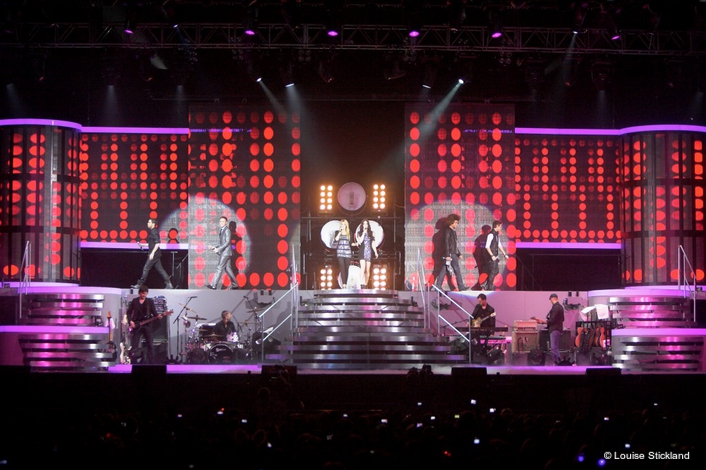 The X-Factor Live lighting rig consists of five trusses
A grandMA2 full-size, a grandMA2 light and an MA NPU (Network Processing Unit) are on tour with the 2010 X-Factor Live arena show, which have been specified and are operated and owned by Lighting Designer Neil Trenell.

Trenell was asked to create a lighting and video design by the show's technical producers Production North, and naturally wanted to use his own control set up to run both lighting and video. He worked closely with the show directors Annabel Hayden and Stacey Haynes, and it's certainly one of the best looking and most entertaining X-Factor Live tours to date, starring eight of the finalists from the 2009 hit talent show TV series.

When it came to visual control, "It was a completely logical choice as I know the system so well," he says. It's a large investment for an LD to make in consoles, but Trenell thinks it's one of his best moves ever, as he can always use his system of choice. This makes a big difference to how fast he can programme a show and consequently to how adventurous and imaginative he can be with the design.

He likes many cool things about the grandMA2, particularly in the layout, which he says makes everything "even quicker" than programming a series 1 console. "It's hugely powerful and has very little latency," he comments, adding that he's found the system to be very stable and reliable - just like its predecessor. 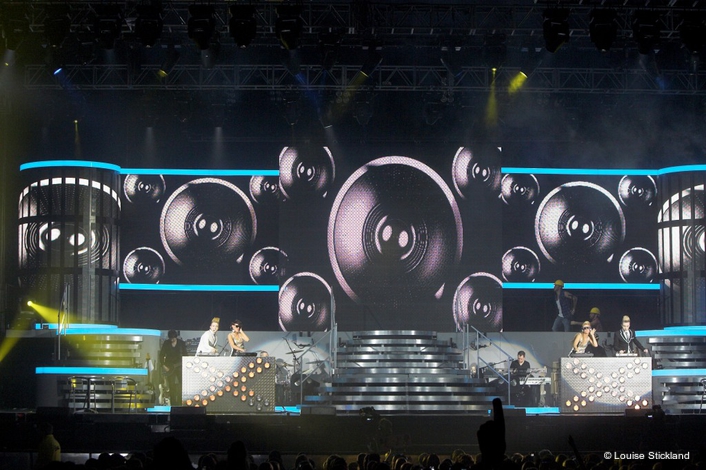 The fact that the screens display a massive amount of information which everything can be accessed instantly is a real advantage, and, like many, he also thinks that the multi-user environment enabled by MA is a great step ahead. Features that he uses extensively include Part Cues, which aid the video incorporation. In this case he is running 3 x Hippotizer media servers from the console.

The X-Factor Live lighting rig consists of five trusses. Rigged mostly with Martin Moving Lights but on the floor are also 12 Clay Paky Alpha Beam 300s.Trenell’s brief was to keep the rig as simple as possible due to the extremely gruelling schedule, with 57 shows in eight weeks including matinees and evenings, sometimes on the get in days. He also has to give each performer a series of unique and distinctive looks and deal with a host of musical genres from heavy rock to ballads and everything in between.

A departure from previous X-Factor Live tours is that it has been evolved very much as a live theatre show and spectacle rather than replicating the TV show, although there are some definite elements of TV aesthetics also required. 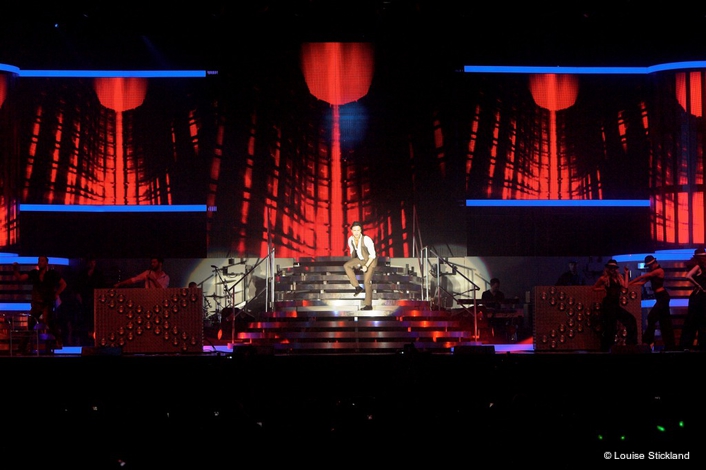 On the floor are also 12 Clay Paky Alpha Beam 300s

The grandMA2 is running nine universes of DMX - six for the lighting and three for the media servers. The second one is a backup, and the grandMA2 light is being used as a technical desk at side stage. Trenell programmed the show with Jonathan Rouse using an additional grandMA2 full-size brought in for the production rehearsal period in Liverpool Arena, which also featured some "fantastic" technical support from MA UK's Callum Howie.

The lighting rig is being supplied by Bandit Lites UK, with sound from Wigwam and video screens and camera PPU from XL Video UK. Pyro and a gas jet system is being supplied by Pyro Junkies, and the tour rigger is Mark Ward from Over The Top Rigging. The tour Production Manager is Sarah Hollis and the Production Director is Iain Whitehead from Production North. Trenell's crew from Bandit are Mike Humeniuk, Martin Garnish and Joe Simpson, who he describes as "a great team".