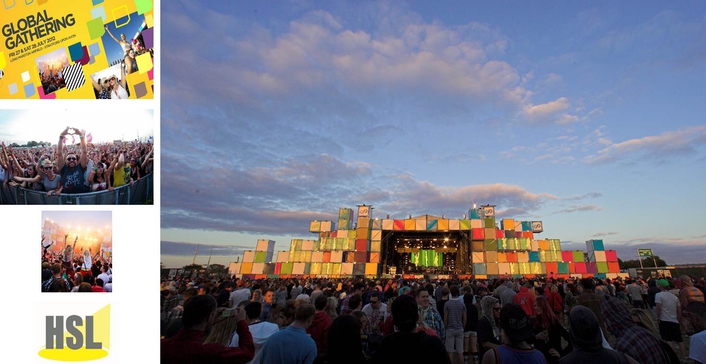 Even the sun participated in the fun
Leading UK lighting and visuals rental company HSL continued its busy summer supplying lighting equipment, LED screens, trussing and rigging for the Main Stage and five tented arenas at the 2012 Global Gathering event, staged at Long Marston Airfield near Stratford ….. attracting up to 50,000 dance music fans over two days.

Even the sun participated in the fun .. delighting everyone with a fantastic performance over the two days – one of the few UK festivals this summer not to be plagued by erratic weather. The good weather prompted a run on the last remaining tickets the week before. 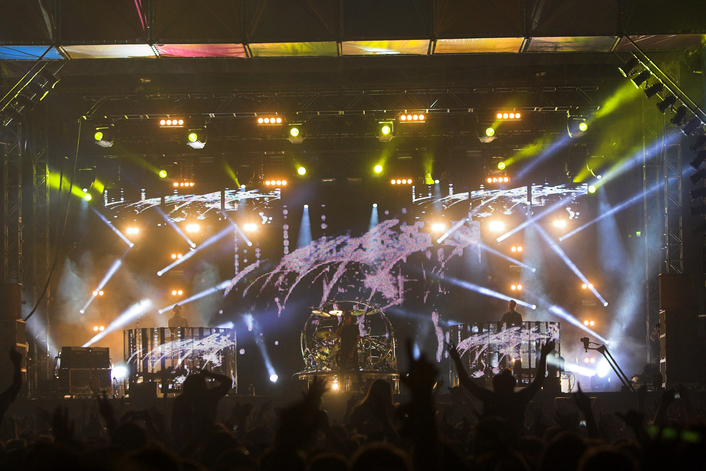 HSL is also supplying Chase & Status’s lighting designer Neil Carson with a  lighting and screens ‘specials’ package for their on-going summer festival tour, with a new variation making its debut at Global.

In addition to these, were 160 Molefeys, 150 Martin Professional Atomic strobes, 156 Pulsar Chroma Strips and Source Four profiles for key lighting.

For the Main stage and Arenas 4 and 5 HSL supplied sizable quantities of Martin LC and EC LED screens, arranged in different configurations. 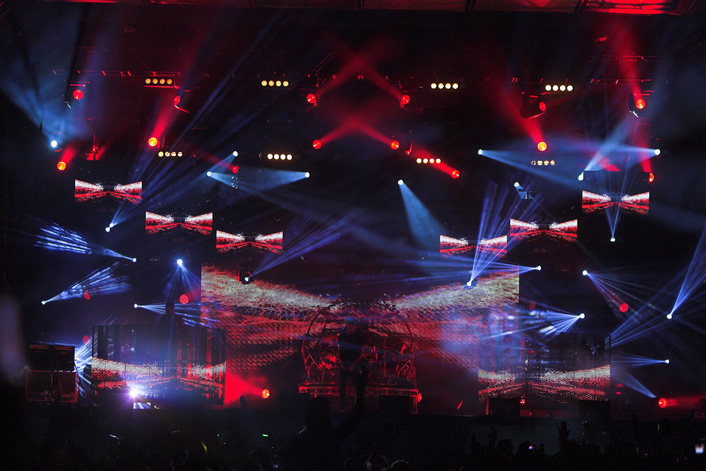 A Mole-tastic blinder count totalled 52 x 2-lites, 12 x 8-lites and 24 x 4-lites scattered all around the ‘cubed’ set structure that clad the stage.

For control, the choice was between a Chamsys MagicQ200 and a Martin M1 for lighting, with a Maxedia system running video operated by Dave Stewart for most of the weekend. Once again, Avolites supplied consoles to all of the Arenas.

Chase & Status
Neil Carson’s dynamic, edgy visual design for this band continues to evolve with the Specials Package they are currently touring, which has at least three different permutations, with another (the A-Rig) debuted for the first time at Global – all supplied by HSL 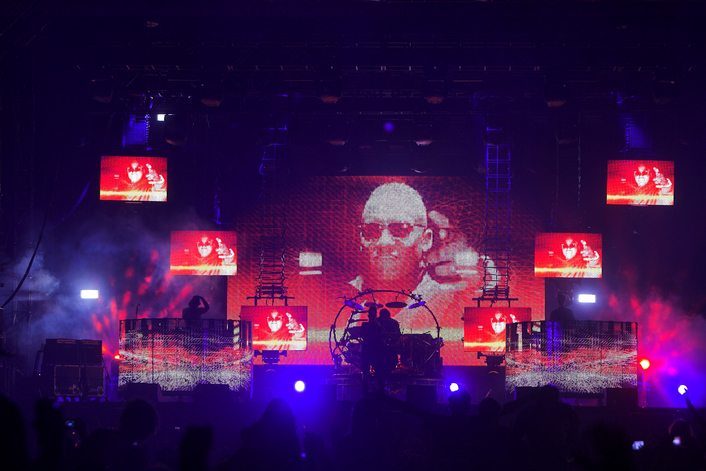 Global saw an additional six Mac XB Washes, stationed on the floor, together with eight more GLPs and 30 x 2-lites – which even in addition to the 50 plus in the house rig were not enough for Carson who simply loves these units!

Also extra was an automated video screen system. Twenty-four panels of Martin EC10 screen were rigged in 2 x 4 format on six Kinesys motors and moved in and out to create different shapes throughout the set. Also on these pantographs was a Sharpie and a 2-lite. The Kinesys system was operated by Chris Roper.

Video fed to these and the band’s touring EC10 and EC 20 Screens – also from HSL – comes from Chase & Status’s own custom media server.

HSL’s Neil “Braveheart” Smith is looking after all the kit on tour, with Chris Roper and Matt Brown on the A-Rig variation, which next appears at the SW4 Festival in London on the August Bank Holiday weekend.

HSL has looked after Chase & Status’s lighting and visual requirements for three years now, and project manager Mike Oates explains that the challenges for the current tour are in the logistics – with four alternative Specials rigs. 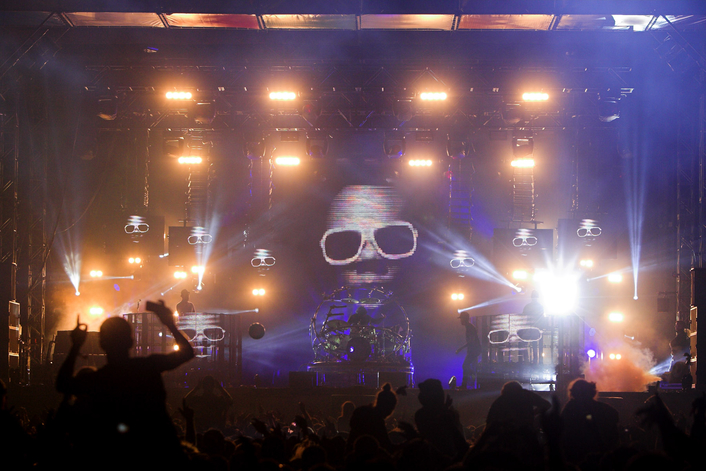 Commenting on Global Gathering generally, Oates says “It’s become a very seamless and efficient operation working with Electric Fly on this event – it goes like clockwork.

“The interesting thing each year is to see how they develop their designs and looks for the different arenas. The trend toward using the smaller and more energy efficient lightsources brings many bonuses whilst losing nothing on impact.”