The German TV Awards 2010 at the MMC-Coloneum 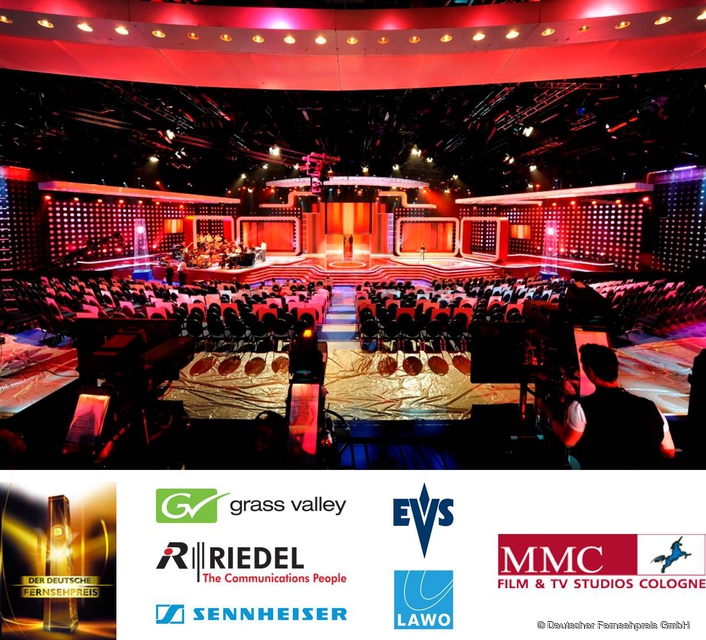 The gala was broadcast by public channel “DAS ERSTE”
The 12th German TV Awards were presented on October 9th, 2010 at the Coloneum in Cologne. Magic Magic Media Company (MMC) was responsible for the technical realisation of the gala show and the set construction at the studio. In addition the design and the construction of the after show area at the “Coloneum Mall” were provided by MMC as well as the technical services for the party.

On the day of the awards gala the independent jury of nine, chaired by Bettina Böttinger and Christoph Keese, selected the final winners. The big winners of the evening were Domink Graf’s mafia drama “Face to Face with Crime” that won for best mini-series as well as for its “extraordinary contribution” to fiction, and Stefan Raab who picked up prizes for “extraordinary contribution” to TV entertainment and for the “Best Entertainment Series” for his music talent show “Our Star for Oslo”.

Winners of the Deutscher Fernsehpreis 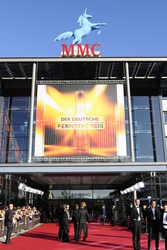 The camera signals were mixed on a GVG Kayenne (3.5 M/E) at MMC’s control room 11. In addition an EVS and a GVG Summit Server were used for playback and recording.

Communications and audio were also demanding as 25 intercom connections, 125 radios and 16 wireless Neumann/Sennheiser SKM 5000 wireless microphones had to be managed by the Riedel Artist Communication Matrix and the Lawo mc² 82 audio mixer at the control room.

The set at MMC-Studio 30/31 was built by MMC’s set construction department based on a design by Jürgen Hassler. In addition this department was responsible for the design and the construction of the after show area at the “Coloneum Mall”.