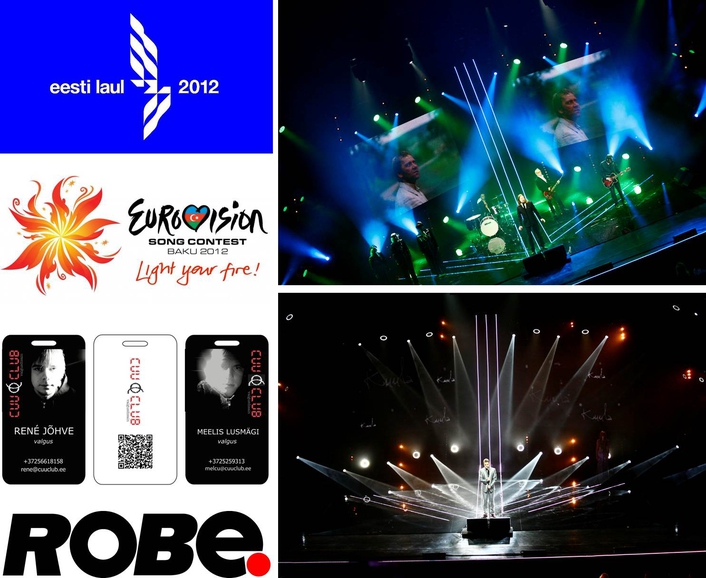 The event was staged in the Nokia Concert Hall in Estonian capital Tallinn. Presented by high profile comedians Tiit Sukk and Taavi Teplenkov, it was broadcast live nationwide on the Estonian public broadcasting channel ETV1 and also enjoyed by a live audience of 1800 who saw the 20 finalists battle it out.

It was Jõhve and Meelis’s first time designing lighting and set for the event, winning the project after presenting imaginative and fresh ideas.

Using previous Eesti Laul competitions as their creative starting point, they took all the classic requirements of the TV show / competition, and combined these with a set of new and different visual concepts for 2012.

“We have used Robe fixtures for a long time, and found them to be reliable and innovative”, confirms the designer who has been integrating Robe into his work since 2005.

The trusses were arranged in an arc around and above the stage, for an overall theatrical look which also worked ideally for the TV.

The ROBIN 300 and 600 LEDWashes and the ROBIN 600 Spots were on the rear overhead trusses, used for multiple effects and strong colour-rich backlight looks on camera, while the ColorSpot and Washes were rigged on the venue’s fly bars, used for artist contra-light and front lighting. 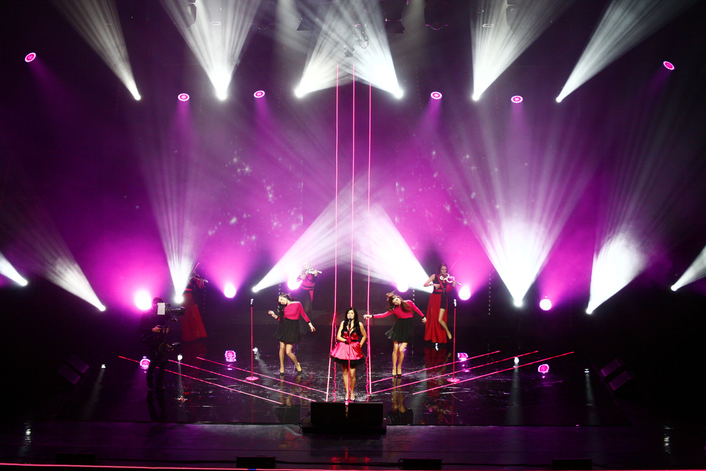 Each competitor had their own distinctive lightshow, a task relatively easy to achieve with all the Robes up above, but that required some intense programming to perfect in a short timeframe.

Jõhve likes many features prominent on the Robes, in particular, the fast iris, the smooth colour mixing and the individual pixel rings on the LEDWashes which are versatile and interesting, always looking good on camera as well as to the eye. He comments that the colours and the way the units handle is “Beautiful”

Singer Ott Lepland took the top slot in a very close contest with his ballad “Kuula” (Listen), which was judged by a combination of the jury and public tele-voting. He will now represent Estonia  in the Eurovision second semi-final at Baku, Azerbaijan, in May.