.
Around 250 Robe moving lights were used on the two main stages at the 2013 Festa do Peão de Barretos staged over 11 days and nights in Barretos, Sao Paulo, Brazil. It was the first use of Robe’s new Pointe fixture at such a large event in the country.

Festival organisers Barretos based Os Independentes asked Sao Paulo based Apple Produções to provide full technical production and equipment. The two companies have partnered for the last 11 years on the event.

To ensure a successful event, both companies started work for the ‘Barretos Peon Party’ four months in advance, preparing all the project’s elements, and co-ordinating the staff, materials and logistics that would be needed.

Apple Produções also created the lighting and set design, which was developed by Gabriel Pincel, their Lighting Designer and Technical Manager in collaboration with Designers João Batista and Carlos Umbelino, also of Apple.

The Party had two stages: Esplanada, where Villa Mix Barretos Edition Festival was presented on the first weekend; and the Main Stage where a host of the most popular current artists performed live, including Jorge & Mateus, Gusttavo Lima, Bruno & Marrone, Chitãozinho & Xororó and Luan Santana, among others. 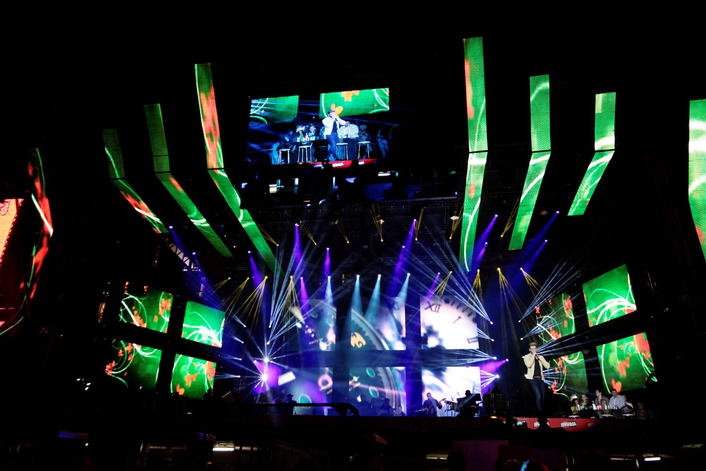 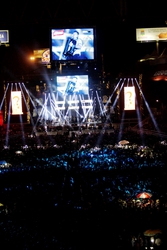 The lighting specs of all the headline artists playing at the festival were studied to ensure that their LD’s requests could be accommodated where possible.

Apple’s Gabriel Pincel enthuses, “It was great to work with the Pointes! They are fully-featured and fast with precise colours, gobos, movement and great optics. They were all we needed to really emphasise the importance of the Barretos Party using the highest quality technology”.

He continues, “The Pointe is a unit that really meets the needs of the Brazilian market. It’s astonishingly good! I liked it so much that I have already bought 60 of them!” he said, highlighting their good partnership and the great support provided by ELO Iluminação, headed by Edivaldo Magoo. “He is working very hard to establish the Robe brand in Brazil” concludes Pincel.

Edivaldo Magoo, Co-Owner and Sales Representative of Sao Paulo based ELO Iluminação and a key Robe partner in Brazil, says, “I’ve been working with Robe moving lights for the last 10 years and every year the company surprises me with the new products. They have fabulous precision, sophistication, design and performance. With devices like the ROBIN MMX Spot, the LEDWash 600 and 1200, the LEDBeam 100 and now the Pointe ... I can really say that Robe is my passion in lighting!”

Apple provided a pre-programming and visualisation studio on-site at Festa do Peão, including three grandMA2 light consoles, a grandMA2 ultra light and three Command Wings, plus two MA VPUs and two MA NPUs, under the supervision of Paulo Lebrão, MA lighting do Brasil, partner of Apple. This is his fifth year of working on this event. 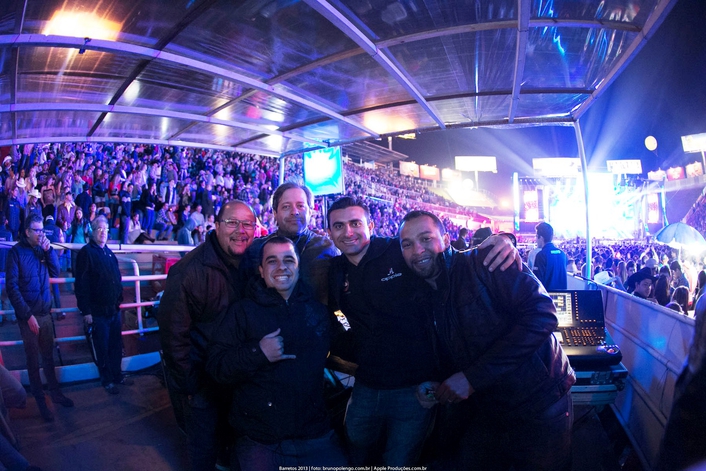 This enabled visiting LDs and lighting directors to prepare their shows complete with support from the company’s specialised technicians.

The 2013 Barretos Party attracted more than 900,000 people and featured over 100 different attractions, generating a turnover of about 20 million Brazilian Reals.

Due to the diversity and massive quantities of technology involved, Apple and its 25 crew started setting up the Main Stage a week before the event started.