"Everything we hoped for": grandMA2 for Albany Theatre 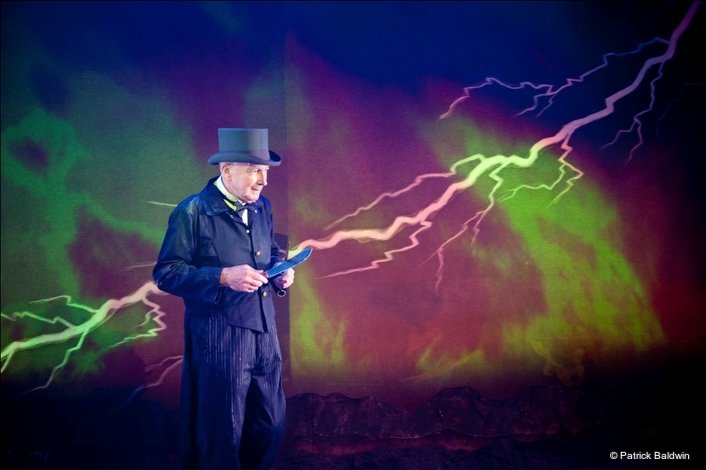 It's show-safe, reliable and beautiful
London's Albany Theatre has invested in a new grandMA2 ultra-light console to replace their old lighting desk. The Albany in Deptford east London, is a busy producing and receiving house, and one of London's leading performing arts venues to showcase a dynamic and lively range of alternative and new works as well as youth and community based projects. The decision to go with grandMA2 was made by Head of Production Fiona Greenhill and Technical Manager Ben Wallace.

The lighting equipment was supplied by Stage Electrics.

Hosting many one night theatre shows and a host of interesting music gigs, they wanted a truly multi-functional console that would be good for busking and fast programming 'on-the-fly' as well as for handling detailed pre-programmed shows. grandMA was initially recommended to the Albany by lighting designer Lawrence Stromski, and originally they thought it would be beyond their budgets, but then Fiona and Ben took the opportunity to check out what MA had to offer at PLASA 2009. Here they saw grandMA2 in action and were seriously impressed. This was followed up by a demo on site by MA UK, after which Fiona placed the order. Now they have taken delivery of the new console, Ben confirms that it's "Everything we hoped for".

The Albany's Chief Technician is Daniel Whewell, and many of their regular lighting operators are chosen from a pool of freelancers, so Ben, Daniel and the key operators all visited MA UK for training. Ben comments, "The training was very thorough, and MA are always on the end of the phone if needed".

Fiona adds, "MA UK's Philip Norfolk's assurance that the company would not sell at all unless it was convinced that it was the right console, and his insistence that they want long term and happy customers was a big plus point, along with all the ongoing investment in the console with software upgrades.

The layout of the console, the fact that each user can have their own or the house can have a 'general' profile or template from which everyone can start is already one of its most popular features.

The new grandMA2 ultra-light has already made life "significantly" easier for the venue's busy lighting department - "It's show-safe, reliable and beautiful," enthuses Ben. It's been used on a myriad of shows - from musical theatre to dance, poetry, drama, comedy, live music, etc. and has proved a hit every time with the operators and users - both in house and visiting.

It is also proving very easy to learn. Recently one of the theatre's technical students busked a show on it after only a couple of hours training - a real testament to its intuitivity and user-friendliness.