Eurovision Song Contest enchanted by the sound of Sennheiser 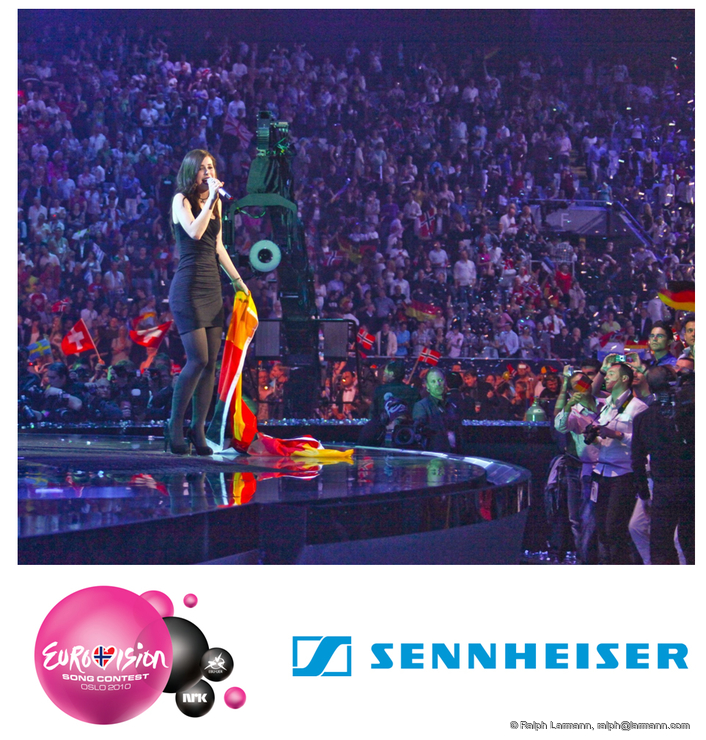 She won the 2010 Eurovision Song Contest and could barely believe it: Lena thanks the audience
Lena was overjoyed when she won the 2010 Eurovision Song Contest, and Europe was just as pleased with the Norwegian Broadcasting Corporation (NRK): the broadcaster presented a fantastic music event with outstanding competitors to the whole of Europe. “We want to share the Eurovision Song Contest, rather than just broadcast it,” said Hasse Lindmo, Contest Producer at NRK, when he introduced the motto, “Share the moment”. And the broadcaster more than fulfilled its promise. Audio specialist Sennheiser provided the wireless microphone and monitoring technology for this massive event for the 23rd time – in fact, it was the largest wireless system ever used for a Song Contest.

The whole of Europe watches Oslo

An audience of 18,000 attended the live show at the Telenor Arena in Oslo, whilst 125 million viewers across Europe were glued to their screens as “lovely Lena” and her song “Satellite” won the Contest with 246 points, followed by Turkish band manGa and their song “We Could Be the Same” in second place, and Romanian entrants Paula Seling and Ovi with their song “Playing with Fire” in third. The show was presented by Erik Solbakken, Haddy Jatou N’jie and Nadia Hasnaoui, and Crown Princess Mette Marit and her son were among the more prominent guests at this European spectacular. 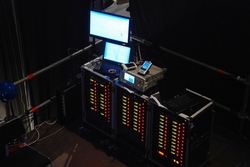 The final was the climax of a massive project lasting several months for broadcaster NRK, the European Broadcasting Union (EBU), audio company AVAB CAC, and Sennheiser Nordic A/S, represented in Oslo by RF specialist Jonas Næsby. Quite apart from the creative aspect of the project, the technical and logistical expense for NRK was immense: a crew of around 1,000 was entrusted with taking care of the artists, setting up the stage and equipment and ensuring that everything went off without a hitch. In the end, it took around 200 trucks to bring the stage, lighting and audio technology to the Arena. And finally, the 25 finalists who had come through the two preliminary rounds performed on a stage of almost 1,000 square metres, which was adjusted for each song thanks to flexible stage components and lighting.

A completely new Sennheiser system was put together for the show: “All the equipment was ‘run in’ initially,” recounted RF expert Jonas Næsby. “For such an important event – the whole of Europe was watching Oslo – everything had to work 100%, so we tested all our equipment thoroughly in advance.” The EM 3732-II receiver brought calm to the proceedings: “Before, we needed several receivers with different frequency ranges,” says Jonas Næsby. “Now we just need to programme the frequency into the mark II model, because the new receiver has a switching bandwidth of around 180 MHz.”

Sennheiser Products at the Event 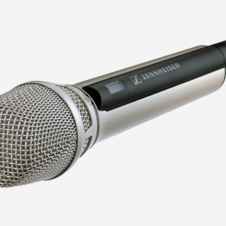 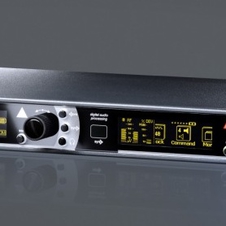 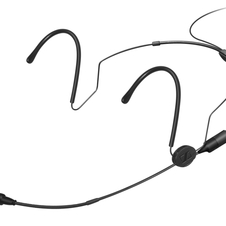 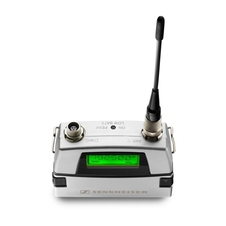 Sennheiser Nordic provided a tried-and-tested combo for the artists – the SKM 5200 handheld transmitter with Neumann KK 105 S capsule. This has a super-cardioid pick-up pattern, is robust, and effectively suppresses pop and handling noise. Artists who needed both hands free for their performance – such as Sofia Nizharadze from Georgia – sang with the SK 5212-II pocket transmitter and HSP 4 headset microphone, which efficiently rejects ambient noise and feedback. The 64 microphone systems and 26 monitoring systems were managed and controlled via the Wireless Systems Manager software. The artists enjoyed the use of 2000 Series monitoring systems with adaptive diversity receivers, and Sennheiser Nordic provided more than 80 additional IEM receivers for communication and monitoring purposes – for camera operators, the stage managers and the members of the national delegations.

Wireless monitoring was extremely popular with the artists. Many of them experienced this kind of monitoring for the first time at the Eurovision Song Contest. In the rehearsal phase for the Song Contest, NRK had set up a separate IEM stage, where plenty of time could be given for fine-tuning the monitoring mix, which met with an enthusiastic response from both artists and sound engineers. Once the monitor sound was adjusted, the mix was simply transferred from the IEM rehearsal monitor console to the stage monitor console. So the participants could devote themselves entirely to their music and stage show, confident in the knowledge that the monitoring was set perfectly for them.

Redundancy is the trump card

For the live broadcast, NRK and AVAB CAC had backup for all the technical equipment, from the monitor desk and FOH desk to the OB van, with a second van with backup consoles for video and music mixing. The mixing was carried out in stereo and 5.1 format. 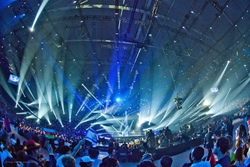 Jonas Næsby also had backups for everything at his disposal, including three complete antenna systems: “We kept one extra running just to ensure that we would always have two operational systems if one of them had a fault.” A detailed frequency plan avoided all possible sources of interference. Whilst LED arrays may be a visual delight for the fans, they do not make life easy for sound engineers. Why? Because LEDs, dimmers and synchronised lights send out signals almost across the entire frequency spectrum, from medium wave right up to gigahertz frequencies (and at this Song Contest, there was even an LED dress). Then you had digital TV broadcasters, TV reporting teams’ wireless equipment, digital multiplexers and the security officials’ walkie-talkies.

The Norwegian broadcaster showed great imagination in living up to its motto, “Share the moment”. With the Eurodance flash mob with music from Madcon, the broadcaster really came up with something new. NRK’s pictures of people dancing captured the audience’s joie de vivre and showed Europe united in music.

Gaute Nistov, Head of Sound at NRK, sums it up: “Once again, Sennheiser radio technology worked perfectly – and this was probably the most elaborate wireless set-up that we have ever used for a Eurovision Final. I would particularly like to thank Jonas Næsby for planning everything so carefully.”

The Sennheiser Group, with its headquarters in Wedemark near Hanover, Germany, is one of the world’s leading manufacturers of microphones, headphones and wireless transmission systems. The family-owned company, which was established in 1945, recorded sales of over €385 million in 2008. Sennheiser employs more than 2,100 people worldwide, around 55% of whom are in Germany. Sennheiser has manufacturing plants in Germany, Ireland and the USA, and is represented worldwide by subsidiaries in France, Great Britain, Belgium, the Netherlands, Germany, Denmark (Nordic), Russia, Hong Kong, India, Singapore, Japan, China, Canada, Mexico and the USA, as well as by long-term trading partners in many other countries. Also part of the Sennheiser Group are Georg Neumann GmbH, Berlin (studio microphones), and the joint venture Sennheiser Communications A/S (headsets for PCs, offices and call centres).