Approx. 135 trucks carrying 40 tons apiece were used to deliver the lights, the LED equipment, the rigging and the power supply
Cape Cross was one of the official suppliers to the Eurovision Song Contest 2011 in Düsseldorf, providing individually customised solutions for the competition.

Cape Cross was responsible for the largest-scale technology package of the 56th Eurovision Song Contest. Approx. 135 trucks carrying 40 tons apiece were used to deliver the lights, the LED equipment, the rigging and the power supply to the Esprit Arena in Dusseldorf. Well over 300 Cape Cross employees took part in the construction and installation of the massive technical set-up. Over 2,200 spot units were used to create over 31,000 lighting effects. These included over 1,100 moving, automated light sources and another 1,000 multi-functional spots, including LED lights mounted on trusses totaling almost nine kilometres in length. The LED wall was 60 meters wide and 18 meters high and, including the spotlight equipment surrounding it, covered an area of over 1,300 square metres.

As was the case for the semi-final events, the perfect staging of the final on 14 May was praised by all. "The audience was treated to an excellent show, especially visually." (Spiegel Online, 15 May 2011). Indeed, the overall reaction to the show: undiluted enthusiasm. What a huge stage, and what amazing effects on and by the giant LED wall! There was also repeated praise from the jury presidents of the participating countries for the show and its moderators. Safura from Azerbaijan sang: "Thanks for the wonderful show!" 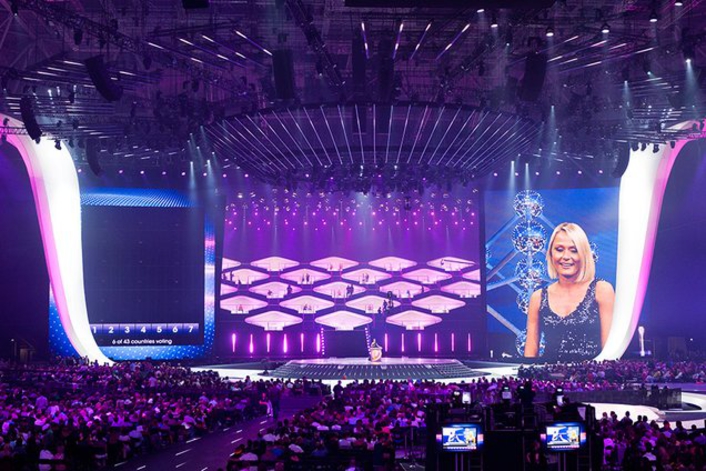 "Thanks for the wonderful show!"

"A raging success for Düsseldorf ─ and for Germany!" (Express, 15 May 2011). "The greatest TV show ever produced on German television treated long-distance viewers to a great long-distance cinematic experience: The marvellous stage, the gigantic, brilliantly-coloured 60 x 18-metre screen, the playfully imaginative film shorts and the untypically German gags ─ everything worked just perfectly." (Stern Online, 15 May 2011).

The Production of the Postcards

The introduction of each participating country at the Eurovision Song Contest had to be realized with a “Postcard” and each Postcard should reflect “Reality” in a miniature version with the so called „Tilt-Shift-Look“. To realize the Postcard idea of director Tobi Baumann many test shots were carried out. Already the very first shots with two RED cameras were supported by DoP Tom Holzhauser. And after these extensive tests the team decided to produce the 43 Postcards with RED 4K HD cameras (rented by Kameraverleih Ludwig with all supporting equipment) in a complete tapeless workflow.

The selection of the cameras and the required visual effects were some of several facts to get the so-called „Playmobil-Effect“ in post-production. Determining factors have been the number of pictures per second and the shutter-position as well as the correct distance and the right angle to the motive. The post-production team tried a lot to get the required “Tilt-Shift-Look”. Motion of FCP Studio and After Effects again proofed that they were good tools. However the team around Andrzej Jesionek, Daniel Ludwig and Peter Dohr needed to upgrade two MAC Pro systems with RAM memory of up to 32GB and to install the latest Plug-Ins. 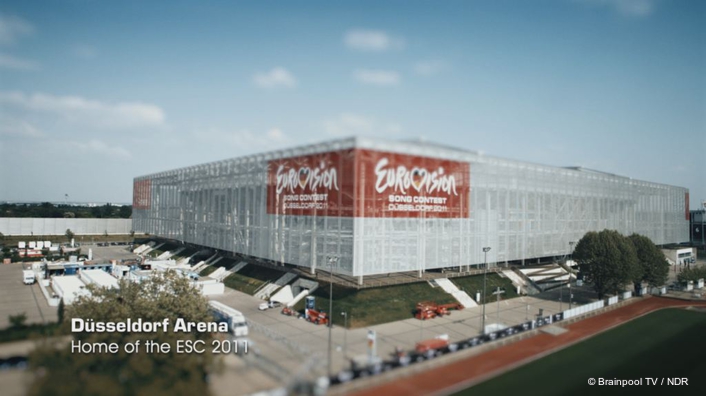 For special shootings, for instance in the air and under water, in addition to the RED cameras Canon 5D, 7D, Go-Pro and HDCAM SR cameras were in operation temporarily. In February, March and April two camera teams were continuously on location delivering wonderful pictures every day. And every day couriers delivered between 200GB and 300GB video data, which had to de-bayered and to be converted to MFX-files for editing.

The de-bayering and pre-grading was realised with MAC Pro 4.1 quad-core processors with 24 GB RAM. PCI-Express RED-Rocket-cards and the software „REDCINE X” enabled the post-production team to achieve a fast data processing. The output of this conversion process were DNxHD-files which were copied onto an edit-share-system to which AVID-Nitris-DX editing systems were connected. All AVID-Nitris systems could access the DNxHD-files on the edit-share system, only the ALE-data generated by REDCINE X had to be imported into the AVID-Nitris systems locally.

After fine editing some takes, which were shoot during bad weather conditions, got integrated and colourised with the „Speedgrade DI“ colour grading system. With the support of the editor in chief Martin Wolf the team was able to integrate most of the data directly into the AVID-Nitris workstations. Martin Wolf also delivered some additional special effects which made the Postcards quite unique and Oliver Luckas, Robert Faust and Stefan Kolleck finally were responsible for the perfect sound. 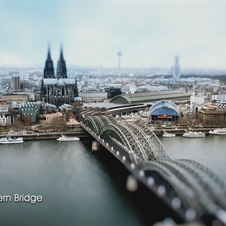 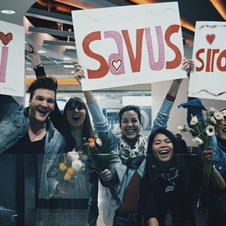 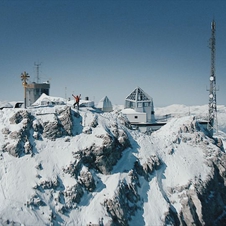 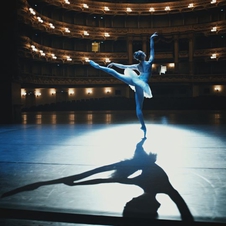 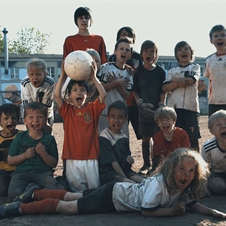 The memory requirements for the 43 Postcards were ~ 30 TB, spread among 5 servers. The whole production took 50 days of shooting, 35 days of editing, 50 days for VFX, retouching and colour grading and 20 days of scoring and sound mixing. In cooperation with postproduction-supervisor Tim Krause from BRAINPOOL-TV the team was able to cope with this amount of data and to finish the 43 Postcards just in time for the first semi-final of the Eurovision Song Contest on 10 May.

Creative Technology at th... Seeing Beyond the Vision
A galaxy of lights: grand...00 parameters at ESC 2011
REVIEW: The Eurovision Song Contest 2011