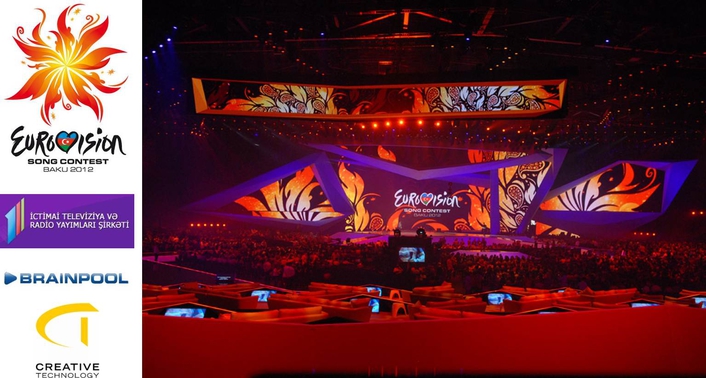 After the successful ESC 2011 held in Düsseldorf, Creative Technology (CT) was again chosen as partner of BRAINPOOL TV GmbH on behalf of Ictimai TV for the realisation of this unique TV stage set providing a stunning LED installation in the recently built Crystal Hall.

Thousands of spectators and fans were present at the live final in Baku on May 26th 2012, with an estimated television audience of 120 million people worldwide watching on television. The winner was Sweden’s Loreen with her song ‘Euphoria’ meaning the Eurovision Song Contest 2013 will travel to Stockholm in May next year.

The Crystal Hall, built in only eight months, is situated on the coast of the Caspian Sea in the cosmopolitan metropolis of Baku and is an architectural highlight positioned besides a variety of modern and historical buildings in the area. The German Set Designer Florian Wieder and Lighting Designer Jerry Appelt transformed the interior and exterior of the Hall into a unique and gigantic TV set.

The Challenges:
•    Concept consulting and technical solutions for the professional realisation of the TV stage set with the latest, state of the art media technology.
•   Technical planning of the LED, video and Encore production technology.
•    Logistical co-ordination / organisation of 90 tons of media technology equipment.
•   Six months planning and preparation time in Germany with almost 7,270 working hours during set-up and show-time on site.
•    Co-ordination of 22 team members during set-up, rehearsals, both semi-finals, the grand final and for the dismantling after the show. 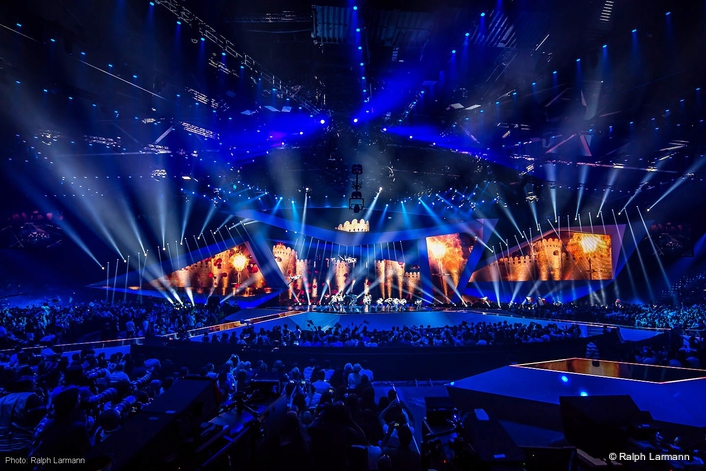 CT Project Manager Alexander Klaus was highly satisfied with the project in the remote Azerbaijan area: “I am overwhelmed with the Eurovision show here in Baku and the perfect match of the team that had previously and successfully worked on Eurovision 2011 at home in Düsseldorf. Any challenges of this major project in Baku were handled as part of a team alongside the other parties and partner companies with the overall realisation of the project being part of a long-term co-operation with partner Cape Cross Studio & Filmlichtgesellschaft mbH. CT’s next project following the show in Baku is ‘Germany’s Next Top Model Final’ live at the LANXESS arena in Cologne on June 07, 2012.”

Creative Technology is an international full-service provider for rental and installation of professional video/audio/lighting media technology at exhibitions, conferences, events, shows and on TV and on site for agencies, corporate, stand builders, producers and creative professionals - worldwide.

CT Provides Vision to The Voice
Audi triumphs in Le Mans
Creative Technology at th... Seeing Beyond the Vision