The 2012 Eurovision Song Contest in Baku
With its motto “Light Your Fire!”, the biggest live music event in the world will be broadcast from Azerbaijan: the 2012 Eurovision Song Contest is bound to captivate well over 100 million viewers on 26th May. The 57th edition of the contest will also be an anniversary for Sennheiser: it will be the 25th Song Contest to use the audio specialist’s wireless microphones and monitoring systems. Sennheiser technicians are on hand in Baku to assist the production team with their preparations.

The organisers of the Eurovision Song Contest, with host broadcaster Ictimai TV at the helm, have placed their trust in experience. So Brainpool TV GmbH, which worked with the German host broadcaster NDR to produce last year’s outstanding Song Contest, will be producing and directing this year’s event too. Similarly, as in Dusseldorf, Markus Müller of MM Communications will be supplying the wireless equipment. He will work with a team of six to look after the microphone and monitoring requirements in Baku, supporting Florian Kessler, the Head of Sound. Dr. Heinrich Esser, President of the Professional Systems Division at Sennheiser, said: “We are proud that the organisers of the ESC have placed their trust in our microphone technology once again this year, and we are glad to be working with Brainpool and Markus Müller.”

The planning for the microphone and monitoring systems will be in the capable and experienced hands of Markus Müller and his team; they will be assisted by two Sennheiser RF experts, Klaus Willemsen and Gerhard Spyra. Markus Müller said: “A live broadcast with 125 million viewers is an immense challenge: it counts on the reliability both of the equipment and of the people behind the scenes. I am greatly looking forward to Baku and the 2012 Eurovision Song Contest!“ 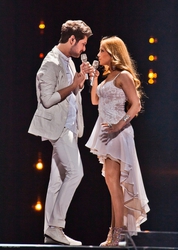 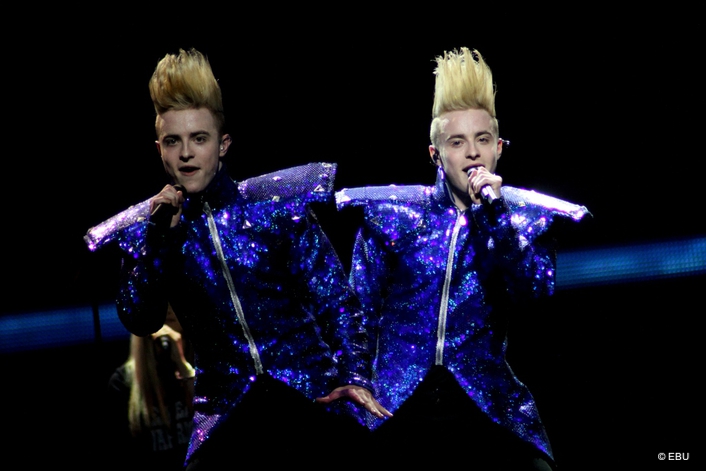 ESC 2012: Jedward at the Rehearsals with Sennheiser Microphones