This year, the focus of MCI’s work was once again the construction of the main stage
At this year’s Eurovision Song Contest on 26th May 2012, Azerbaijan was a simply brilliant host and thrilled an estimated 120 million viewers with a dazzling evening.

However, hosting an event of this scale successfully requires precise planning and months of careful preparation. For this reason, the organisers in Baku called on the companies which did such a great job at last year’s competition in Düsseldorf. Consequently, Brainpool TV awarded the workshops of Studio Hamburg Media Consult (MCI) GmbH the decoration-construction contract for the entire event. MCI’s duties included the construction of the main and side stages, the presenter’s platform, the two catwalks and the green room.

Since mid-April, 60 carpenters, decorators, electricians, painters, draughtsmen and fitters have been working shifts day and night to create the stage concept. One particular challenge faced by project managers Benjamin Neuen and Fabian Bäter in Hamburg this year was the planning and preparations. The unfamiliar situation on-site in Azerbaijan, the distance to the host city and the special import requirements meant that the MCI workshops had to plan more time for the complete realisation of the project and begin with the preliminary construction work as early as January.

Filled with the individual stage elements, the last of 25 40-ft long trailers headed off for Baku in mid-March. A lorry was also required to transport the conveyor podium. To keep transport efforts to a minimum, the individual decorative elements were not assembled and installed until their arrival in Baku. 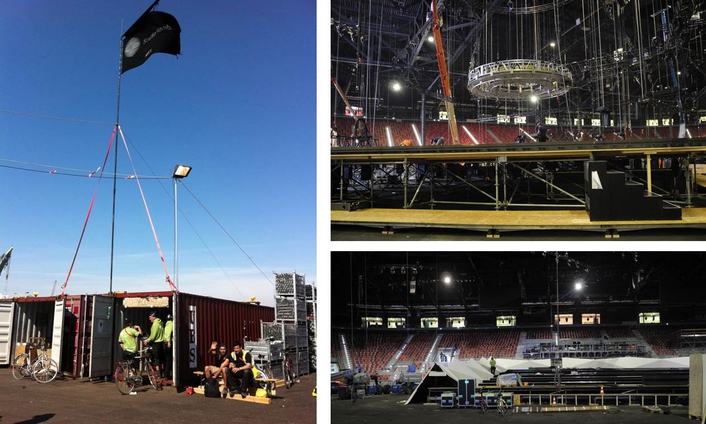 This year, the focus of MCI’s work was once again the construction of the main stage, which fitted perfectly into the purpose-built arena thanks to its angular design.The substructures of the stage elements were produced in cooperation with Nüssli and, as last year, the stage was illuminated in a wide spectrum of colours by a large number of LEDs.

One special decorative element were the so-called "windows", composed of nettle cloth stretched over steel structures and accentuated with LEDS, which drifted above the stage.

“Despite all the adversities and imponderabilities on site, e.g., with local construction companies and safety precautions, this year we managed to put on yet another great show, primarily down to our perfect planning and the partner-like cooperation of all the companies involved," concluded Fabian Bäter, project manager at MCI. 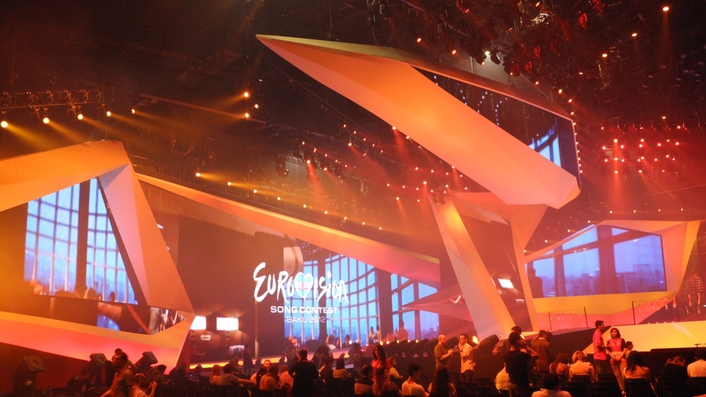 About Studio Hamburg Media Consult International (MCI) GmbH
Studio Hamburg Media Consult International (MCI) GmbH is a systems and trading house operating internationally in the field of professional broadcasting and media technology. Using its own in-house resources, MCI provides consulting, planning and construction services for TV, radio, media and event projects throughout the world.MCI was founded in 1977 as a subsidiary of Studio Hamburg GmbH, one of the largest TV and film production facilities in Europe with studios in Hamburg and Berlin.Media Consult International (MCI) GmbH is the right partner for developing new ideas and concepts. It supplies customised and intelligent solutions ranging from consultancy, technology, equipment and furniture to turn-key installations. The company’s divisions are: Broadcast & Media Systems (systems integration business), Broadcast Consulting, Products (sales and distribution of broadcast products) and Workshops (technical furniture, special solutions, stage and exhibition construction). At Germany’s largest TV production site you will find our team of 100 employees providing creative solutions for implementing the latest technology.