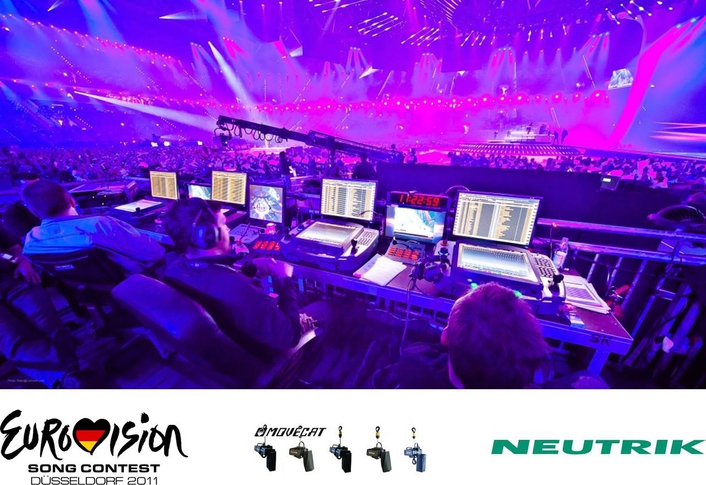 The kinetic equipment for the lavish scenic transformations of the set was praised for its exceptional functionality
No show event was as exciting and impressive as the Eurovision Song Contest in Düsseldorf this year. Even the technology behind the event was impressive. The audio, video, and lighting designs made extraordinary demands on the equipment - no wonder Neutrik products could be found everywhere. At two critical interfaces Neutrik's rugged and reliable opticalCON fiber system was the product of choice.

The Cologne-based events technology company, Cape Cross was responsible for the rigging, lighting and media equipment at ESC 2011 – making the company the principle technical service provider for the production. It was Cape Cross that transformed a football stadium in Düsseldorf into the largest television studio in Europe. To satisfy the very stringent safety guidelines governing this type of event, Movecat equipment from Think Abele GmbH & Co. KG from Nufringen/Germany was employed for the complex scenic stage transformations. The Movecat equipment was connected with Neutrik’s fiber optic connection system.

The complex technical and safety requirements and dimensions of almost 200 meters between the main nodes couldn’t be accomplished with conventional copper wiring. For these critical connections the most robust fiber solution on the market was chosen: the Neutrik opticalCON system. Well established in professional sound, video and lighting, Neutrik’s fiber optic cables carried the control commands and were designed with redundancy, guaranteed by the use of opticalCON a safe, dust-resistant and durable connection. To monitor this safety-critical application Neutrik’s monitoring system opticalCON powerMONITOR was used employed. 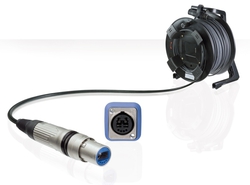 The kinetic equipment for the lavish scenic transformations of the set was praised for its exceptional functionality and BGV C1 and SIL 3 safety features. For the Eurovision Song Contest in the Esprit Arena, the Movecat Partner Stage Kinetik deployed inter alia ninety VMK-S 500-24 chain hoists and V-Motion Power Packs compliant with SIL 3, four Expert-T II system controllers, as well as various network distributors and boosters – all from Movecat.

Aside from the technical requirements for safety, the production called for a complete system that had been tested in conjunction with a modular, service-friendly structure, redundant implementation of significant components, and network functionality over extreme distances. Those criteria were met by Neutrik's rugged fiber optic system.

German public broadcaster NDR, technical host of this TV event of gigantic proportions, produced the national and international sound feeds in the on site mobile broadcast center featuring AURUS sound control rooms from Salzbrenner Stagetec Media Group. “As 'Official Supplier' and partner of German public broadcaster NDR, STAGETEC provided all the mixing consoles used to broadcast this year’s Grand Prix,” says Dr. Klaus-Peter Scholz, one of the MEDIAGROUP’s managing directors. As with all Nexus Stagetec networks opticalCON was the fiber system specified. Neutrik’s optical connection system not only had responsibility for the impressive stage show, but was incorporated in the sound program transmission to viewers at home. 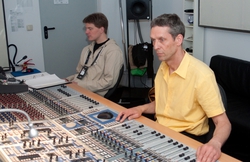 Four AURUS’, each with 48 faders and a full complement of DSP were on site. Three were installed in mobile control rooms the NDR set up on the Arena campus, the fourth was in one of NDR’s HD outside broadcast trucks. Each control room had its own NEXUS network with extensive, military grade and bend optimized Neutrik fiber-optic cabling to allow it to operate independently of the other NEXUS’. The four NEXUS’ also exchanged their audio data via MADI to form a single audio network for the entire TV compound. “The entire installation was planned for maximum reliability by NDR in an outstanding manner” comments Dr. Scholz during set up. This explains why the low-maintenance and reliable Neutrik fiber solution using a fast and secure push-pull locking mechanism was used.

The NDR, the City of Düsseldorf, and Düsseldorf Congress, which operates the Esprit Arena, drew extremely positive results from the event: "The challenge of turning a football stadium into a gigantic television studio with an audience numbering in the tens of thousands was accomplished, and the level of interest within Germany was overwhelming – as the outstanding figures make abundantly clear," reports NDR Director-General Lutz Marmor. Thirty-five thousand people attended the event live in the Esprit Arena, with an additional 13.83 million viewers in Germany and 120 million viewers worldwide following the Eurovision Song Contest on TV.