Entec Drops All for Fat Freddy 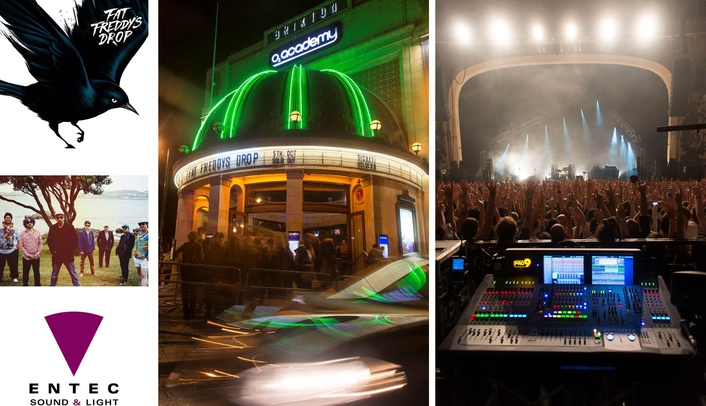 The New Zealand based band - known for their improvised live performances which embrace multiple styles including dub, reggae, soul, jazz, blues and techno - returned to Entec to supply all their production needs following a hugely successful previous one off at Brixton Academy in 2011.

Once again, choosing a company that could deliver all their production elements from one source proved an efficient and cost-effective solution. 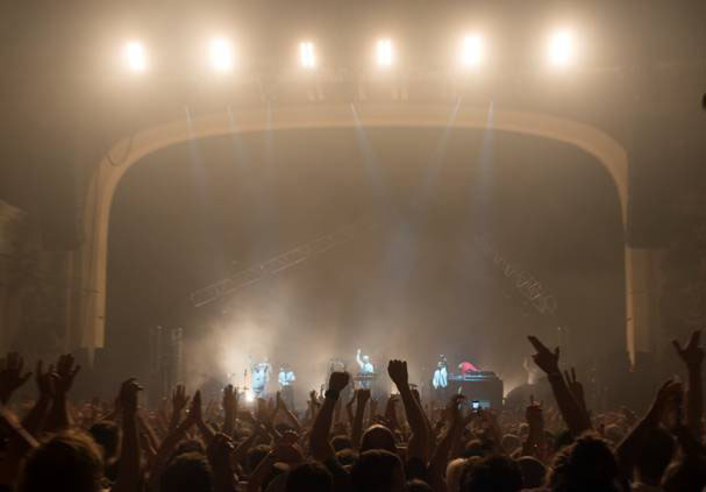 There were three over-stage flown trusses, all raked at jaunty angles, and three upright trusses on the floor, giving the performance space a dynamic, off-beat look and feel.

Martin MAC 700 Profiles were the hard-edged moving light of choice, with 15 dotted around all three overhead trusses.

The vertical floor based trusses featured five PixelLine 1044s on the fronts, and also on the deck were three MAC3 Profile moving lights, positioned upstage of the band for powerful back beamage. Ten 8-lite Moles were split between the floor and the front truss – for blasting into the crowd!

The atmospherics were ramped up with two hazers and two of Entec’s new Jem ZR44 smoke machines.

Butler ran the lights on a grandMA full size console with a grandMA light for backup and was joined by an Entec crew of three, crew chiefed by Chris Gadd plus Will Wright and Tom Crosbie.

Entec’s Lighting Manager Adam Stevenson comments, “It all went very smoothly and Mark produced another great looking show using an expedient amount of lights that were carefully and thoughtfully applied”. 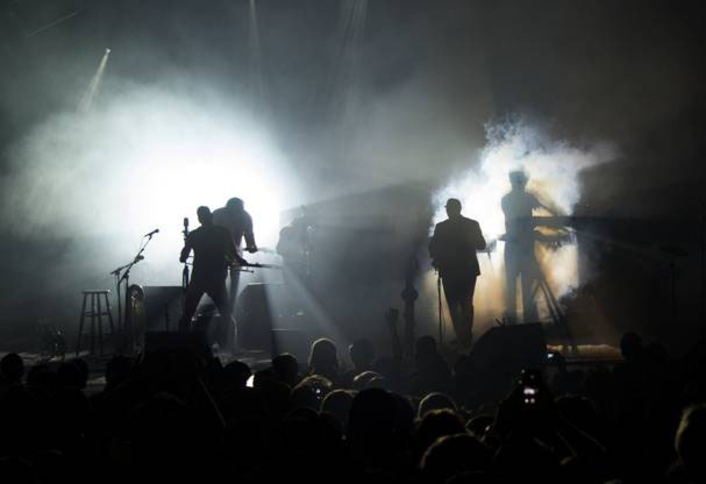 Butler commented after the gigs, “The crew were fabulous - very professional and on to everything before I could even ask for it! I appreciate their hard work, effort and attention to detail … and look forward to using Entec again in the future”.

Sound
Entec’s Head of Sound Dick Hayes oversaw his department and their elements of the project and put together a d&b J-Series package comprising 20 x J8 and four J12 with 12 ground stacked J-SUBS which provided an excellent sound for the band’s eclectic mix of super-bass orientated genres. They used four d&b Q7s and two Q10s for front fills.

Some solid stage side fill coverage was provided by three Q1s and three Q-SUBS a side and there were also 14 x d&b M2 wedges which were combined with some IEMs and radio mics that the band carried with them.

Two Midas PRO9 consoles from Entec were utilised by FOH engineer Chris Gee, who added a selection of his favourite outboards including a legendary Lexicon PCM81 reverb, a TC D2 delay, a Smart Research C2 compressor and the ubiquitous and enduringly popular SPX 990 multi-effects processor. 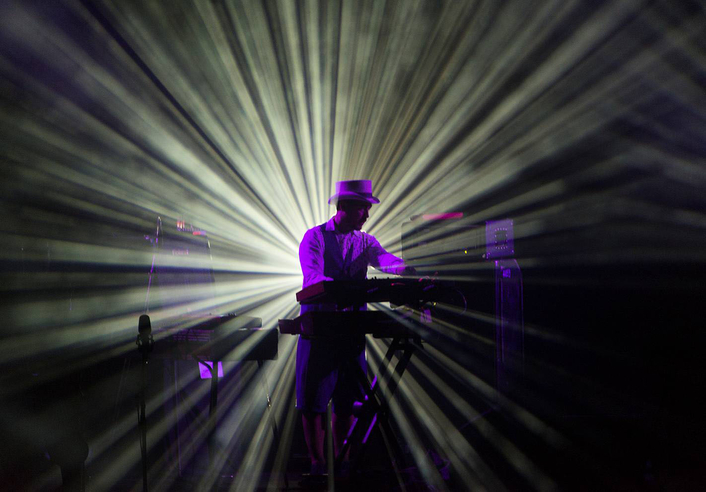 On Entec’s sound crew were Ed Hammond looking after monitors and Liam Halpin co-ordinating FOH, with Sam Manigley working as the stage technician.

Dick Hayes comments, “It was excellent being asked back to work with the band again, and we all really enjoyed the experience. We had a very happy customer and my guys told me that Chris Gee produced a fabulous sound with the system. We certainly look forward to working with them again”.