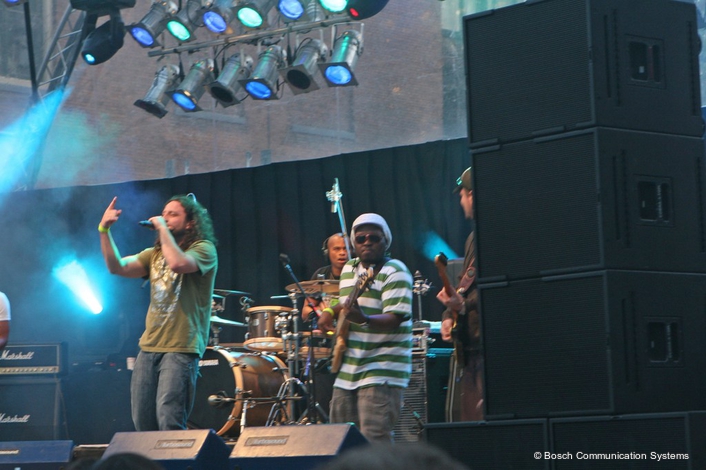 • The Dutch DYNACORD partner Electric Sound Benelux is offering present and future Cobra owners an extensive support package 
• In addition to attractive leasing terms and a rental network, the company is buying back ageing systems and providing valuable training opportunities 
• The customer base currently has over 460 Cobra cabinets at its disposal, but even these are often not enough to meet demand

After many years in the pro audio sector, the team from Dutch DYNACORD partner Electric Sound Benelux knows a thing or two about business. That being said, they also know where the shoe pinches… in financing, for example. As Electric Sound boss John Haug can attest, banks know little about the pro audio business or the profit to be had from investing in first class sound reinforcement systems. That’s why Haug has decided to make a virtue out of necessity: he is now running an in-house leasing company that allows customers to lease DYNACORD Cobra systems without a whole lot of red tape, and all with very attractive terms.

It’s an arrangement that offers customer minimal risk and the potential for maximum profits: “The Cobra is absolutely ideal for the bread-and-butter business,” explains Haug: “A village fair, a speech by the Mayor, a rock band in the town hall... the system is simply so versatile, so compact and so easy to work with.” With the initiative well underway, it appears Electric Sound Benelux has really struck a chord with the pro audio scene in the Low Countries. “People are having positive experiences with this and word soon spreads. The demand is great across the board.” Not least because fairness looms large in the equation. The terms are attractive, and anyone who does get into difficulties with the leasing charges – which happens rarely, Haug points out – meets with an understanding partner. “To a bank, a one-year old Cobra may not seem to be worth all that much, but we, naturally, take a different view of the matter – to the relief and delight of our customers.”

Another pillar of the marketing philosophy of the Dutch DYNACORD distributor is the rental business: C-4 For Hire is the name of a network of around seven Cobra users in the Low Countries. Haug brought the participants together around five years ago but stresses that theirs is a completely independent venture and that it operates as a separate business from Electric Sound. A successful one, though. “It’s a case there of companies helping one another out,” Haug explains, “because there will always be spikes in demand. On the 30th April, for example, the date of Queen Beatrix’s coronation, there are festivals and parties everywhere in The Netherlands, and the supply of sound reinforcement systems begins to run short. Fortunately, friendly companies in Belgium are ready to lend a hand.” Originally limited to Cobra-4 systems, the pool has now expanded to include Cobra-2 systems as well.

New for old – and getting ahead through knowledge

Accepting an old system in part-exchange – that’s something else the team from Electric Sound is prepared to do. The underlying philosophy is based on fairness as well as practical considerations. “We buy equipment that’s, say, ten to fifteen years old,” explains Haug, “and sell it in a region in which it will do no harm. The second-hand value of this is taken into account in a fair way when calculating the price of a new Cobra system.”

Rounding off the Cobra support package, a wide variety of training courses are offered by the Pro Sound Academy at Electric Sound’s headquarters in The Netherlands as well as the European headquarters at Straubing. Of course, all these initiatives would be a complete waste of time were the system itself not fully competitive. Fortunately it is. “Cobra represents high quality,” concludes Haug, “and thanks to regular updates and enhancements – the introduction, for example, of DYNACORD’s first class new amplifiers – the Cobra always keeps pace with the state of the art.”

The DYNACORD Cobra is an extremely compact, easy-to-use but nonetheless very powerful line-array system. It is notable for its broad horizontal coverage, low distortion and astonishing gain before feedback. The Cobra-2 system is designed to provide high-quality sound reinforcement for events in small marquees or halls in which distances up to 40 metres and areas of around 1,000 square metres have to be covered. The powered 4-way Cobra-4 system is designed for throws of up to 80 metres in medium-sized marquees and halls as well as open-air events. The Cobra’s references include productions featuring artists such as 50 Cent, Wyclef Jean and Eric Burdon.