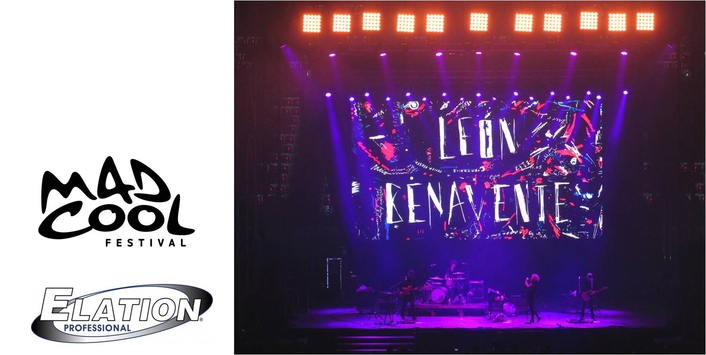 Mad Cool Festival is a brand new rock and pop music festival in Spain that debuted June 16-18 at the Caja Magica tennis grounds in Madrid. With a line-up that included Neil Young, The Who and The Prodigy, and a three-day attendance that topped 100,000, Mad Cool is off to an impressive start. Madrid-based PRG Spain was responsible for the audiovisual production for the festival’s three main stages and incorporated Elation Professional’s  Cuepix Panel™ LED matrices into the design for Stage Three, a 10,000-capacity stage located inside the main tennis court arena.

“The Mad Cool Festival has been one of our biggest productions this summer with 98 staff from PRG Spain, one full day of set-up and another of lighting, video and sound rehearsals prior to the three days of concerts,” said PRG’s Francisco “Pako” Palazon, head of production and lighting design for the three main stages. “We have a stock of 60 Cuepix Panel units and they get used constantly. At Mad Cool we made use of 11 Cuepix Panels as audience blinders at Stage Three.” 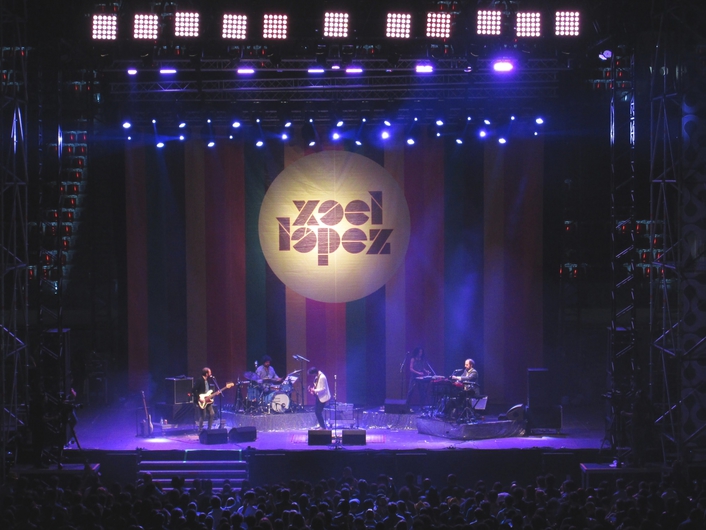 Stage Three was host to an eclectic mix of international acts like Bastille, The Kills, Flume and Django Django among others, alongside popular Spanish bands like 091, L.A., Leon Benavente and Xoel Lopez. Head of lighting for Stage Three was Gonzalo Plecel, who created the lighting looks and worked as lighting control operator for some of the bands playing there. He commented, “The Cuepix Panel units were positioned individually alongside the front truss-line above the stage. The different lighting designers that worked here with their bands used them primarily as blinders and also to output programmed sequences and chases with different colors according to their programmed lighting scenes for each song.” 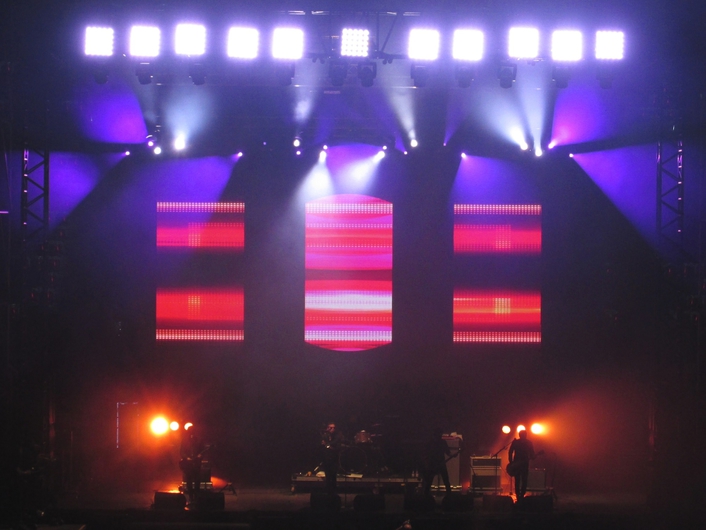 Douglas Valecillos, lighting designer and on-tour programmer and operator for the British electronic duo Monarchy, as well as the Spanish band Leon Benavente, made use of the Cuepix Panels on two consecutive nights while operating his own lighting programming for the two bands. He commented, “I have worked with the Cuepix Panel before and also with the Elation Platinum Beam 5R Extreme™. The Cuepix Panel has very commendable RGB color mixing and a very bright output. This is a lighting fixture that, from my point of view, is very resourceful and full of possibilities.”

The Elation Cuepix Panel is one of the entertainment industry’s most popular RGB matrix units. It houses 25x RGB COB (Chip-On-Board) LED modules rated at 30-watts of brightness each (for a total of 750-watts per unit) and, thanks to its individual control of each pixel, is ideally suited for installations and productions where multiple units are used together with pixel-mapping lighting programming. The Cuepix Panel also features RJ45-Ethercon IN and OUT connectors (as well as DMX XLR 3 and 5 pin IN and OUT connectors) and accepts control signals from Art-Net and KlingNet lighting protocols.

“We use the 60 Cuepix Panel units that we stock at PRG Spain on a constant basis, both as a flood light and high-brightness RGB blinder,” Pako Palazon concludes. “We also use them for pixel-mapped displays for EDM music festivals, concerts and large events and shows. Its high brightness and versatility - since it is a fixture that works very well for both RGB blinder scenes and also for graphics and visual texture programming with its pixel-mapping possibilities - alongside its ease of operation and assembly into large arrays, are all top features of the unit.”