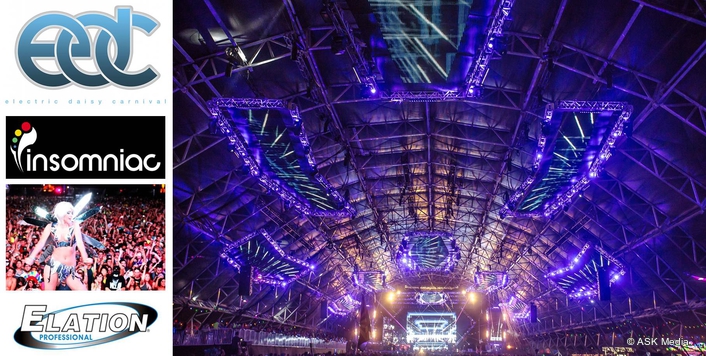 The event is huge with each stage capable of handling a major music production
EDC is a spectacular scene, a multi-sensory testament to the popularity of electronic dance music with some of the biggest names in the genre performing, including Avicii, Diplo, Afrojack, Carl Cox and Tiesto, many helicoptered in from the Vegas strip 20 minutes away to play to tens of thousands at each stage. Ferris wheels, fireworks, glowing sculptures, desert heat and beams of pulsating light all make up the EDC Las Vegas experience. 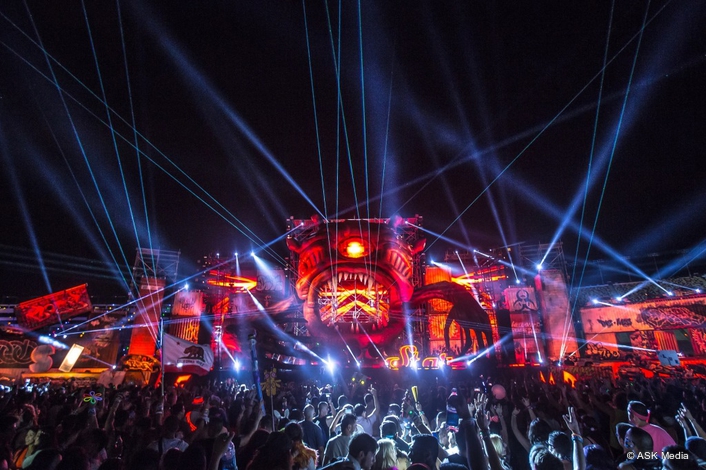 Lighting supply companies AG Production Services, Felix Lighting, Visions Lighting and Aspect Lighting all supplied Elation gear to the Vegas version of EDC with this year’s lighting and stage looks by one of the industry’s premiere designers, Steve Lieberman of SJ Lighting. Insomniac and Lieberman were praised for “creating diverse stages that felt like venues-within-venues” with a full range of Elation professional stage gear lighting the way from energy-efficient Platinum range professional moving heads and outdoor-rated LED video screens to Elation LED Pars, color changers, blinders and strip lights. Elation staff was on hand for any issues but support was mostly moral and not technical as the Elation products reportedly performed flawlessly the entire weekend. 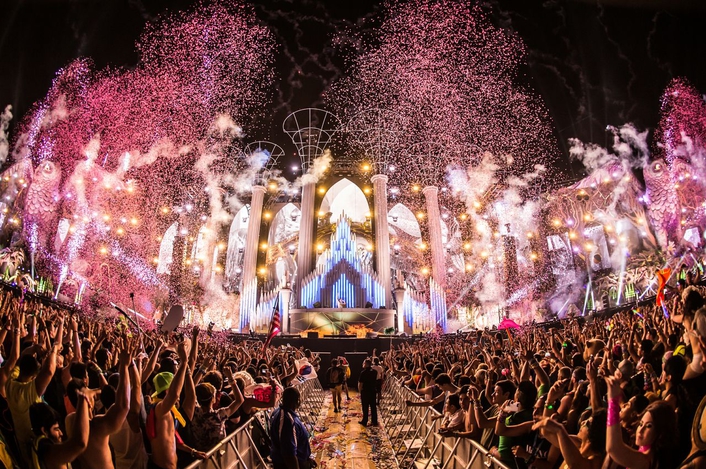 Although exact fixture counts aren’t available for the total festival, Elation products used at EDC Las Vegas numbered in the thousands. Some of Elation’s newest fixtures got in on the act as well. The new high-power Platinum BX beam luminaire with 350W lamp for example made one of its first outings at EDC and could be seen clear across the festival grounds, reportedly blowing away any other beam fixture at the festival.

The event is huge with each stage capable of handling a major music production, says Elation Sales Director Eric Loader, who experienced the festival first hand. "To say it is massive is an understatement. EDM is in full bloom and this festival is the culmination of the EDM experience. We were excited to see so many of our products in action and I can honestly say that festivalgoers were given a tremendous amount of production value and show for their money. With Elation products on 7 of 8 stages, it's a testament to our success in the production lighting market and we were proud to have such a large presence.” 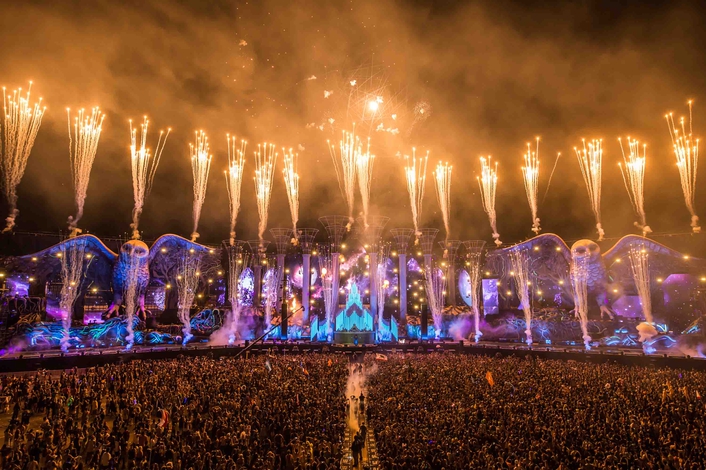