A top team of sound engineers was kept busy working on five of the Vi6s (with the other three on standby)
This year’s Eurovision Song Contest in Azerbaijan saw no fewer than eight Soundcraft Vi6 digital audio consoles, provided by Cologne-based rental company Toneheads, mixing the sound for the 42 contestants who took part.

The 57th edition of the Contest, held in the capital city of Baku, ran entirely with sound equipment provided from Germany—and Soundcraft digital mixing desks were used exclusively. Cologne-based Brainpool was responsible for the production and sub-contractor Toneheads executed the audio element of the show.

Toneheads already had a large inventory of Soundcraft Vi digital desks, and having provided successful solutions for shows like Schlag den Raab, TV-Total, and more recently Unser Star für Baku (the event seeking the German song entry for this year’s ESC) the decision was made to invest in several more Vi6s. This was based on the sound quality, reliability, user interface and flexible MADI routing capabilities of the Vi6, and enabled Toneheads to present a uniform line-up of the consoles at the newly-developed, 23,000 capacity Crystal Hall.

Rehearsals began at the beginning of May, culminating in two semi-finals followed by the Grand Final at the venue on May 26, which was won by Sweden’s Loreen Talhaoui. The show was estimated to have been seen by around 100 million TV viewers across Europe. 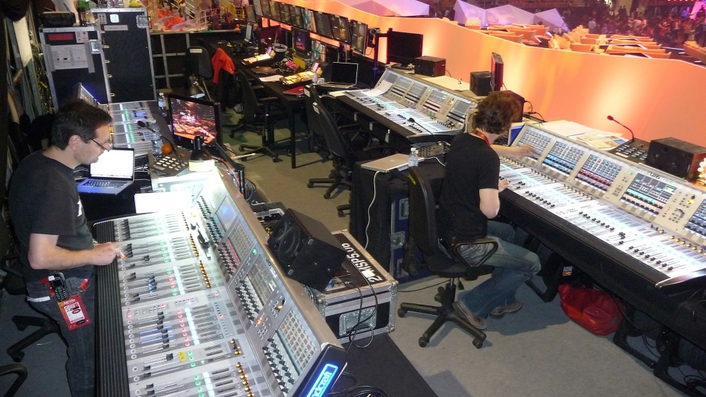 A top team of sound engineers was kept busy working on five of the Vi6s (with the other three on standby). Piloting the FOH mix for the main contest were Toni Kern and Guido Preuss, while the opening and interval acts (along with the moderation) were mixed on a separate desk operated by Matthias Reusch, Pit Lenz and Michael Neumahr.

Down in Monitor World three Vi6 consoles were in constant use. The contestants’ reference sound (and opening and interval acts) were assigned to separate Vi6s, with a further desk used in the In Ear Rehearsal Room. These were respectively under the command of Achim Lanzendorf, Lars Studer and Harald Jäger.

With so many acts taking part the sound crew had needed a superb sounding, resilient and — equally important — quick and easy to operate console. Having had so much experience with Soundcraft platforms in German TV shows, all responsible sound engineers were pleased to report that, once again, the Vi6's delivered in Baku. 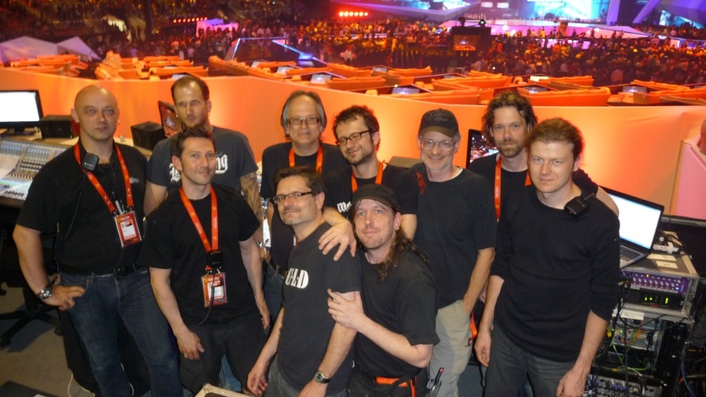 The toneheads team at the ESC 2012 in Baku