.
Friday the 13th does not seem like the kind of date that anyone would like to look forward to. For the Ehrlich Brothers however, Friday the 13th of July has become the date marking their greatest success as stage magicians so far. Almost ten thousand people gathered at the TUI Arena in Hannover, Germany, on that day to watch the two master illusionists kick off their greatest tour ever.

During the two and a half hour long show the audience was presented with an extremely varied collection of memorable performances. Boiling water was turned into ice, railroad tracks were bent with bare hands and even talking camels were part of this magic evening.

The secrecy surrounding the details of a modern magicians’ performance makes it sadly impossible to describe certain aspects of this production in great detail, however it can be revealed that coolux Pandoras Box products played a vital role during the execution of many of the Ehrlich Brothers’ tricks.

The highly acclaimed coolux Widget Designer software in particular made it possible to set up and control a great number of effects via a touch screen interface. 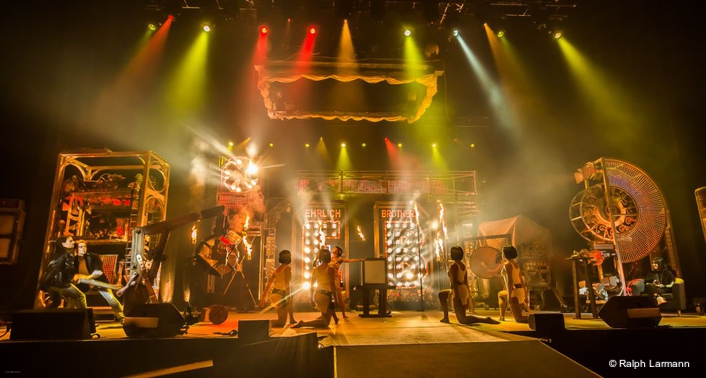 The coolux Widget Designer, in combination with other Pandoras Box software systems, controlled a total of 41 DMX universes. Other than being part of certain trick and kinetic setups, the Pandoras Box software was also used for different aspects of lighting control and was thus able to support the GrandMA.

A very convenient technical feature of the Ehrlich Brothers’ media setup was undoubtedly the automated live-input video editing, which was made possible through the use of an HD-SDI input card.

A coolux Sensor Link was vital for the reception and sending of kinetic movement data, as well as the spontaneous interaction with the artists on stage were. 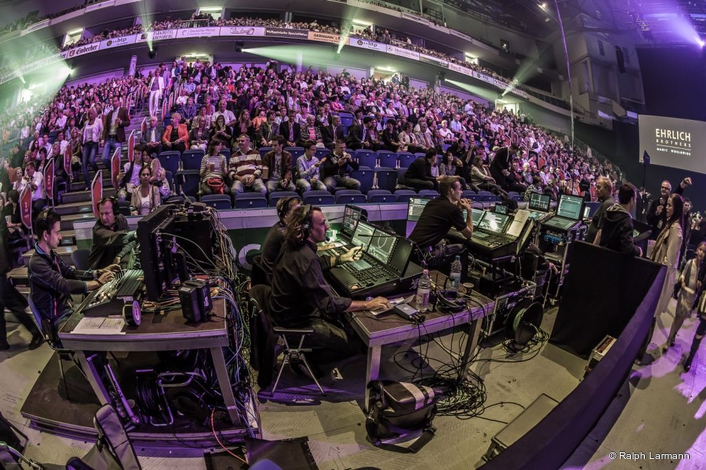 Looking at this impressive large scale production, one could be forgiven for thinking that the high tech elements might dominate this modern stage magic performance. Nothing could be further from the truth. In between the sometimes extraordinarily complex setups, the Ehrlich Brothers find the time to show off their sleight-of-hand skills and remind everyone in the audience that they are truly masters of their craft.