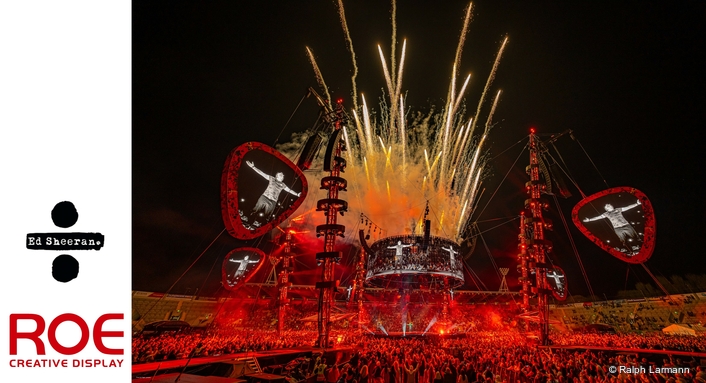 Ed Sheeran’s global tour is well underway as the captivating show continues to impress international audiences. The +–=÷x Tour (Mathematics Tour) is supported by long-standing touring partner, Colonel Tom Touring (CTT) and features a stunning stage comprised of an array of ROE Visual LED products. The Mathematics Tour is one of the latest projects the two companies have collaborated on, showcasing the incredible capabilities of AV.

The Mathematics Tour officially kicked off on April 23, 2022, in Dublin, Ireland. The Mathematics tour follows the multi-faceted artist’s ÷ Tour (Divide Tour) which toured globally from early 2017 to mid-2019. The Divide Tour was the first Ed Sheeran tour the partners collaborated on and served as a stepping stone for this larger-than-life concert experience. 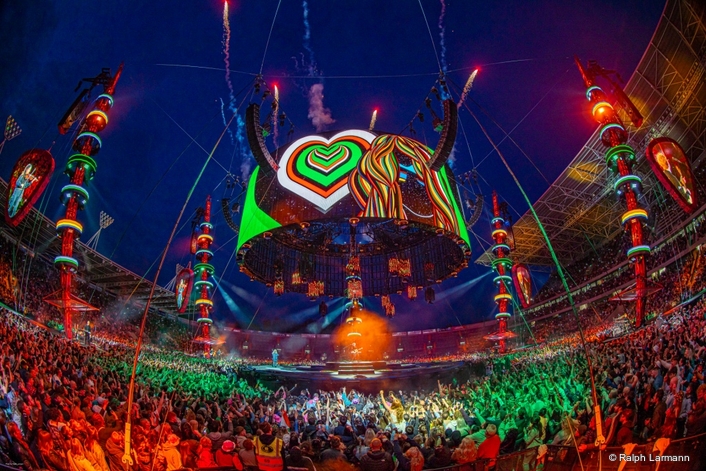 Though singer Ed Sheeran is known for delivering impressive performances for concert-goers, the show’s design itself has stopped many in their tracks. The stage is configured in the round with a rotating outer ring for maximum engagement. It features over 900 square feet of Black Marble (BM5) panels and functions as the centerpiece for an open-style halo, serving as the main display. This design utilizes just under 5,000 sq ft of Vanish (V8T) panels and incorporates the transparent nature of the ROE product. Surrounding the stage are six giant posts with six mini halos comprised of Carbon (CB5) tiles. From the towering posts hang six double-sided Carbon (CB5) plectrum displays resembling guitar picks. Altogether, the pieces form a cohesive stage design that enhances the vibrant colors and graphics representative of the tour. Colonel Tom Touring provided the full video display for the stage design in cooperation with Video Director, Phil Mead. 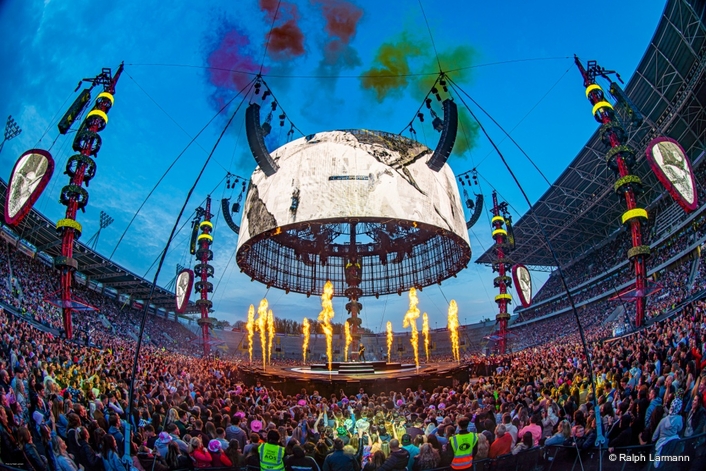 "Creating a 360-degree visual experience wouldn’t have been possible without high-quality ROE Visual panels," says Phil Mead. “This cutting-edge technology, together with our team’s expertise and technical knowledge, offered an unlimited canvas to the tour’s content designers, who were able to create unimaginably stunning visuals to complement this remarkable show.” 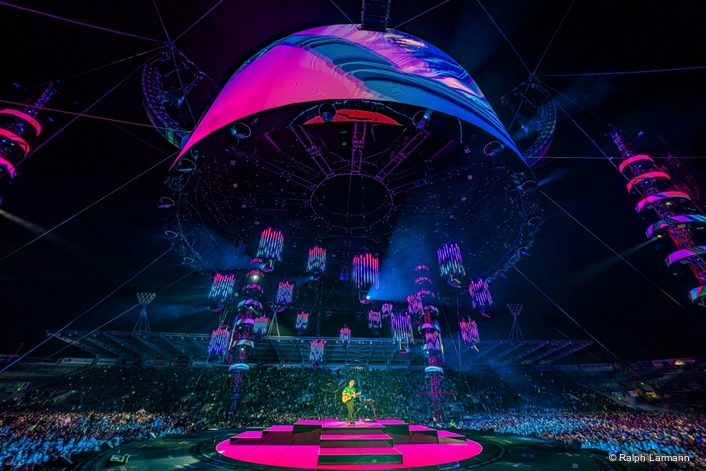 “The stage design for Ed Sheeran’s latest tour has been one of the most advanced tour designs, but also one of the most rewarding.” says ROE Visual US Managing Director, Frank Montero. “This is the second global tour of Ed Sheeran’s that ROE has supported with Colonel Tom, and we couldn’t be more thrilled with the results.”

More on Colonel Tom Touring: Colonel Tom Touring is a globally-recognized touring company that has been a staple in the industry for over a decade. Their talented video production team is comprised of experts who know what it takes to get the job done. CTT has offices in both the U.S. and the UK to best serve their clients and partners.

More on ROE Visual: ROE Visual is the leading LED creative display manufacturer in the industry. With adaptive LED platforms for every installation, they’re committed to going the extra mile for any creative vision. Their four locations in North America, Europe, and Asia position them as a truly global presence in the touring and live event space.