Echo Awards hits the high notes thanks to Sennheiser 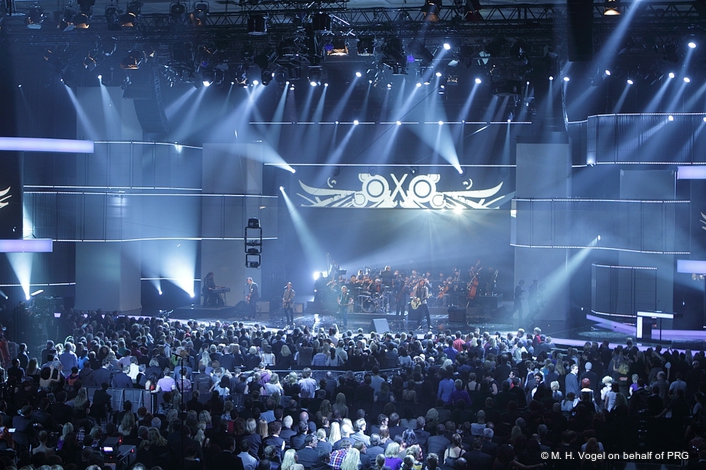 Impressive stage shows at the 19th Echo Awards – all audio, video, stage and lighting equipment was supplied by event company PR
Rihanna, Sade and Peter Maffay were just some of the artists who took to the stage for the 2010 Echo Awards at the Palais am Funkturm in Berlin in March. The 22-year old Barbados-born singer stole this year’s show with a performance of her latest single Rude Boy, her first on German television, alongside two giant animatronic robots. Pop newcomer Ke$ha treated the audience to a raucous rendition of her recent number one hit Tik Tok while Sade performed Soldier of Love from her new album. At the heart of the 2010 awards, making sure all the performances wowed the crowd, were Sennheiser’s microphones and monitoring equipment.

2010 marked the 19th anniversary of the Echo Awards, the German equivalent of the Grammys and the Brits, which give equal weighting to German and international artists. Tickets sold out in a record seven minutes and expectations were high, so it was important that the sound quality was perfect.

As the venue was situated close to a radio tower and the biggest broadcast station in Berlin, this was not an easy task for Hamburg-based PRG, who were responsible for the entire audio, video, stage and lighting technology at the event. Special concern was caused by a significant number of 25-watt transmission lines close by, which could have massively interfered with wireless equipment. Weeks in advance, PRG had commissioned frequency manager Svenja Dunkel to coordinate the frequencies for the Echo Awards and arrange for the necessary RF wireless equipment. Her job also involved accommodating a number of requests from artists, such as alternating between a microphone and a headset within the same song. 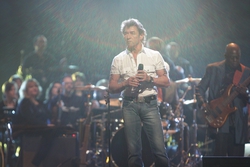 During the awards ceremony Beth Ditto used a Sennheiser evolution wireless monitoring system for the first time during American indie rock band Gossip’s performance, and liked it so much that she continued to make use of it back-stage to communicate with her team. The unexpected talking point of the night was in fact Rihanna’s racy performance of ‘Rude Boy’ alongside two robots, one of which spurted water over her. She relied on a Sennheiser SKM 5200 with MD 5235 capsule during the performance, as did the likes of German solo artists Xavier Naidoo, Jan Delay and Peter Maffay. Beth Ditto sang with an SKM 935/EM 2050 combination, while Sade had an SKM 5200 with a special capsule made for her – she incidentally used a Sennheiser wireless microphone for the very first time. 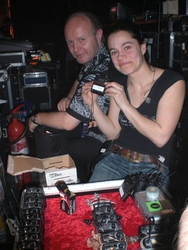 “The Echo awards have a history of showcasing the latest sound technology dating back to the introduction of the ME 36 lectern microphone some years ago,” said Oliver Voges, event FOH engineer. “This was introduced as ‘the’ new speech microphone at the time – it is now the industry standard used worldwide for TV shows and other events. The MD 5235 capsule has the ability to go the same way over the next few years, and become the standard for hosts and singers alike.”

In total, there were more than 100 microphones on stage, including backline, choir and backing vocals – about 80 of them were Sennheiser – while all wireless monitoring systems used during the awards were also Sennheiser. “Working with Sennheiser equipment is always a pleasure. Everyone was very happy and the high levels of flexibility made everyone’s lives easier,” said Svenja Dunkel.