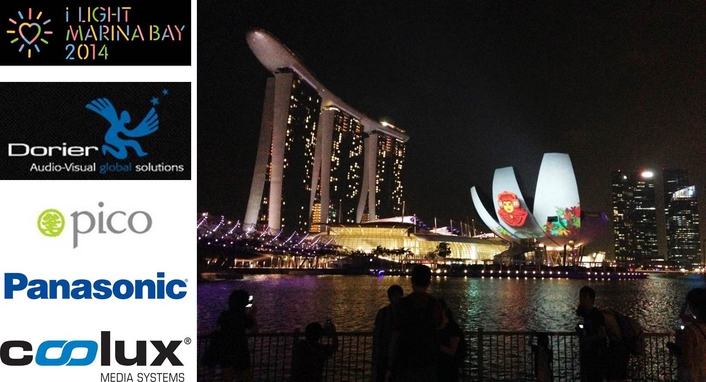 .
During the i Light Marina Bay 2014, a biennial event that was held from the 7th to 30th March in Singapore, visitors to the Marina Bay were able to witness a beautiful projection mapping event.

A very special highlight was without doubt a beautiful projection mapping, which used the ArtScience museum’s landmark architecture as its projection surface. 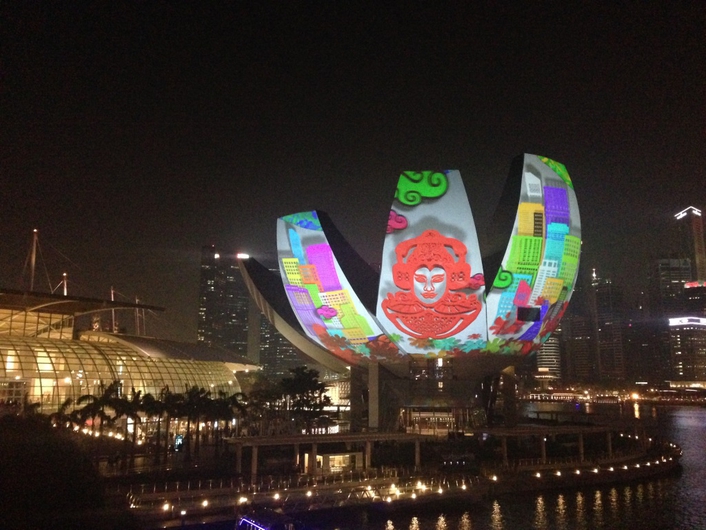 The acclaimed local artist Justin Lee and Dorier Asia Pacific Pte Ltd were enlisted by Pico Art International Pte Ltd, who were the overall event managers of i Light, to realise the ambitious project.

Two coolux Pandoras Box QUAD Server systems were used in conjunction with 16 Panasonic PT-DZ21K projectors in order to deliver the accuracy, reliability and artistic flexibility needed to do justice to the beautiful designs.

One of the first steps for the Dorier Asia team involved a laser measurement of the ArtScience Museum’s petal like exterior. The point cloud data was then simplified into a grid that was then passed on to the content team. The same grid was also used inside the Pandoras Box QUAD Server system, of which there were two on site. One of the servers acted as the primary main system and an additional QUAD Server was used as a full backup. Although the grid was accurate, on site warping via the Pandoras Box was necessary, without which the team would not have been able to work efficiently and to accurately calibrate the projectors. 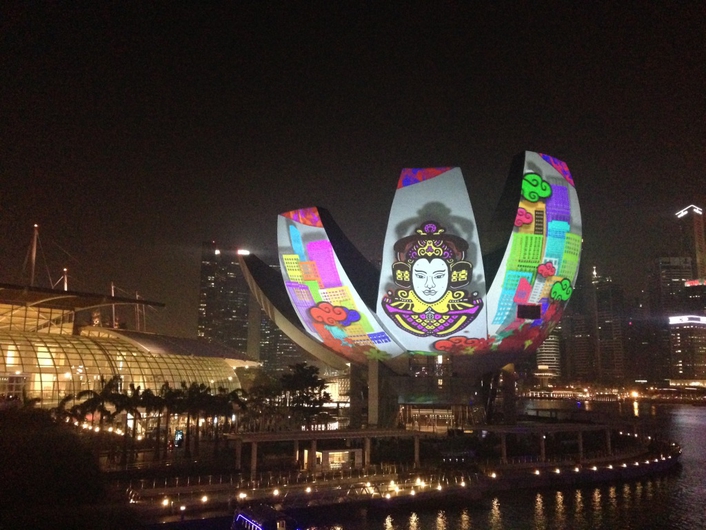 Justin Lee provided stencils of his artwork, which the design team then used for creating and compositing a collage of moving imagery and backgrounds reflecting the local Singapore “flavour”, an overall look both contemporary and authentically local.

Finally, a soundscape was also custom made to match the inspiring artwork.