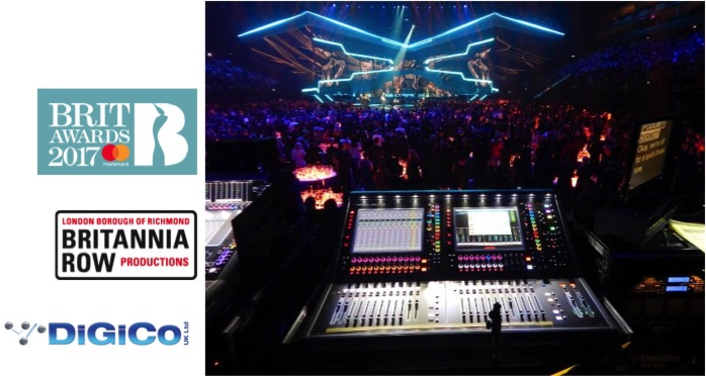 The Brit Awards is one of the UK music industry’s most prestigious events and was broadcast live to around 5.4 million viewers on British television channel ITV1 alone this February. An event this important necessitates an audio system that can handle a complicated set up, with a quick turnaround for performers and presenters, and one that gives total reliability. This exacting task was once again undertaken by Britannia Row Productions. For the last three years, they have deployed DiGiCo digital mixing consoles as part of their set up, but this year, they relied solely on the British manufacturer to provide the faultless control they required.

Two DiGiCo SD7s were positioned at Front of House, manned by Josh Lloyd, lead technician for Britrow, with Chris Coxhead using two of DiGiCo’s new SD12 consoles for the hosts, presenters, winners and guests. A further two SD7s were at the monitor position for the performers, manned by Wayne ‘Rabbit’ Sargeant and Jimmy Nicholson. 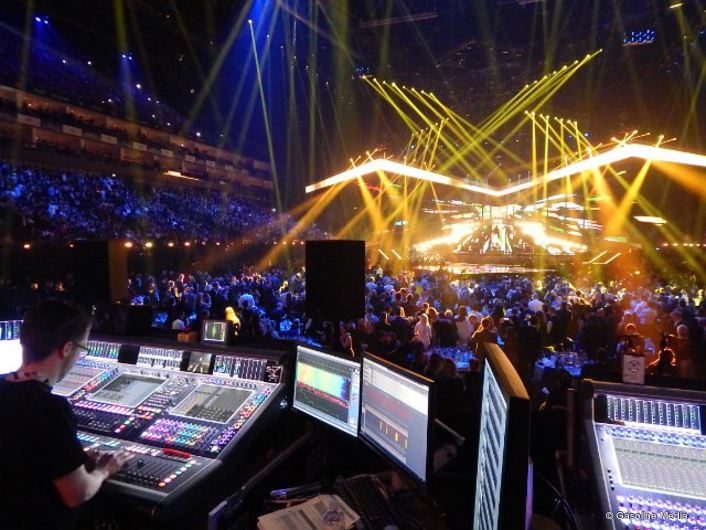 As well as having a live audience at The O2, the Brits is a live-to-air television show with a large global audience, so we needed to make sure we had full redundancy,” explains Josh. “Consequently, I had a main and a backup SD7, two SD Racks with an A and B set of inputs, plus a Mini Rack for all playback, radio mics, etc., at FOH. I had a further SD Rack to handle effects and local inputs and outputs, so all the I/O was on the optical network if I needed to switch consoles. I also deployed a DiGiCo Orange box for the Waves setup, which we ran on an external computer; it really helped us because both engines on the SD7s could see Waves as well as allowing the backup console to see it in case of a change over. The OB truck received analogue splits on stage, where they mixed the show separately for the broadcast element. 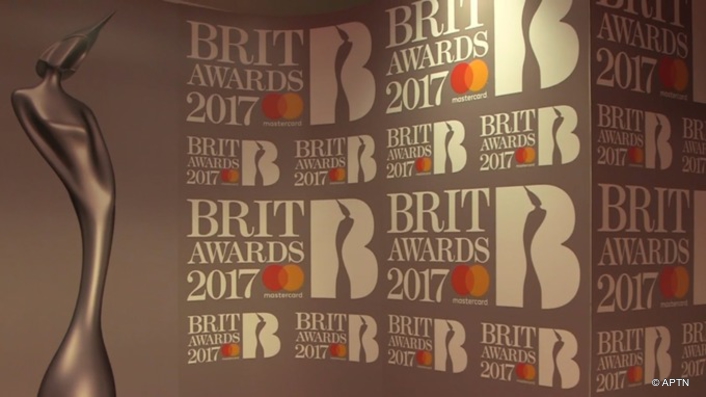 “The two SD12s were also a redundant pair, with two SD Racks for inputs on stage and I/O. Again, all inputs were on the optical network and mirrored. The SD12 was the step forward for us and for Chris Coxhead. Even though his channel count isn’t particularly high, he always wants to have 24 faders in front of him to be able to easily handle the winners, guests and presenters’ mics. For the amount of information he needs to have in front of him, the SD12’s two screens and small footprint made it the ideal desk. Both our SD12s had come straight off DiGiCo’s production line, everything, including mirroring, worked straight away and we felt confident to have them on a show of this magnitude. It worked really well for Chris as he had the security and familiarity of using DiGiCo, just with new worksurface.” 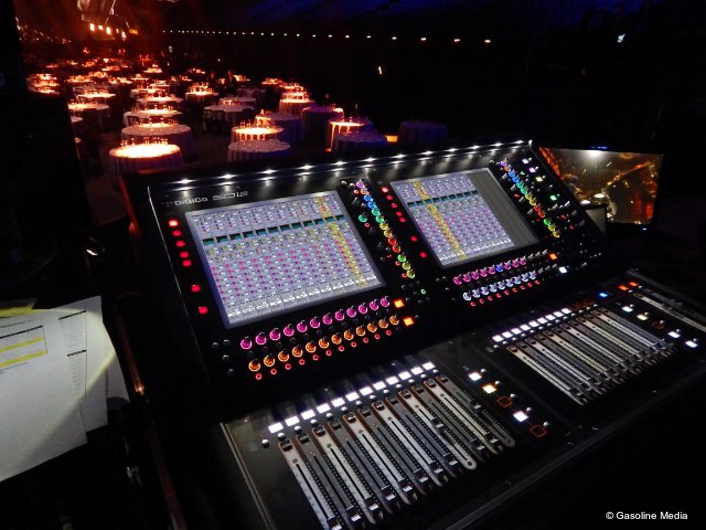 The monitor position SD7s were set up as an A/B system, allowing them to flip between artists,  checking in ear monitors and for preshow checks. For playback and radio mics, each console had its own Mini Rack, allowing them to see all inputs at all times.

“Normally a few of the bands insist in bringing in their own desks,” says Colin Pink, who headed up the audio team. “However, because of DiGiCo’s dominance in the market and their products great flexibility, this year every band was happy to use the in-house consoles rather than bringing in their own. The one exception to this rule was Coldplay, who like to have their own system, as the integration to the rest of their racks is rather complex. But as they use SD7s, it was DiGiCo all the way.” 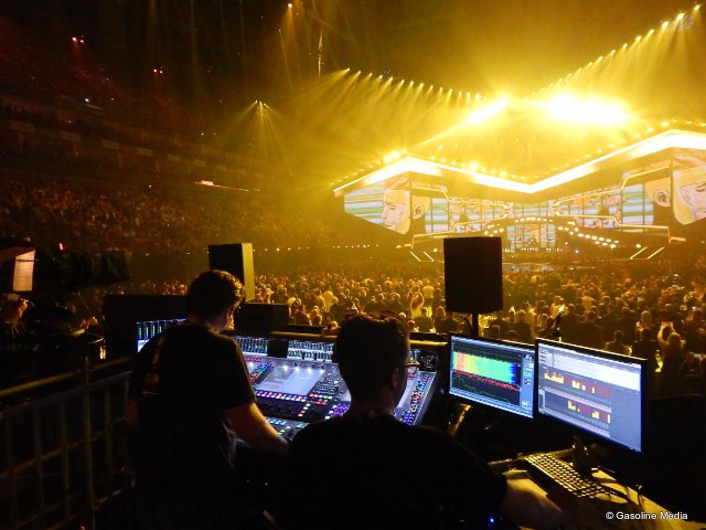 “In terms of what I had to do, I don’t think there’s another console that could handle a show that complex,” says Josh. “I made use of the console’s Snapshot facility to run scenes, which makes things very smooth for line checking as I don’t have to load any files during the show. There were a couple of bands that rehearsed off site, and the bands that use DiGiCo on a regular basis already had sessions they wanted to use. For those offsite, I could send them a template to use for rehearsals and for bands that wanted to use their own show files I could use either presets or the partial load function on the session page. You can’t really do that on any other desk. We had DiGiCo’s Mark Saunders available during the show and Dave Bigg came down for prepping. The support has always been fantastic. It all worked extremely well.”

“The Brits was a fantastic experience fo‎r me, due in large part to having DiGiCo consoles available and their support staff on site,” concurs Dave Rupsch, monitor engineer for Katy Perry. “I was easily able to load my preset folder containing EQ, dynamics, and effects settings and be up and running quickly, while being able to maintain the complex show infrastructure of a live television broadcast.” 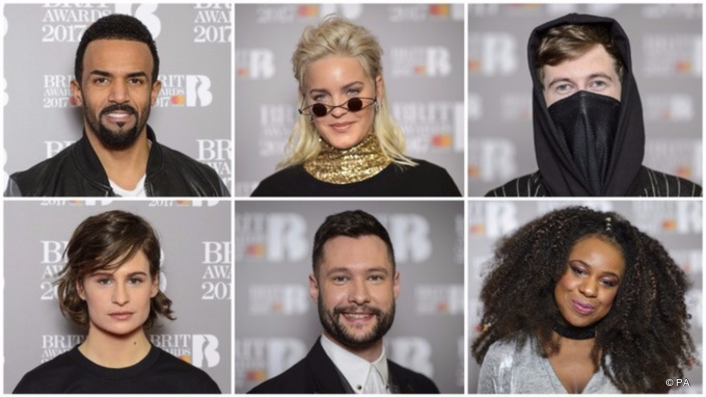 “Having DiGiCo on board for the entire show made the system as a whole relatively straightforward and meant that we had a lot of redundancy if anything had gone wrong,” concludes Colin. “However, all the equipment performed flawlessly and we had a very smooth show. The main award sections of the show being controlled by two of the new SD12s running in mirror mode provided Chris Coxhead with a great ergonomic surface, coupled with a good backup system.

“The SD12 is a great small footprint desk. The increased slope angle of the surface is great and the fader metering is vastly improved. It’s a great addition to the SD Range. With ten artists on the bill The Brits is a complex show. I find the DiGiCo solution allows me and my team the flexibility to provide the visiting engineers the solutions they need to get a great performance for their artists and for the show as a whole.”