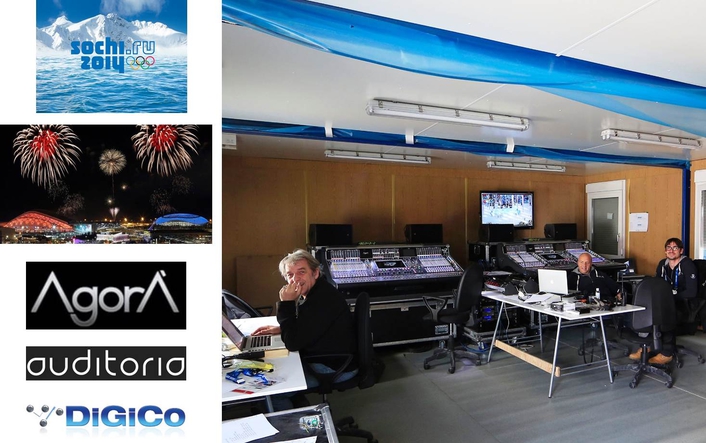 .
Scott Willsallen, director of Auditoria Pty Ltd (Australia), was Audio Director and Designer for the opening and closing ceremonies of the Olympic and Paralympic games at Sochi’s 40,000-seat Fisht Olympic Stadium, at which DiGiCo consoles played a major part.

Scott was engaged initially by the Ceremonies Staging Agency for the first stage of planning work, then CSA engaged Five Currents to deliver the Olympic Ceremonies and World Wide Shows to deliver the Paralympics, who engaged him for the delivery stage.

The bid for tenders to provide the ceremonies’ audio equipment and a 34-member team of specialists who installed and managed the impressive set-up (with nine containers of equipment) was won by Agorà of L’Aquila (Italy), who is no newcomer to Olympic events, having supplied equipment, logistic support and technical staff for Turin’s 2006 Olympic and Paralympic Games’ opening and closing ceremonies.

Scott explains, “The console network at Sochi was quite similar to London 2012. FOH, monitors and main broadcast each had a pair of mirrored SD7 consoles, one of which was connected to the Optocore network via MADI, the other to DiGiCo SD Racks, also via MADI. Using MADI as the connectivity for all consoles makes mirroring the SD7s really easy and ensures 100% fail-safety not only on the mixing systems, but also the signal transport networks.” 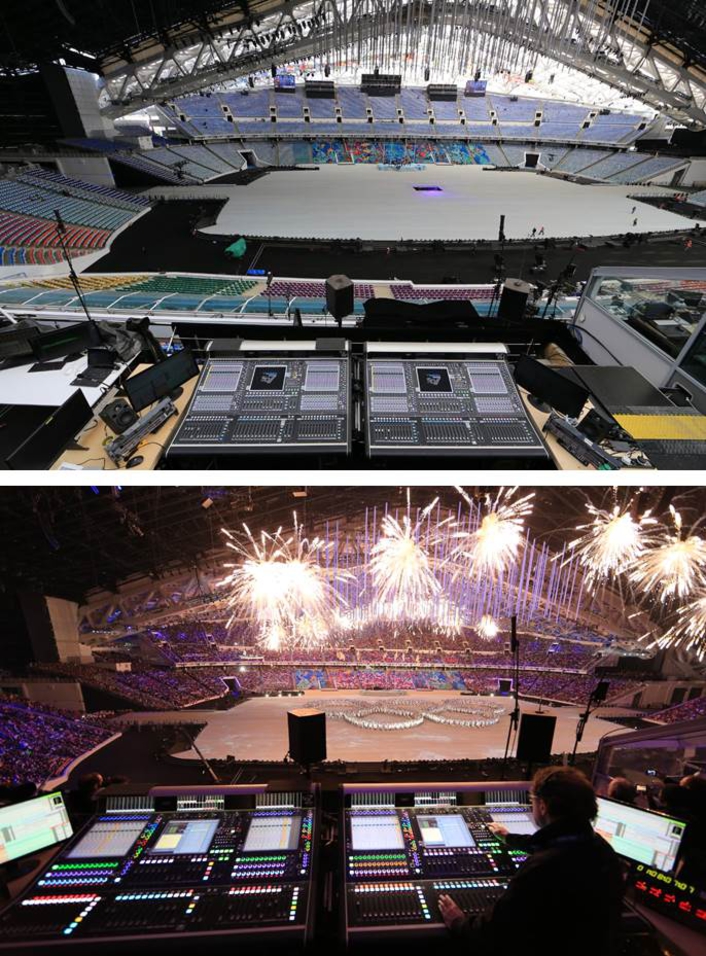 The FOH consoles (helmed by Richard Sharratt) were on Level 5, at the northern end of the show control rooms. The monitor consoles (manned by Umberto Polidori of Agorà) were located adjacent to the patch room, on level 3 back of house, and the broadcast facility (in the capable hands of Andy Rose) was located next door to the Olympic Broadcast Service (OBS) OB trucks in their compound. Griff Hewis on the other hand manned a pair of mirrored SD11 consoles (also connected to the network) and looked after the “atmos” sub-mix; the 5.1 audio was mixed with stereo crowd mixes to obtain the sonic environment of the venue. Justin Arthur (Auditoria) configured the consoles’ audio and data networking whilst  Agorà’s Senior System Engineer at both ceremonies was industry veteran Daniele Tramontani. Audio Consultant Bobby Aitken worked with Scott to EQ the Olympics’ system along  with Richard Sharratt who was EQing stems received from the music department. 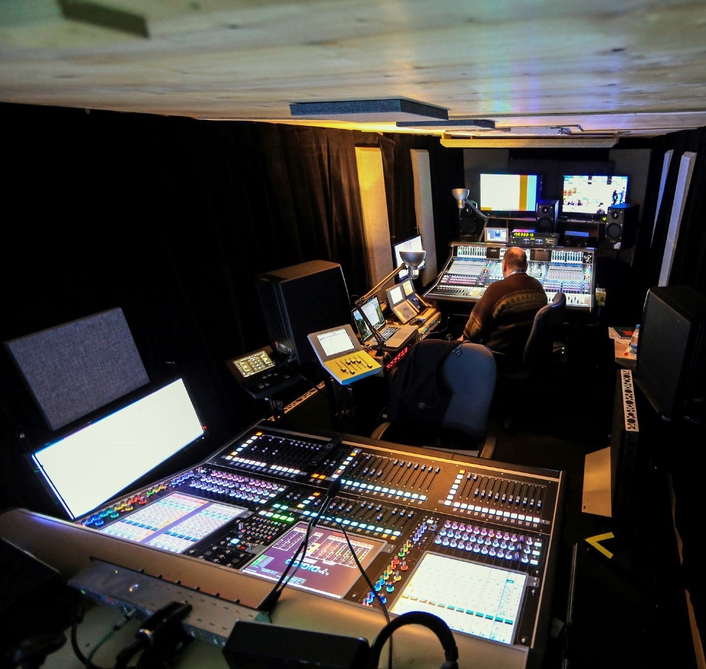 In addition to the main consoles, seven SD11 surfaces consoles were also deployed and used as a monitoring interface for the replay team, patch engineer and RF engineer.

There are always challenges to overcome in order to accomplish such a large event so smoothly, Scott reports, “One big issue faced was the transportation of the broadcast audio facility, which was unable to be freighted directly from Rome to Sochi, so we had a very brief period to dismantle the truck, pack the equipment for air freight and build the facility into portable cabins, which were acoustically treated on-site while the equipment was being pushed through customs. This was accomplished in just three days - a great job by all concerned!”. 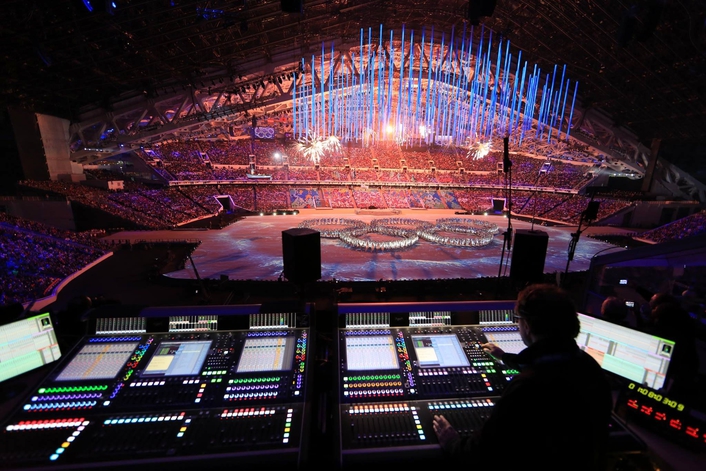 As well as London 2012, Scott had in fact already spec’d DiGiCo consoles on other large projects in the past, such as Doha 2011 Arab Games Ceremonies, 2011 and 2003 Rugby World Cup Ceremonies and the Athens 2011 Special Olympic Games Ceremonies, and has no doubts regarding the reasons he found them particular suited to use on such events, highlighting, “Their integration of MADI and Optocore, as well as their reliability, wide availability, wide industry acceptance and the unparalleled support offered by DiGiCo UK.”

Agorà, founded in 1990 by brothers Wolfango and Vittorio DeAmicis, has worked with DiGiCo from the manufacturer’s outset. The rental firm’s first D5 was actually delivered directly to one of the annual “Pavarotti and Friends” charity shows in the late tenor’s home town and immediately put to work with a star-studded cast.