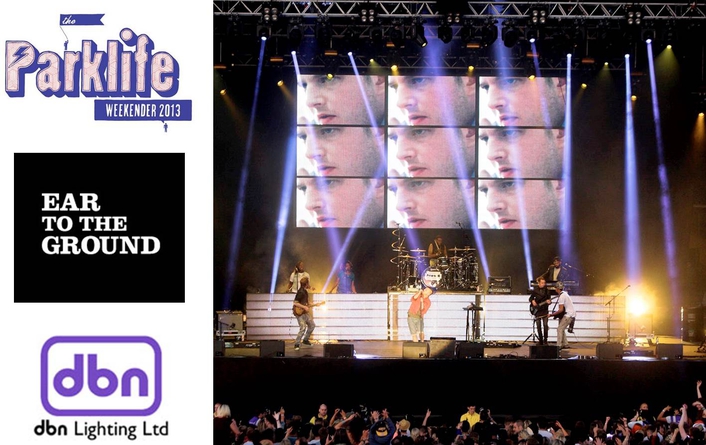 .
Manchester based dbn Lighting supplied lighting equipment, LED screens and a top crew to seven performance areas at the vibrant 2013 Parklife Weekender Festival in Manchester, which moved for the first time to a new venue in Heaton Park, complete with an expanded capacity and up to 50,000 guests a day.

dbn’s Nick Walton and Nick Buckley Project managed the event, taking care of lighting and visuals for  the Main Stage, Stages 3, 4, 7 and 8,  the VIP area and the Tree House.

Working for Ear To The Ground, they provided over 250 moving lights site-wide and engaged in extensive advanced planning to ensure that everything ran smoothly and seamlessly once on location. The operation involved 12 dbn crew the week before, all working very efficiently to maximise time and resources. 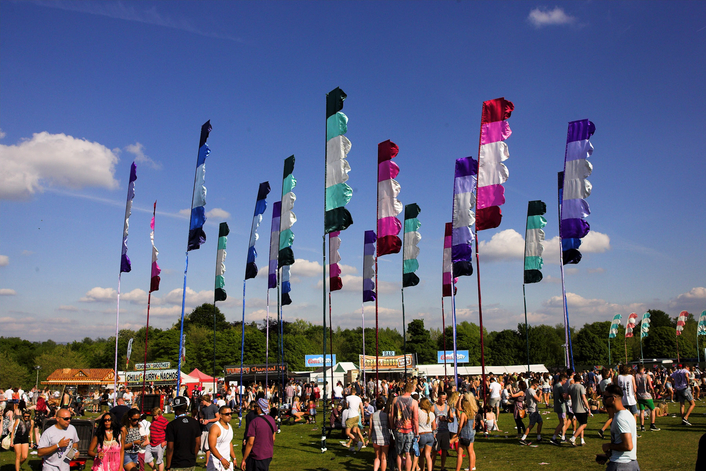 Nick Walton and Nick Buckley produced a production design for all the areas in which they were involved.

On the main stage – a large 18 metre wide structure from Serious Stages – this was based around the specs of the two headline acts – Plan B on Saturday and Example on Sunday, - who were part of an eclectic and exciting line up which enjoyed glorious summer weather across the weekend. 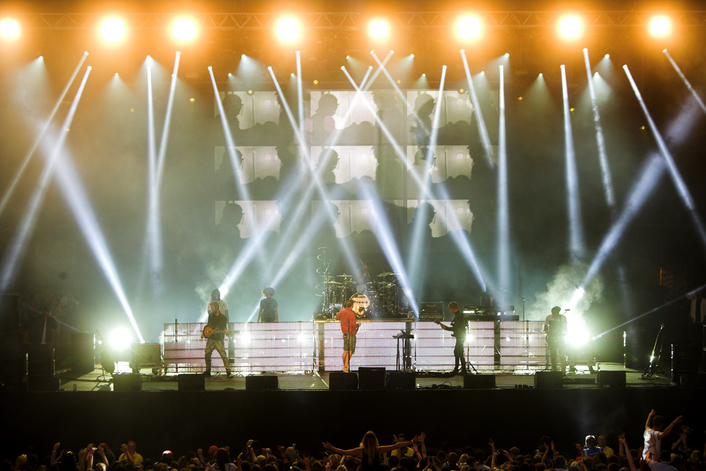 Moving lights on this stage were exclusively Clay Paky and included 18 x Alpha Wash 700s, 16 x Alpha Spot QWO 800s and 18 Sharpies, plus Atomic strobes with colour changers and a selection of generics like Molefeys, plus ARRI 2K fresnels for fillers and white light during the daylight hours. 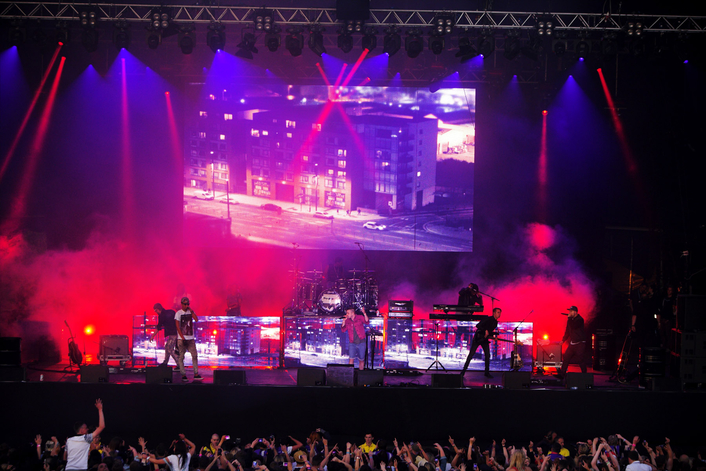 The house lighting console was an Avolites Tiger Touch and a grandMA2 full size was provided for guest artists (with another running in full tracking backup). Some bands brought their own LDs and lighting and visuals for the others was operated by rising dbn star, Ed Croft.

Says Nick Walton, “We all love working on this festival, it has a very unique friendly and accessible atmosphere, and it is great to see a locally based event evolve and enjoy such great success”. 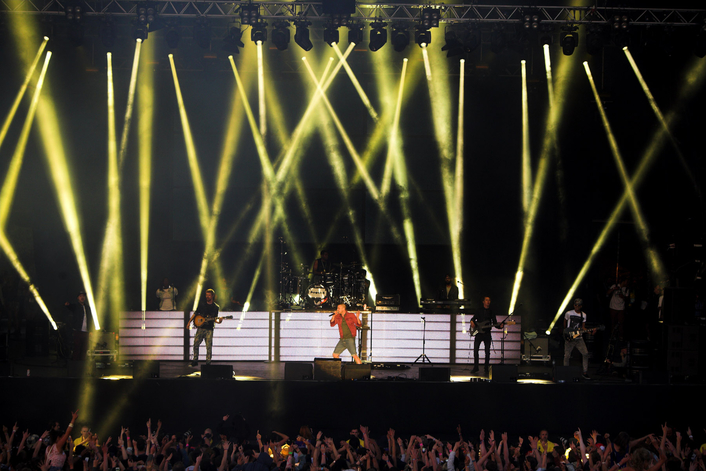 The house lighting for Stages 3 and 4 was designed by Nick Buckley. All arenas excluding the Main Stage flip-flopped to a different hosting club / organisation over the two days.

Stage 3 lighting included 76 moving fixtures – a mix of dbn’s new CP Sharpy Washes – the first batch of which were delivered just in time for Parklife -  Alpha Spot 575s and Robe ROBIN 300E Beams - with a big concentration of lighting the audience as well as catching the stage action. Lighting was run by Phil Woodridge using an Avolites Pearl Expert console 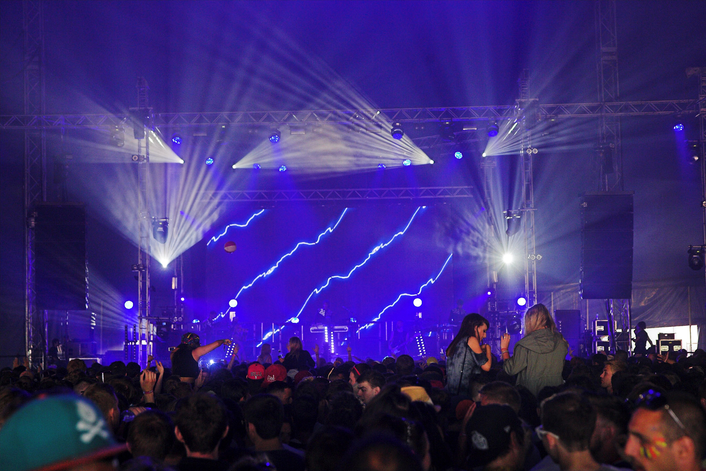 Stage 7 saw a further combination of the compact Robe ROBIN 300E Beam and CP Alpha Spot 300 fixtures together with a host of Spectral 2500 Zoom LED fixtures and Showtech Sunstrips traversing the length of the tent. All of this was programmed and operated by Anthony Owen on another Avo Pearl Classic. 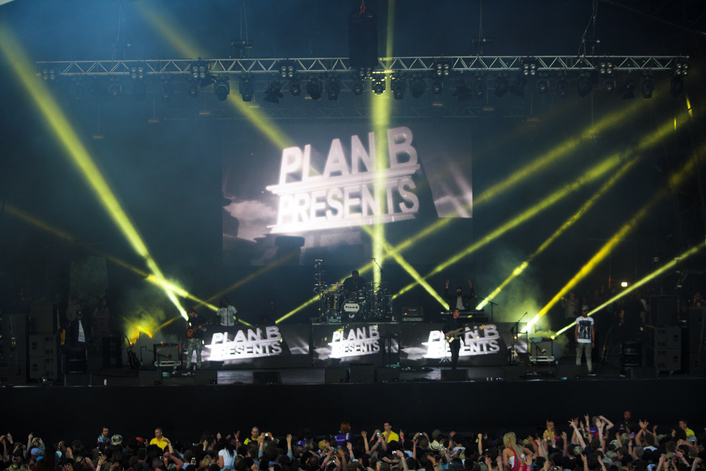 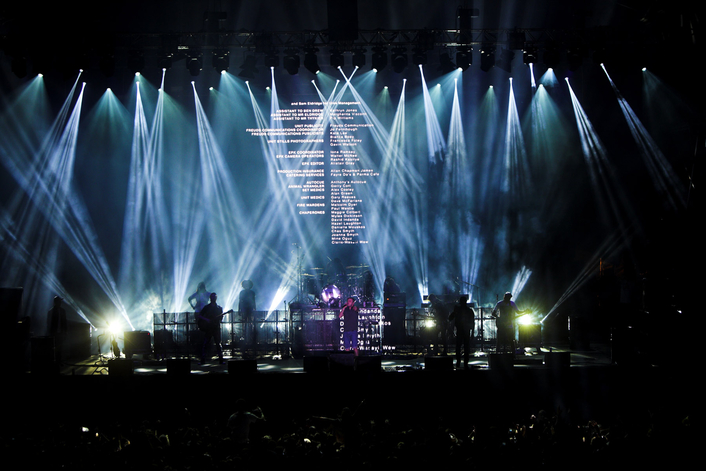 Stage 8, the outdoor Terrace was hugely popular due to the fantastic weather. Finished in corrugated iron bringing a flourish of industrial chic to the lush greenery of Heaton Park, it was illuminated with CP Alpha Wash and Alpha Beam 300s, Alpha Profile 700s and BB4 LED ‘blinders’. Spectral 2500 Zooms and Studio Due City Color floods were used to highlight the set, all controlled from side-stage by Eddie Marriot and an Avo Titan mobile – chosen for its small footprint.

In addition to all this, dbn supplied 55 panels of its Hartwell Media 18 mm LED screen to Stage 6.

Nick Walton concludes, “The organisers ensured that the production values stayed high with the move to Heaton Park, and the additional space helped the whole flow of the event technicals. The excellent line up also boosted the overall vibe, and the sunny weather was the icing on the cake!”

Parklife
Ear to the Ground
dbn