CT Projects the Magic for Wicked

.
WICKED, the award-winning musical that tells the incredible untold story of the Witches of Oz, has taken to the road for it’s first UK and Ireland tour kicking off in Manchester and winding it’s spellbinding way around the British Isles and Ireland well into 2015.

No stranger to the show, Creative Technology’s (CT) seven-year relationship with Wicked’s successful West End tenure at the Apollo Victoria Theatre is continuing with the Show’s touring side in providing video projection and a full replay system for the supporting imagery. 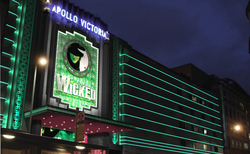 Supplying Wicked UK Tour Productions two Panasonic PT-DZ133 projectors, both of which are positioned at the front of the Circle and aimed at the stage, CT is also providing main and back up Catalyst Media Servers to output the video to the projectors. CT’s Project Engineer Chris Higgins assisted Projection Designer Elaine J McCarthy and her production crew in setting up the projection and replay systems for the opening of the production. The tour crew will now take care of the system and its travels around the British Isles with full remote support provided from CT’s London office. 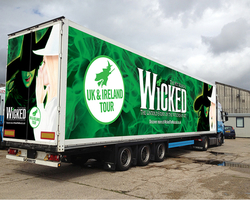 Richard Bullimore, Production Manager on the Wicked UK tour, contracted CT to provide the projection equipment on the back of their involvement in the West End Show. Recently awarded an outstanding achievement award in production management at the Technical Theatre Awards, Bullimore is a long time client of CT’s having previously worked with the Company on Shrek and Evita.

The multi-award-winning stage musical with music and lyrics by Stephen Schwartz, has been reviewed as "A stunning production. Wicked will engage, enthral and entertain everyone who decides to enter its magical world." (John Roberts, The Public Reviews). 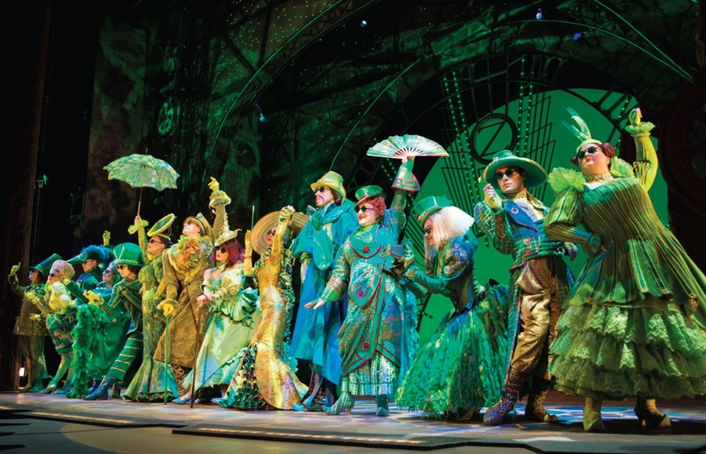 About Creative Technology
Creative Technology (CT) is arguably the world’s largest AV specialist with operations across Europe, the US, Asia and the Middle East. With a vast inventory of LED, Projection and display products, combined with Media Servers and production systems suited from the smallest theatre production to the largest Opening Ceremony, CT can provide everything needed to turn creative ideas into technical reality.